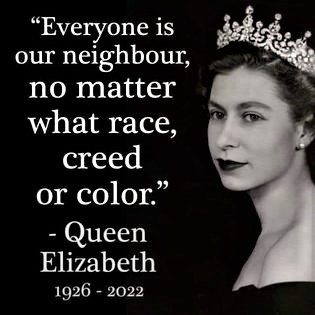 Two rainbows appeared over Buckingham Palace shortly before it was announced that Queen Elizabeth II had died on Thursday, Sept. 8, at the age of 96. Although the Queen died “peacefully” at her summer home, Balmoral Castle in Scotland, “The presence of the rainbows over the palace from which she reigned for 70 years was stunningly beautiful — and a little magical.”

BBC announced, “It is with great sadness but also with profound gratitude that we express our deepest condolences on the passing of Her Late Majesty the Queen. She lived a life of service to humanity with selflessness and humility, courage and compassion.”

President Joe Biden and first lady Jill Biden issued a tribute to Queen Elizabeth, calling her “a stateswoman of unmatched dignity” who “defined an era.”

“Change has become a constant. Managing it has become an expanding discipline. The way we embrace change defines our future.” – Queen Elizabeth.

In these times of change she remained centered in her elevated self respect and inspired the nation in times of war with “her leadership, constant dedication to duty, love of country, and love of life.”

“When I was 21, I pledged my life to the service of our people and I asked God to make good that vow.” 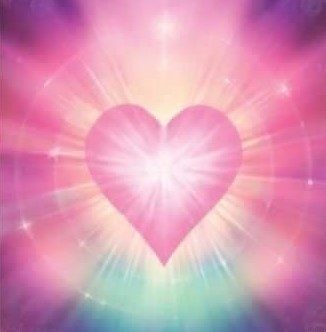 “At age 25, ‘in my salad days’, when I was green in judgment,” she ascended to the throne and is the longest reigning monarch in British history.

Elizabeth’s life spanned a period of major political change for the UK including a world war, decolonization, and Britain’s withdrawal from the European Union.  Being a Queen, a mother, and then a great-grandmother, she endured and remained stable during the conflicts within the monarchy, and the deaths of many of her beloved family members. The new PM of UK, Liz Truss, spoke of her as “a rock of stability for the nation, her realms and the Commonwealth.”

Elizabeth had gentleness, good humor and understanding. She reminded us of the lesson to check our head, heart, and vision. Her smile first came from her heart and then she spoke.

When we follow suit, both the hearts of others as well as our own become happy.  Smiles add value to our face. Love adds value to our hearts and vision. Respect adds value to our behavior, and God adds value to our lives and destiny. Even with so many activities to be carried out, she set an example, kept courage, an honest heart, and had faith that God is giving help.