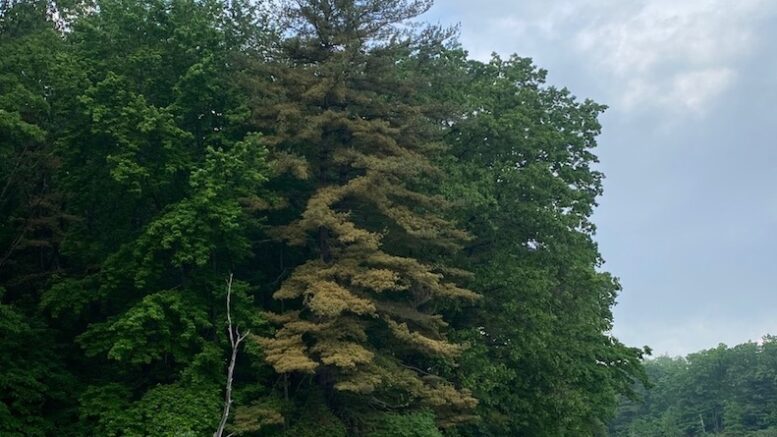 This photo shows a white pine, which should be a bright green but appears quite brown. Some of the color is due to male pinecones, but too much of it is due to dying pine needles. Provided photo.

Climate change is having its impact as we watch the news, with fires and extreme heat in the west along with drought and tornados. We have our own impacts in the Twin Tiers.

Pine species generally lose their needles after two or three years, but not like this. This early needle fall is due to spring rains instead of late snowfall, along with warmer temperatures. This has created an environment conducive for bacteria and viruses to attack the needles and cause the scene you see.

Be the first to comment on "Letter: Climate change is visible"