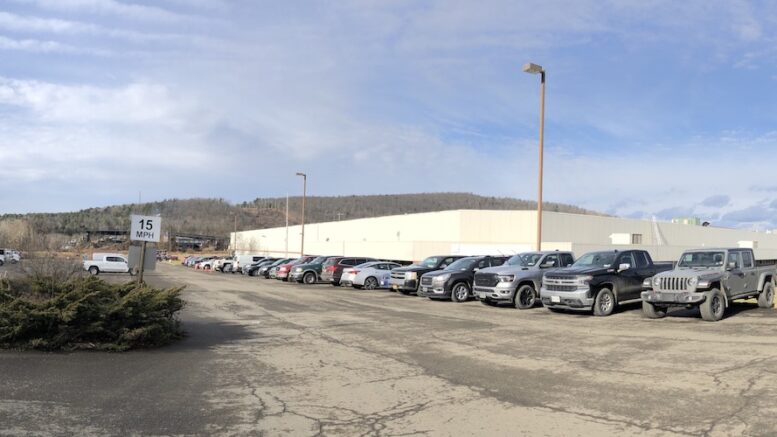 Located next to Adam Weitsman’s metal recycling facility off of Route 38 is the industrial building acquired by Weitsman. The former Harvard Custom Manufacturing Plant is now being transformed for crypto mining. (Photo by Wendy Post)

In an article that ran in Syracuse.com as well as WNBF out of Binghamton, Adam Weitsman spoke about his latest venture to launch a crypto currency mine in Tioga County, and in the building located next to Weitsman’s metal recycling facility, or shredder, off of Route 38.

In the announcement made to the two media outlets, Weitsman stated that the first of thousands of crypto “mining rigs” have been installed inside the building on Route 38. The facility one time served as Harvard Custom Manufacturing, an entity controlled by the Matthews family, and has been acquired by Weitsman to begin his operations.

Weitsman, in an interview with various media outlets, stated that the operation, which will be developed over the next year, would mine bitcoin and three other crypto currencies.

During his interview with WNBF out of Binghamton, Weitsman estimated the short-term investment in the project at about $25 million.

Weitsman, in the interview, said he expects it will take one or two months to get the first 2,500 miners hooked up, and that the initial work has gone smoothly.

The Owego Pennysaver will have more information on this project in the coming months.