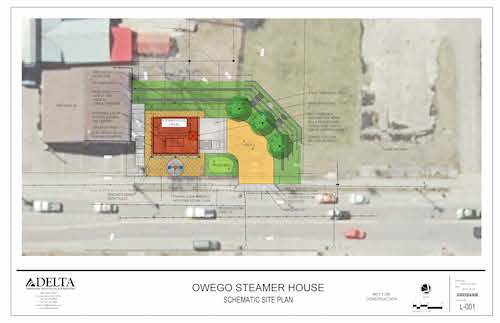 Both the Village of Owego Planning and Zoning Boards approved final site plans for the proposed Steamer House building to be constructed immediately north of Owego Fire Station #2, and at the former Lloyd’s Barbershop site on North Avenue. Originally proposed in January 2020, all planning requirements for the project have now been meet.

The building will house and showcase the Owego Fire Department’s 1866 Amoskeag Steam Fire Engine and the 1938 Sanford Hose Truck now under the care, custody and control of Owego Hose Teams, Inc. Construction on the site will begin soon. 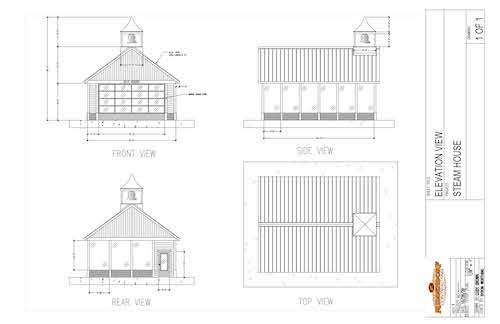 “I think of Jody and Dave Seaver of The Community Shop directly across the street from the project; Stacey and Aaron Riegel of the Rainbow Trail with Angela and Jerry Pettinato of Mario’s just to the North of the project; Sam Harris of Harris’s Diner just south of the project and all the other businesses on the North Avenue corridor,” said Hose Team Captain Patrick Gavin during public hearings.

Gavin added, “These businesses will directly benefit from the tourist and foot traffic the Steamer House will bring to downtown Owego. This is the type of economic development Owego desperately needs especially on North Avenue, the so-called gateway to the Finger Lakes region.” 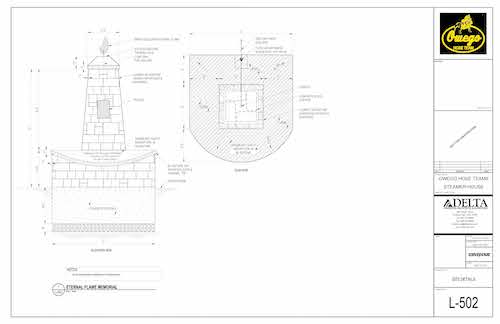 Mike Haas with Delta Engineers, and Steve McElwain with McElwain Engineering, designed the site and building plans through in-kind contributions to the planning phase of the project thus far. The building, modeled after one located in Marathon, N.Y., will be constructed of cedar wood frame and glass solarium walls for 360 degree viewing, with the steeple supporting an antique fire bell previously located in clock tower of Owego Central Fire Station.

The bell was removed earlier this year and is under repair at the Verdin Bell Company in Ohio. Once installed in the Steamer House it will ring again. Another feature of the site will be an eternal flame honoring past and present volunteer firefighters. The eight (8) foot high structure with flame atop will burn 24 hours a day, 365 days a year recognizing the never-ending commitment of volunteers who serve the community. 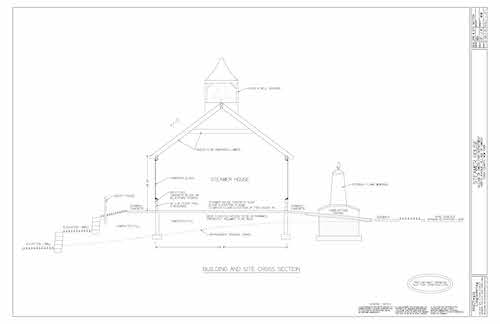 Construction onsite should start as early as this month.

Gavin stated, “Stealing a line from the Blues Brothers, ‘We are putting the band back together’ and assembling the same team that contributed to the successful Baker Fireman’s Fountain restoration completed in 2019.”

John Chandler, with JOC Construction, is handling all site work that should be completed this year. Building construction by Middendorf Contracting could begin next spring based on fundraising efforts.

Prior efforts of Hose Team and fire department personnel removed the abandoned barbershop building, fencing and trees that were onsite, paving the way for Chandler’s work to begin immediately. 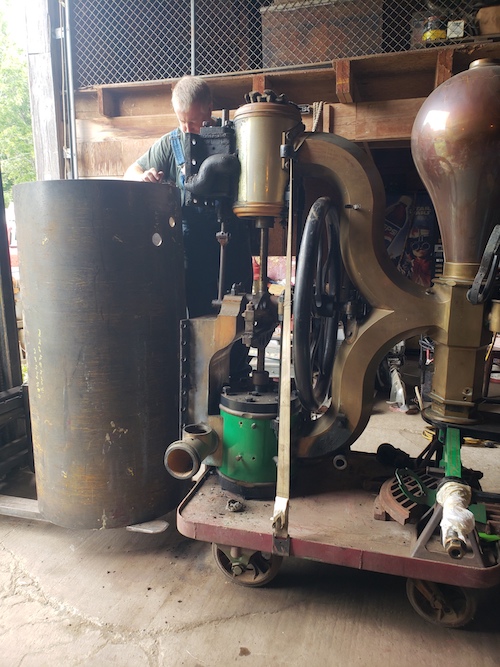 The steam fire engine is under repair at Firefly Restorations in Hope, Maine. The 154-year-old Steamer has not been operational since the late 1980s, at which time it was the oldest operating licensed steam fire engine in the United States. Andy Swift with Firefly Restorations and Brian Fanslau with Maine Locomotive & Machine Works have been hard at work on the restoration including the rebuilding of its boiler. Work on the Steamer should be completed by next year.

The Hose Team is working to host both online and in person information sessions for the public to learn more about the project. Times and dates of these sessions will be released in the near future.

Individuals can also donate to the project by becoming a “Steam Booster” on the hose team’s website at www.OwegoHoseTeams.com. Contributions are tax deductible.

Be the first to comment on "Steamer House Site Plans approved"