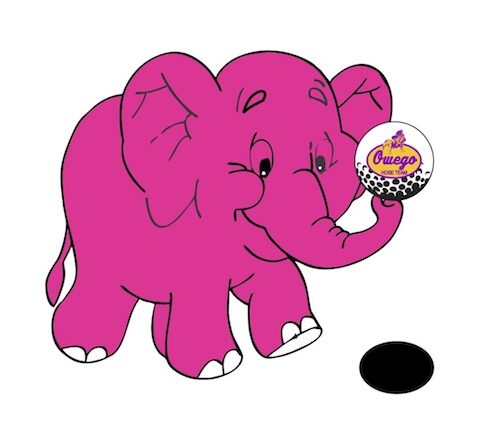 Owego Hose Teams, Inc. is teaming up with Metro’s Restaurant and hosting a “Putt Putt” contest to benefit its 1866 Amoskeag Steam Fire Engine project on Saturday, Oct. 23. The round of miniature golf or “Putt Putt” includes pizza, salad, and refreshments at one of Owego’s longest running family businesses. Metro’s was one of the first restaurants in the area to serve pizza during the 1950s, then called “hot pies.”

The Captain and Mate tournament will have two flights at 4 p.m. and 7 p.m. As part of the festivities, a ball drop raffle will take place with a possible $10,000 grand prize.

Teams are encouraged to register through the Hose Team’s website for the miniature golf tournament at www.owegohoseteams.com/putt-putt/. Paper registrations will be accepted and are also available online.

Ball drop tickets for $100 are being sold separately and available at Scott Smith & Son, the Community Shop, Weaver Automotive, the VFW Post, American Legion, or by contacting a Hose Team Member. Only 200 tickets will be sold ($100 each) for a possible grand prize of $10,000 or half of ticket sale proceeds.

Said Hose Team Member Ken “Taz” Howard, “You got to be in it to win it!”

Proceeds from the tournament support the restoration for the Owego Fire Department’s 1866 Amoskeag Steam Fire Engine and associated “Steamer House” being built on North Avenue. The Steamer is currently at Firefly Restorations in Hope, Maine under repair. The Steamer boiler is being rebuilt, allowing the fire engine to be operational again and making it the oldest operating steam fire engine in the country.

Firefly and its owner Andy Swift were recently featured on the Magnolia Network on Discovery Plus with a documentary called “The Fireman.”

Metro’s is located on Route 96 towards Ithaca, and just a little ways up the road after you go over the bridge in Owego and on the right. Just look for the pink elephant.