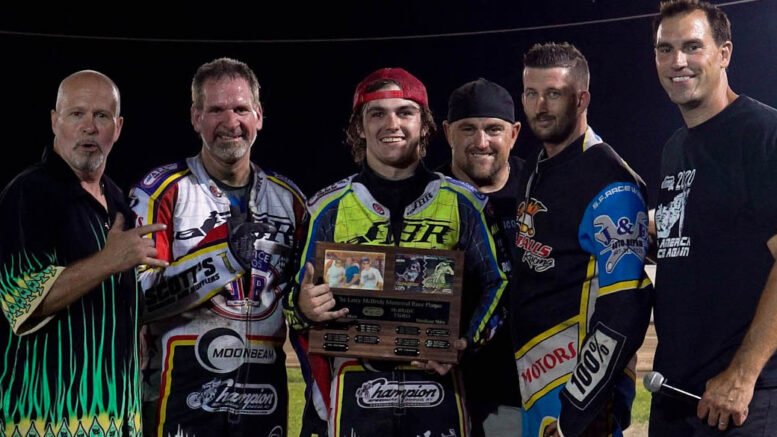 Each year Champion Speedway pays tribute to Larry and Kathy McBride, parents of multi-time East Coast Speedway Champions, Lenny and Tuff McBride, with a race in their memory. Larry covered all the events for years for Cycle News and the local newspapers and also video taped the races while Kathy was a track worker for the New York facilities who did signup and scoring. They were a great couple and produced two of the greatest riders the sport has seen in the East. It is an event the riders always look forward to and Aug. 7 was no different.

It was an exciting night of scratch and handicap racing. In the Scratch feature Casey Donholt made a lightning start to take a lead he never gave up but young “Sideways” Spencer Portararo held a borrowed bike wide open for four laps, right on his tail, to take second. Len McBride, who is the season points leader currently as steady as always for 3rd. Two younger riders, Mike Cortese Jr. and Dalton Oakden had nice nights, and were 4th and 5th respectively. 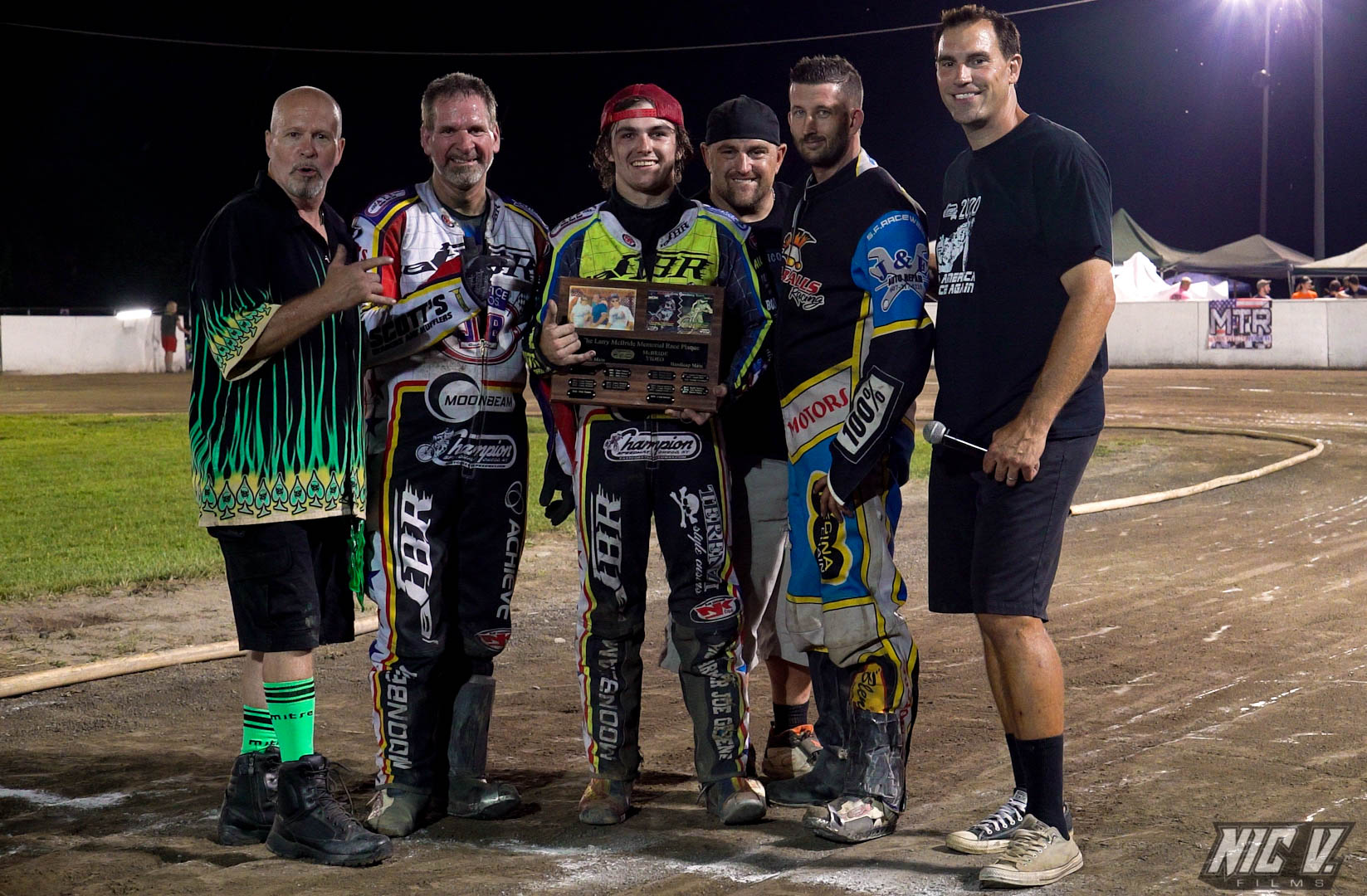 The next events on the East Coast scene are the Danny Moonbeam Fallon NYS Championships Aug. 20 at Action Park East in Greene, N.Y. and Aug. 21 at Champion Speedway; but the really big news that was announced was that the local tracks have been granted AMA US National Speedway Championship Series rounds for the first time ever to be held outside of California. Round one will be Saturday, Sept. 4 at Action Park East in Greene, and Round 2 on Sunday, Sept. 5 at Champion Speedway. The top riders from all over the Country will be taking part, including 10-time AMA US National Champion Billy Janniro.