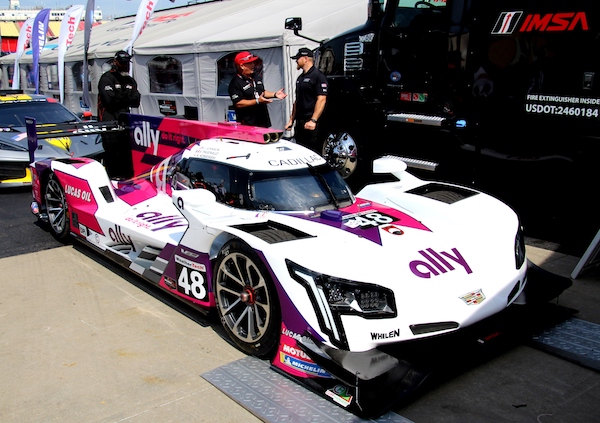 Today, Cadillac competes in the ultra-professional IMSA Prototype endurance class of motor sports. Shown here is a Cadillac factory team DPi (Daytona Prototype 1) from the recent WeatherTech IMSA Sahlen’s 6-Hour event held at Watkins Glen International. Many innovations learned on racetracks appear in the cars Cadillac sells to its dedicated consumer base. As for the prototype pictured, the working headlights are identical to a production Cadillac. (Photo by Dave Mareck)

Q: Greg, I am a big fan of the Cadillac and want to know your opinions about their innovative history, racing, engines and overall wheelbase sizes. I know Cadillac used to put out some really big cars including one with a V-16 engine. Also, do you think Cadillac should receive credit for today’s variable firing cylinder engines? They were the first to introduce them with the V8-6-4. Also, today’s Cadillac’s now feature a Super Cruise, and I’d like to know more about that self-driving feature. I enjoy your columns very much. Mark L., retired car lover in Jacksonville, Fla.

A: Mark, Cadillac’s history is loaded with lots of different engines, engine ideas, racing and just plain “big” tidbits from the size of the wheelbase to modern features like Super Cruise.

Let’s start in reverse order of questions with the Super Cruise feature available right now on select Cadillac models. Offered on the 2018-2020 CT6, 2021 CT4, CT5 and Escalade, Super Cruise is one of the first true hands-free driving-assistance features on roads that are compatible. Super Cruise utilizes advanced technologies to provide hands-free driving, even while changing lanes thanks to Lane Change on Demand. Super Cruise works with Adaptive Cruise, which controls acceleration and braking while it is enabled and operating. 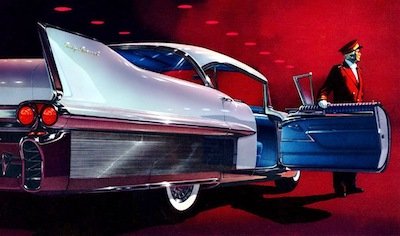 This 1958 Cadillac Sixty Special featured a 127-inch wheelbase, but was still 13-inches shorter than the 1930 model. The ad leaves little doubt what consumer class Cadillac was calling. (Compliments Cadillac)

Overall, I was very impressed with Cadillac’s innovation, but remember, this feature is not available on a two-lane country road at this time. You have to be on a compatible roadway, and in this instance that means a divided 4-lane or more turnpike or freeway.

Now we’ll go on to one of Cadillac’s failures, the V8-6-4 that you mention. The V8-6-4 engine that Cadillac produced from 1982 through 1984 was a good idea that was brought to market too soon. Today, cylinder deactivation is so common it most times isn’t even worthy of note, as every car manufacturer uses the cylinder deactivation mechanicals. These initial Cadillac V8-6-4 engines were 368 cubic-inch V8 designs that featured cylinder deactivation to get better fuel mileage. As highway and freeway speeds were reached, the cylinders deactivated from 8 to 6 and then to 4, which is pretty much what today’s modern marvel engines do with ease. And, “doing it with ease” is where Cadillac struggled, as these engines were prone to problems and removed from production after just three years.

However, Cadillac sure did have the right idea, they just couldn’t perfect it some 40 years ago. Still, Cadillac was years ahead of every manufacturer in its deactivation idea, and deserves credit as the original founder of cylinder deactivation theory.

As for those big Cadillac engines, the largest Cadillac engine ever was a 500-cubic inch V8 that debuted in 1970 in the Eldorado, with 472-inchers available in the Deville models and Fleetwoods from 1968 through 1974. Then in 1975 and 1976, the Cadillac Deville and Fleetwoods came with 500-inch V8s as standard equipment. I was a proud owner of two Cadillacs in my lifetime, a 1972 Sedan Deville with the 472 and a 1975 Coupe Deville with the 500. 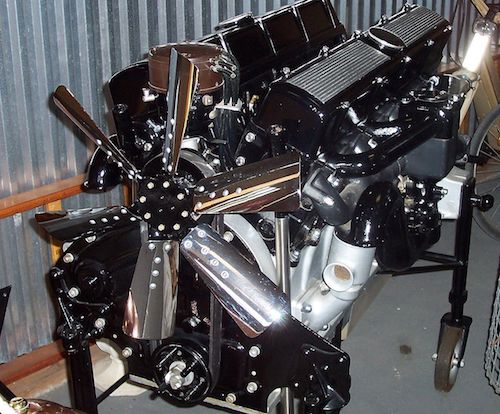 Photo of the V-16 Cadillac engine, produced in 1930 at a size of 452 cubic-inches. (Compliments Cadillac) 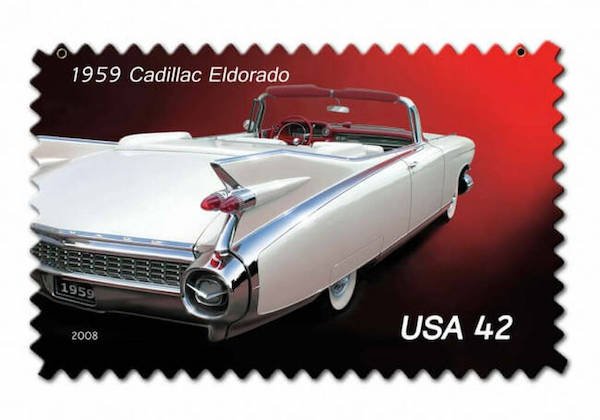 So popular is the Cadillac brand it found the United States Postal Service issuing a special commemorative stamp back in 2008 of the big finned 1959 Cadillac Eldorado. (Compliments USPS)

Today, Cadillac is heavily involved in professional motor racing, competing in the IMSA endurance events with many wins to its credit. The innovations it develops in these events, including everything from brakes to suspensions to engine power and economy, are many times brought over to its production Cadillacs. Although seeing a photo of these IMSA Cadillac prototypes clearly reveal they are competing in the top, professional endurance prototype classes in the world, the true personality of Cadillac comes through crystal clear … INNOVATION.

Thanks for your question on Cadillac and your kind words.

(Greg Zyla is a syndicated auto columnist who welcomes reader questions on collector cars, auto nostalgia and motorsports at greg@gregzyla.com or at 303 Roosevelt St., Sayre, Pa. 18840.)

Be the first to comment on "Cars We Remember; Cadillac has always been an innovative car company – big engines, big cars, big in racing"