This 2020 holiday season, we again present our yearly column with updated stats on the dangers of drinking and driving. Being that we are enduring a difficult year because of the COVID 19 pandemic and fewer people are driving, some of the stats uncovered for 2020 are disturbing.

Sloat, Nicholson and Hoover PC, noted attorneys in Boulder, Colorado, have released information stating that although the bars may be closed, that doesn’t mean people aren’t drinking and driving in Colorado. The scary reality is that drunk driving statistics from the Colorado State Patrol show precisely the opposite is happening. From Jan. 1 to April 30, accidents involving alcohol and marijuana increased by 32-percent. Most alarming are the DUI fatalities, whereas for the same first four months of 2020 they are double what they were in 2019.

Statistics like these are expected in many other states as we await final National Highway Traffic Safety Administration (NHTSA) full-year comparisons. As for age group demographics and probabilities, The Zebra is the nation’s leading car insurance comparison company that conducted a recent DUI survey (see www.thezebra.com). It found that 35.8-percent of Generation Y (millennials) aged 25 to 39 are most likely to drink and drive. Next in line is Generation Z aged 16 to 24 at 31.0-percent, followed by Generation X aged 40 to 54 at 19.0-percent. Bringing up the rear are the Baby Boomers, aged 55 to 75, who come in at 14.1-percent.

Interesting is that near 40-percent of The Zebra respondents felt that the Baby Boomers would be the highest percentage of drink and drive offenders, yet they turned out to be the lowest DUI delinquent age group. 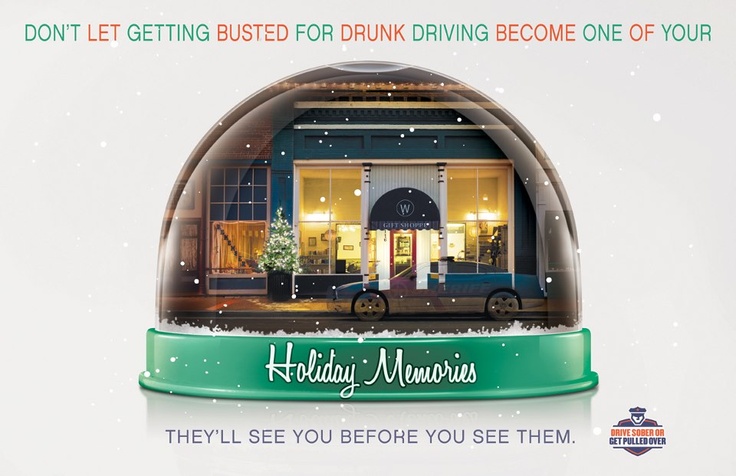 Clearly, there will be fewer (if any) 2020 holiday parties to attend, but the “at home” alcohol consumption is no doubt up, and necessary Alcohol Anonymous (AA) meetings for those who need it most have been cancelled or moved online. The expected result, per capita, is a higher probability than last year of an individual driving under the influence.

So as we continue through these troubled holiday weeks, we still need to present the saga of young Joe, a fun loving 24-year-old who is full of life, has lots of friends and is a good person. He loves to drive his 1970 Buick GSX with its big 455-inch V8 under the hood whenever he can. And because Joe lives in a warm climate state, taking his beauty out during the Christmas holiday is routine.

Joe could be your son, sibling, parent, friend or husband. He’s having a great time at a family dinner and quickly volunteers to make a run to the supermarket for needed refreshment refills. Even though he’s had a beer too many, he feels OK to drive his GSX and is quickly on his way. It’s only 8 p.m. and thank goodness he’s alone.

Joe is oblivious that on this night he’ll become one of the 30,000-plus estimated drivers that will die in car accidents in 2020. He’s unaware he’s going 65-mph and approaching a curve that should be taken at 35-mph.

His reactions, meanwhile, have been diminished by his alcohol consumption and to make things worse, his cell phone starts ringing. Now Joe is really distracted and he’s going too fast to make the curve. He also forgot to buckle his seatbelt when he left his mom’s house and before Joe even knows it his Buick is off the road and headed directly toward a large tree. 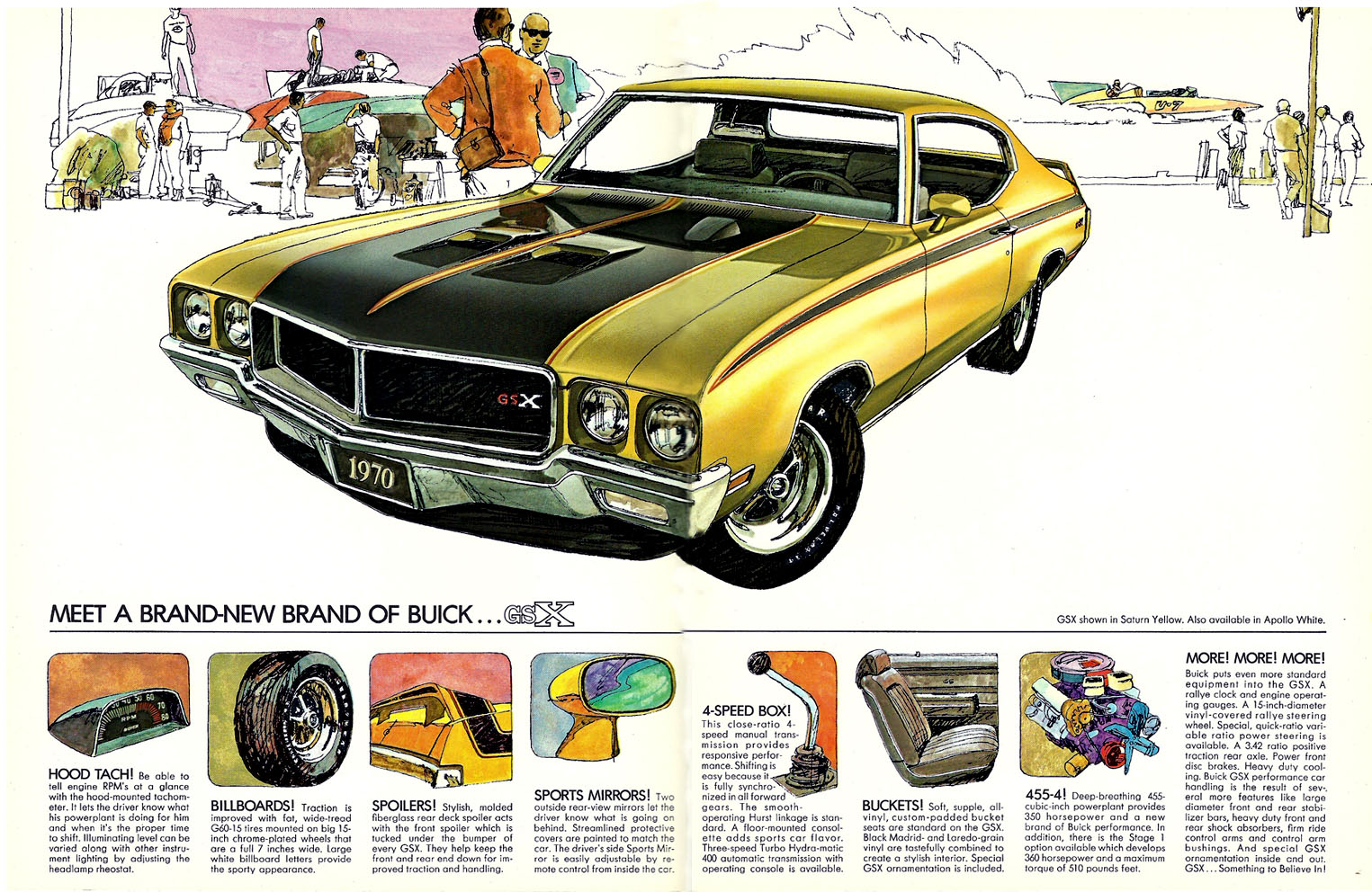 Joe’s collector car is one of the most powerful Buick’s ever built, the 1970 Buick GSX 455. Unfortunately, like all of the muscle cars from the 1960 to 1970 era, it offered little high-tech safety other than seat belts. (Compliments Buick)

There is no correcting. Joe’s GSX hits the tree with a resounding crunch.

At 1/10th of a second, the car’s front bumper and grillwork collapse.

At 2/10ths of a second, the hood crumbles, rises, and smashes into the windshield. The grillwork now disintegrates.

At 3/10ths of a second, Joe is sprung upright from his seat. His legs are immediately broken, and his knees crash against the dashboard. The steering wheel bends under his grip.

At 4/10ths of a second, the front of the car is completely destroyed and is now completely still. However, the rear end of the car is still traveling at 55-mph, and the 700-pound V8 engine and accessories are crunched further into the tree.

At 5/10ths of a second, the impact rips Joe’s shoes clean off his feet. The Buick’s chassis bends in the middle, and Joe’s head is slammed into the windshield. The car’s rear-end begins its downward fall as the spinning wheels churn into the ground.

At 6/10ths of a second, the entire body of the Buick is twisted out of shape while the front bucket seat continues to ram forward.

At 7/10ths of a second, Joe’s chest is pinned against the steering wheel shaft. His internal organs crash against his rib cage.

At 8/10ths of a second, Joe is dead. He’s now another fatal accident statistic. 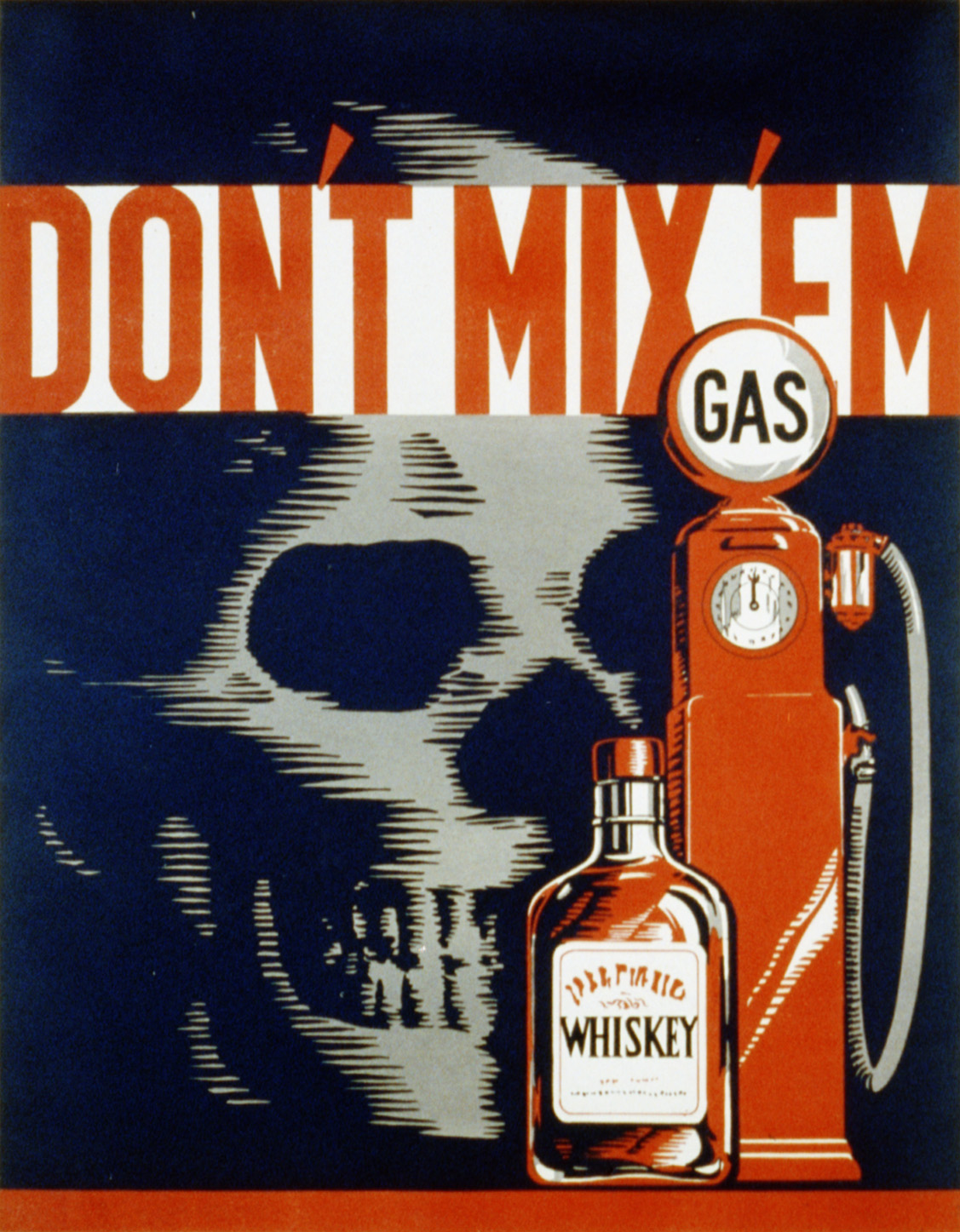 The lesson to learn from Joe’s tragic ending? More than 25-percent of all traffic-related deaths are the direct result of alcohol impairment/ Further some 800 people per day are injured in drunk driving crashes and 30 of them will die. (NHTSA)

In summary, even if there are no parties to attend this year, if you plan to drive after having even a few beers be fully aware of the consequences. And, as many of my readers know, older muscle cars are not known for doing well in any type of impact. They just don’t offer the high-end safety that today is commonplace in our modern vehicles.

Next week, we’ll look at some staggering distracted driving numbers and why drivers who text and use cell phones while driving continue to increase even in these COVID pandemic times.

Until next week, be safe everyone and don’t drink and drive.

(Greg Zyla is a syndicated auto columnist. He welcomes reader questions and comments on collector cars, auto nostalgia or motorsports at greg@gregzyla.com or at 303 Roosevelt St., Sayre, Pa. 18840.)