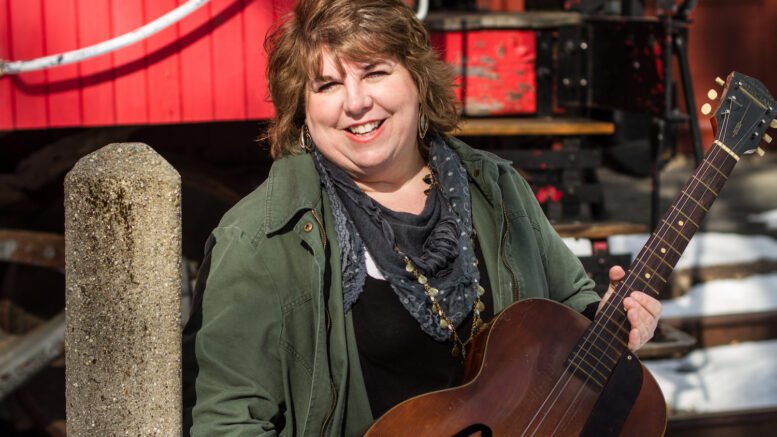 Former Tioga County resident and 1983 Owego Free Academy (OFA) graduate, Kimberly (Wells) Merritt, was living in New Hampshire when a stranger approached her at an art gallery, and where several of her paintings were on display. Merritt was encouraged that it may be a sale, but instead the woman nonchalantly shared that she thought Merritt’s artistry appeared to be more of an illustrator than that of a fine artist.

Set back by the comment, Kimberly (Kim) said she went home and started searching out information about the world of illustrating, and decided to give it a shot. Although she had sold a number of paintings, enjoying steady income from it had been a challenge. Fast-forward to today, and Merritt’s work as a freelance Christian children’s book illustrator has evolved over the past seven years into a happy ending.

Recalling the stranger’s opinion, Kim remarked, “I am thankful, because it set me on a trajectory that I never thought of.”

She has since illustrated some 60 books that encompass themes of faith, holiday stories and wholesome children’s adventures, to name a few, yet other themes more diverse, such as a recent book that discusses the sensitive topic of child abuse.

In September, a children’s book that she wrote and illustrated, her first, was self-published. Entitled, “Little Lamb, Little Lamb, Follow Close,” and available at Amazon.com, Merritt describes it as an entertaining bedtime story that helps children see themselves through the eyes of a lamb, with lessons on trust along life’s journey.

She is excited about her accomplishment, and has plans for a second book, and one that, she said, “Will be more of a silly book; I think kids want funny books, too.”

Merritt explained that her projects involve working with self-published authors, as well as securing contracts with larger publishers. Some are repeat clients, too, such as a project in the works with a large Christian organization, and where she is illustrating a third title in a book series.

Kim shared that art has been a passion since her high school days, and remarked, “I’m delighted to get to do it, and it’s a fun thing, too,” and then chuckled, “Like drawing a frog that meets a dog, or drawing an octopus that gets attached to a little girl’s head.”

After OFA, Merritt attended Broome Community College where she concentrated in interior design. She is self-taught in the tools of today’s art publishing world.

Merritt explained, “All of my drawings are now done on Adobe Photoshop, and where I can manipulate them for revisions,” adding, for example, “An author might send me a detailed description of what they envision a scene to look like, but then during the process, I may be asked to move a character in a scene.”

Kim and her husband, Craig, moved back to New York State in 2018 following his acceptance of a minister’s position at a church in Wellsville, N.Y. Previously the family, including four children, lived and ministered in New Hampshire and Pennsylvania, as well as in the Oneonta / Cooperstown, N.Y. area. Today the Merritt’s are happy to be settled in Jasper, N.Y., and where trips to see family in Owego, Endicott and Binghamton are that much closer.

Kim shared, “I just love Owego; it is still home to me.”

The Merritt family surrounds themselves with music, too, performing original music of faith. For more information, visit http://landofharvest.com. You can also find her on Facebook at “Kim Merritt-Artist and Illustrator.”