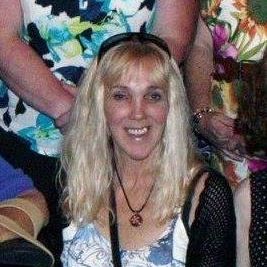 With a frenzied election happening around the nation, and the General Election less than three weeks away, all while the nation deals with a pandemic and little signs of relief for businesses ailing from continual shutdowns and restrictions, it is easy to say that we have a nation that is not only in chaos and turmoil, but also divided.

Deepening the party lines, protests and demands for justice reform are also prompting division between those participating in these protests and the men and women in blue, our law enforcement.

This year’s election promises to be one of the largest, as signified by early voting turnout around the nation, and with a host of issues ranging from the economy to the pandemic, and everything in-between being a point of contention within the varying views on how this year’s election will fare for either party.

But has the public put too much faith in government? Do voters feel that their candidate will offer some sort of magic wand that will make everything better?

Not likely in this election.

“We the people” have always worked together to solve our problems. Could it be that the current issues, such as social injustice, the pandemic and the economy have become too large to unify people on a common path.

Some readers will remember the unity experienced following the events of 9/11, or how a nation pulled together to help a ravaged Louisiana following Hurricane Katrina in 2005, a hurricane that caused over 1,800 deaths and over $125 billion in damage.

And there was also the Oklahoma City bombing in 1995, an act of homegrown terrorism. Immediately following the bombing, which I covered on-site during my employment with the Department of Defense, people from all over the world were sending flowers to honor the victims, as well as stuffed animals to honor the lives of the 19 children that were in a daycare inside the Alfred P. Murrah Federal Building.

For all of these tragedies, which I covered personally or contributed to, America came together.

But now, in 2020, and in a world where coming together has been stymied by the divisiveness coming from most of our nation’s leaders, we are facing big decisions regarding the election.

As of Thursday, national election polls were showing Presidential Candidate Joe Biden with a lead over the current President, Donald Trump.

But one has to wonder what the silent majority, the individuals that haven’t participated in the polls or put up flags and lawn signs, are feeling. Will they even bother to vote?

With all the issues rolling around between the two parties, their agendas being varied, it has proven challenging to make a rational and educated decision during this election year. Many will vote for a candidate in particular as a vote purely “against” the opponent.

To learn the facts and issues, it has also been troubling to find these things in the mainstream media. Because of the divisiveness between the Republican Party and the Democratic Party, the news coverage is usually just more bickering, criticizing, and the polarization of facts about the individual candidate, and not their policies and beliefs, or their successes. This lack of clarity on policies and issues was proven to be true as witnessed during both the Presidential, as well as the Vice Presidential debate.

For me, I would think that those are the things that might be a bit more important as the country decides a direction to move in.

Vice Presidential candidate Kamala Harris and Vice President Mike Pence seem to have much more relevance as well in this year’s election – creating another layer of presumed and past policy-making decisions to comb through for voter determination.

With Donald Trump being 74-years-old and Biden 77, age has also come into question in the weeks leading up to the election, with many of the progressives favoring an energetic Harris, and the conservatives content with Pence.

As for any predictions, the accuracy of polling is not a clear indication of who will win this year’s election. It may be the silent majority that decides – those that have been afraid to express their political viewpoints in fear of divisiveness within their own circles.

What I can predict, however, is that the election will not be over until it is over. So hang on, it’s going to continue to be a bumpy ride.

(Wendy Post is the Editor of The Owego Pennysaver Press, The Troy Pennysaver Plus in Pennsylvania, an Army Veteran and Paratrooper, and was a writer for several defense publications during her career with the Department of Defense.)

Be the first to comment on "Editorial: Divided We Fall"