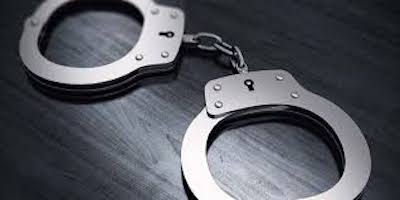 On Sept. 4, 2020, at about 10:09 p.m., the Tioga County Sheriff’s Office responded to a 911 call of a burglary in progress at a residence on Montrose Turnpike in the Town of Owego. During the course of the investigation, it was determined that Robert M. Campbell displayed a loaded pistol to the homeowner and then forced entry into the residence.

As a result of the investigation, Robert M. Campbell, age 56, of Pulaski, Pa., was charged with Burglary in the first degree; displaying a firearm (class B Felony); Criminal Possession of a Weapon in the second degree; a loaded firearm, (class C Felony); Menacing in the second degree (class A Misdemeanor); and Criminal Mischief in the fourth degree; intentionally damages property (class A Misdemeanor).

The defendant was arraigned before Justice John Schaffer who was sitting as the Tioga County CAP Court Justice. Campbell was released on his own recognizance and was scheduled to appear before Justice Patrick Hogan in the Town of Owego Court on Sept. 8, 2020.

The Campville Fire Department and EMS assisted the Tioga County Sheriff’s Office on the scene.