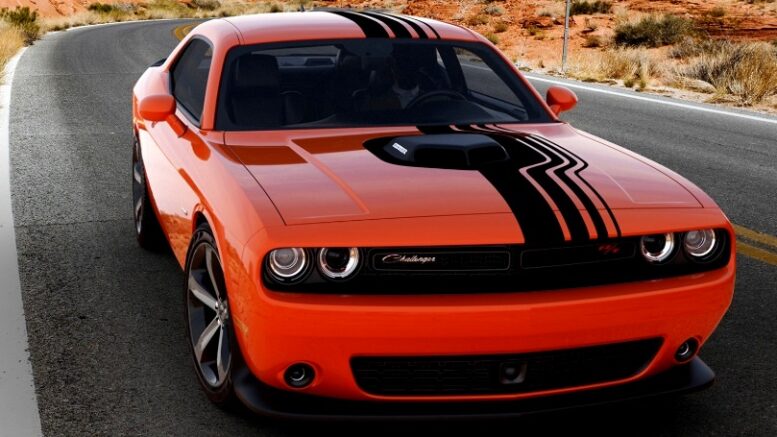 The R/T versions of the 70-74 Challengers are the most popular examples, with 383, 440 and 426 Hemi versions available. Today’s 2020 Challenger R/T with the Shaker hood will make a nice purchase for about the same money as a restored ’70 Challenger. (Compliments Fiat Chrysler)

Q: Greg, I’m a big fan of the pony cars from the 1960s and early 1970s. I know the Dodge Challenger is one of the rare ones, so can you give your opinion of this car? It was only built for a few years. Also your opinion from back then on pony cars? Thanks, Jack L., retired and living in Daytona Beach, Fla.

A: Happy to Jack. With the popularity of collector cars growing by the day, Chrysler deserves an extra pat on the back for not only re-introducing the Dodge Challenger as a modern, retro offering back in 2010, its initial short run of just five years from 1970 to 1974 with the initial Challenger deserves a closer look.

Because the other pony cars had a big head start, the Dodge Challenger appeared pretty late in the muscle/pony car era. Ford Mustang and Plymouth Barracuda led the way in 1964, while Pontiac Firebird and Chevy Camaro joined the fray in 1967. Although Mustang had a “full run” right on through 2021 and is poised for more great years ahead, both Firebird and Camaro stalled out after 2002. Camaro took an eight-year breather, and returned in 2010 with its current offerings. Poor Pontiac was eliminated from GM manufacturing, joining Oldsmobile as GM discontinued vehicles. 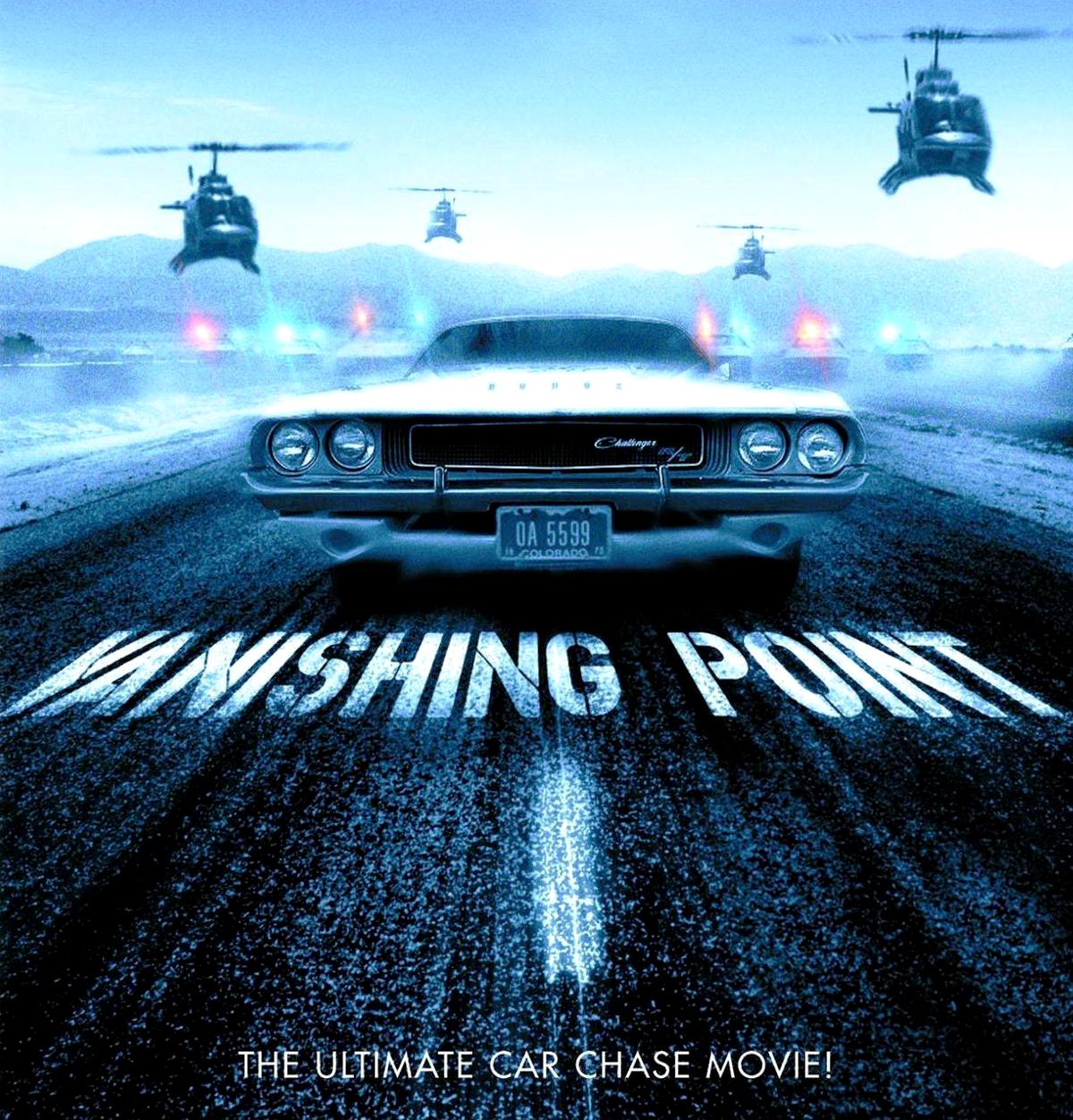 When introduced in 1970, the all-new Dodge Challenger was an instant hit, selling over 70,000 units. A movie titled “Vanishing Point” in 1971 featured a ’70 Challenger 440 driven by Kowalski, a car delivery driver who delivers hot cars in record time but always runs into trouble with the highway patrol. It is a cult classic. (Compliments Cupid Productions)

The other pony cars of note were AMC’s Javelin/AMX, where from model year 1968 to 1974 sold well and today is gaining in popularity. Mercury’s Cougar was pretty much a Mustang clone, and sold very well from 1967 to 1973. In 1974, Cougar left the Mustang chassis platform and grew into intermediate car status.

However, when comparing actual production numbers, each of the competitors produced way more cars than that lone, rare, first generation Dodge Challenger.

Prior to 1970, the streets were filled mostly with aforementioned Firebirds, Javelins, Cougars and the many Mustangs, Barracudas and Camaros. Yet when 1970 arrived, Dodge took the class by storm and since that day, the first generation Challenger is one of the most popular pony cars ever built. Its appearance in the hit movie “Vanishing Point” solidified its popularity, and by the end of production only 165,437 first generation Challengers were produced. 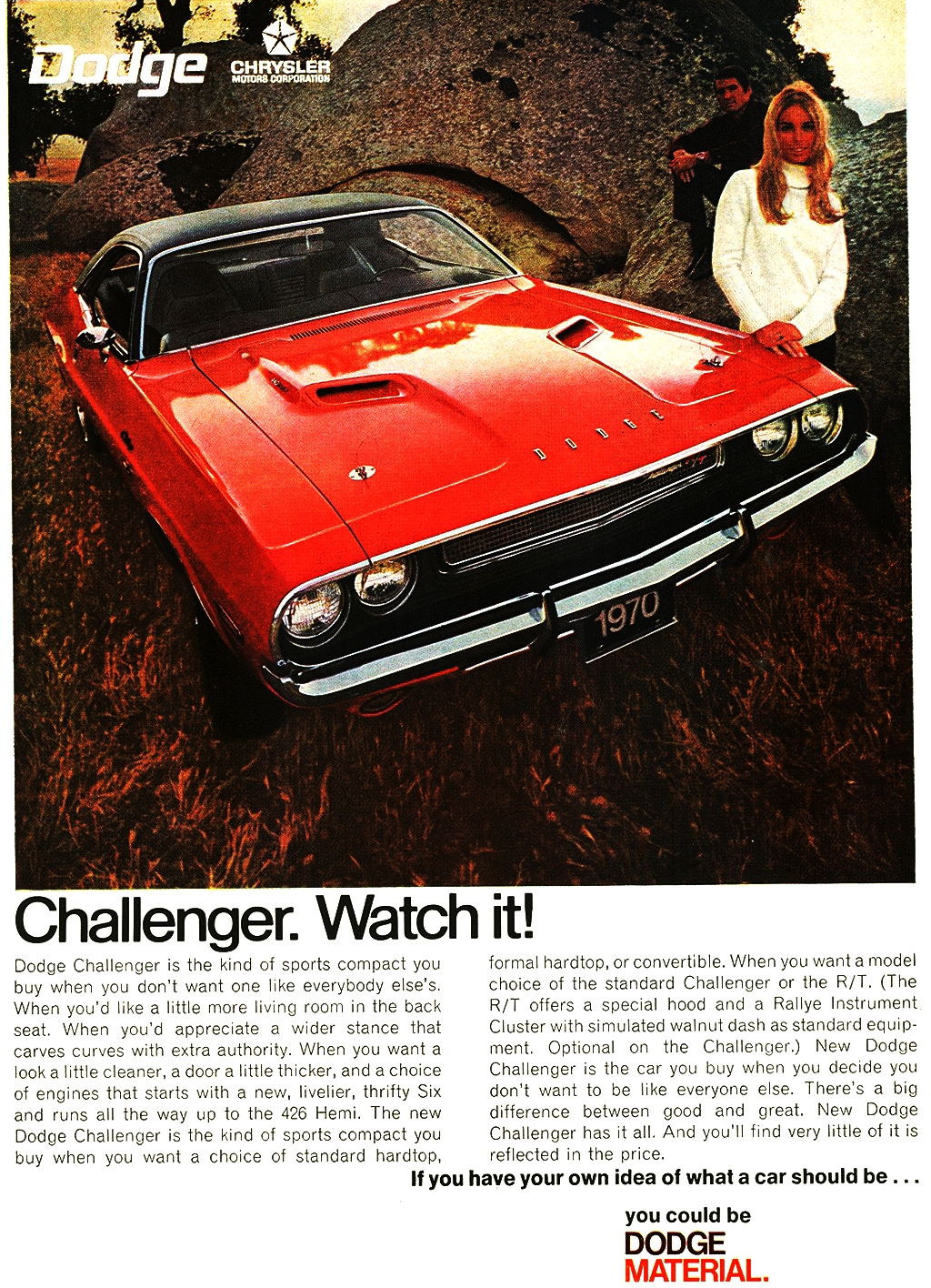 Challenger had a five year run from 1970 through model year 1974, selling a total of only 165,537 units as the gas concerns and smog mandates literally snuffed out the pony/muscle car era. (Compliments Fiat Chrysler)

The Plymouth Barracuda deserves extra note, and is another of Chrysler’s pony car success stories. It, appeared the same year as the Mustang in ‘64 on a Valiant platform until 1970, when it re-appeared alongside the new Challenger albeit in a two-inch shorter wheelbase. Available as both A-Body platform (Valiant) from 1964 to 1969 and then the E-body ‘Cuda / Barracuda / Challenger from 1970 to 1974, it is also one of the most popular street cruisers ever especially in E-body 440 and 426 Hemi ‘Cuda dress.

Although the Challenger survived in name only as a compact car from 1977 to 1983, it would be 25 years until the next “real Challenger” appeared in 2008. It also was closest to the original in the looks department in style and performance when compared to Mustang and the new 2010 Camaro.

Mechanically, today’s Challenger in R/T or Hellcat dress can’t be compared to the first generation in any manner, except outward looks. Its modern drivetrain, suspension, brakes and computerized accessories are really out of this world and very comfortable to drive. As for performance, the 707-horse Hellcat and 840-horse Demon models can run the quarter mile in the nine to 10-second range, which is amazing. Yet when we turn the clock back to the numerous different styles offered from 1970 to 1974, the Dodge Challenger is a most respected pony car, especially when equipped with the 426 Hemi or a 440 Six Pack. 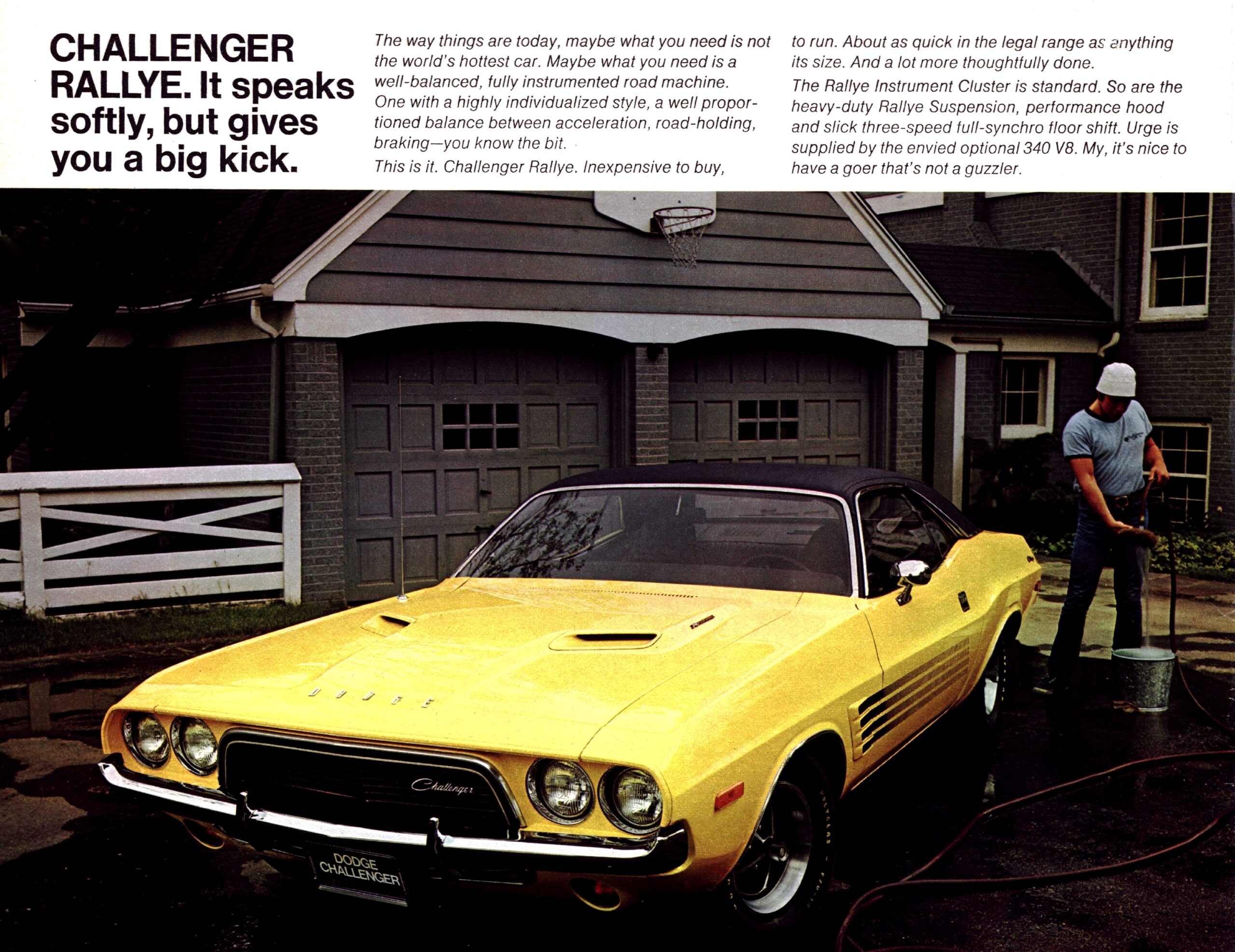 By 1972, the big-block performance V8s were gone, replaced by either a Slant-6, 318 or 340 V8. The R/T was eliminated, replaced by a Rallye version as its top model. In 1974, a 360-V8 joined in. The major change for ’72 through ’74 was a revamped front-end with a different grille design and rear taillight upgrade. (Compliments Fiat Chrysler)

Many Challenger owners made their lower horsepower 1972 to 1974 models what we call “tribute editions” of former R/T varieties. The addition of a 383, 440 or 426 Hemi is an easy engine swap.

But when it comes to rare, nothing comes close to the first generation Challenger in production numbers and current popularity. Thanks for your letter.

(Greg Zyla is a syndicated auto columnist who welcomes reader comments or questions on collector cars at greg@gregzyla.com or at 303 Roosevelt St., Sayre, Pa. 18840.)