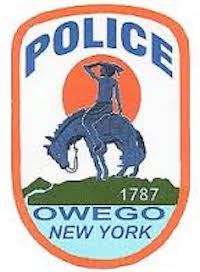 The Village of Owego recently announced they were awarded the COPS hiring grant by the federal government. COPS stands for Community Oriented Policing Services.

This is the style of policing where officers focus on being involved in the community and build lasting relationships so they are seen as people of trust.

Only seven agencies in New York State were awarded COPS grants to aid in the hiring of new officers, and Owego was one of them.

In a press release from the Village of Owego Mayor, Michael Baratta III, he stated, “We got awarded to hire up to three new full-time officers with the grant covering 100 percent of their pay and benefits for three years. This is great news because typically this grant is a matching grant, but we applied for and got an exemption so the grant will cover 100 percent.”

At the Aug. 3 board meeting, the village hired its first new full-time officer, an acquisition made possible through the grant.

Baratta added, in the release, “We are dedicated to serving our community and providing valuable services in a fiscally responsible way. This grant is the hard work of our Police Chief and Team Tioga.”