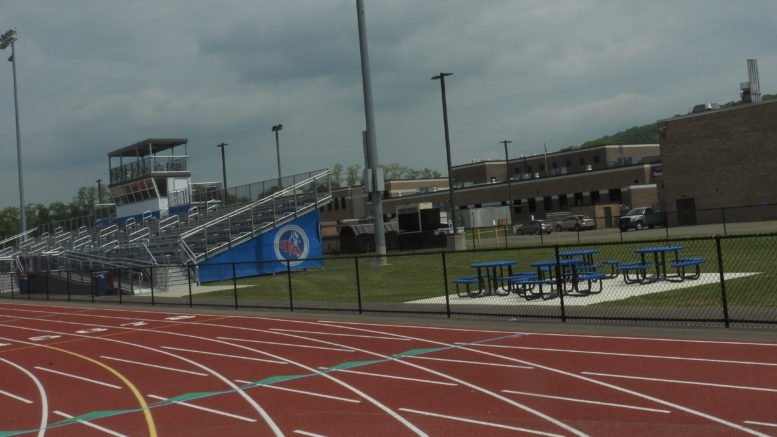 With no further word received from the governor that would loosen restrictions on ceremonies for graduating seniors, schools have started to release their plans.

Deterred from a normal ceremony because of social distance requirements, each school within the district has worked to create something that will be memorable for seniors as well as allowable within the phases of reopening, and for gatherings.

For the Owego Apalachin School District, they will be holding five separate ceremonies on the turf field and at Christy J. Valvo Stadium, located at the school grounds on Sheldon Guile Boulevard in Owego.

In the event of inclement weather, Sunday, June 28 will be held as a rain date. Ceremony times will be communicated when and if a reschedule is necessary.

According to the district, each graduate is allowed to bring four guests with them to the ceremony. They will place each graduate and their four guests together on the field, where they will be seated so that they are socially distanced from the other graduates and their family members.

According to the district, this will allow the graduates to walk up to the stage to receive their diploma.

Following the convocation of the graduates by Superintendent Corey Green, the families will be escorted out of the stadium through the exit near the Middle School, where they will have opportunities for a photo in front of two OA backdrops.

In a statement, Heath added, “All participants will be required to follow the New York State guidelines for social distancing and wearing a mask.”

A video will be released by the district, which will include all graduates receiving their diploma, along with the formal speeches by their classmates and administrators. The ceremonies will also be live-streamed on YouTube for other families and the community to view.

The plans don’t end there for Owego, however. There will be a parade honoring the Class of 2020 on Thursday, June 25. The seniors and their family members should meet in their vehicles at the Apalachin Elementary School (AES), located at 405 Pennsylvania Ave. in Apalachin, at 5:45 p.m. on Thursday. The local fire department and police personnel will lead the parade.

The parade will depart AES at 6 p.m. and eventually arrive at Owego Free Academy (OFA). Seniors are encouraged to decorate their vehicles for the parade.

Once the parade departs from the Apalachin Elementary School, they will turn left on Main Street by Ransom Steele and drive down Main Street in Apalachin to 434. They will take 434 and go over the first bridge to get on 17C near McDonalds and Tops. They will take this to Court Street and turn right to make their way to North Avenue, then to George Street, and then to Sheldon Guile.  Apalachin Fire, Owego Fire, the Owego Police Department and the Tioga County Sheriff’s Office will all be involved in the parade.

Residents are encouraged to watch for them as they drive by, and offer them some support as they conclude what has been a difficult end to their senior year.

We also reached out to other schools in the county to learn about their plans, with some of them still being worked out.

Each graduate will be able to bring three guests to the ceremony. You can learn more at svecsd.org.

In Newark Valley, the graduating class was sent off with a drive thru celebration held earlier in the month. Cars filed down, one-by-one, in front of the high school as every student was individually announced.

They would stop at each of the five tents set up where they received goodie bags, shirts, any awards won during the school year, as well as their caps and gowns.

While we have not been able to pin down any additional graduation celebration dates, we did learn about a special prom being held for seniors on July 31, and at 565 Delaney Rd. in Newark Valley.

For the 85 seniors graduating in the Class of 2020 at Newark Valley High School, a prom committee was been formed by a group of parents. The event, which is not affiliated with the school, welcomes graduating seniors to attend free of charge.

To get involved, contact Jamie Hoffmier by calling 229-8681, or by email to jhoffmier42@gmail.com.

In Waverly, N.Y., a senior car parade and picnic took place on June 16. The graduation ceremony for Waverly’s Class of 2020 is planned for Friday, June 26, at 7 p.m.

Tioga Central School held a yearbook pick up on June 16, and as of this reporting we do not have information on the school’s graduation plans.