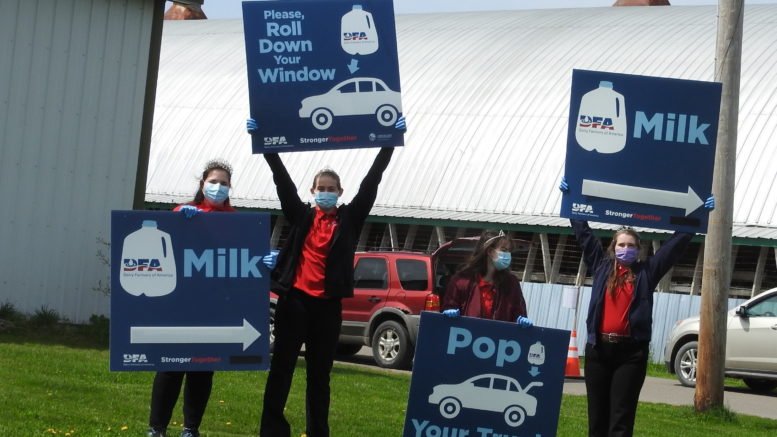 On May 5, literally hundreds of cars were lined up along Main Street, McMaster Street and Elm Street in Owego, and into the backside of the Tioga County Fairgrounds for a milk distribution by Dairy Farmers of America, the Tioga County Soil and Water Conservation District and Tioga County Farm Bureau, who coordinated the event, and the Tioga County Agriculture Resource Group with representation from Cornell Cooperative Extension, The Tioga County Fair Board, Tioga State Bank and Tioga Opportunities, Inc.; the Sheriff’s department assisted with traffic control. 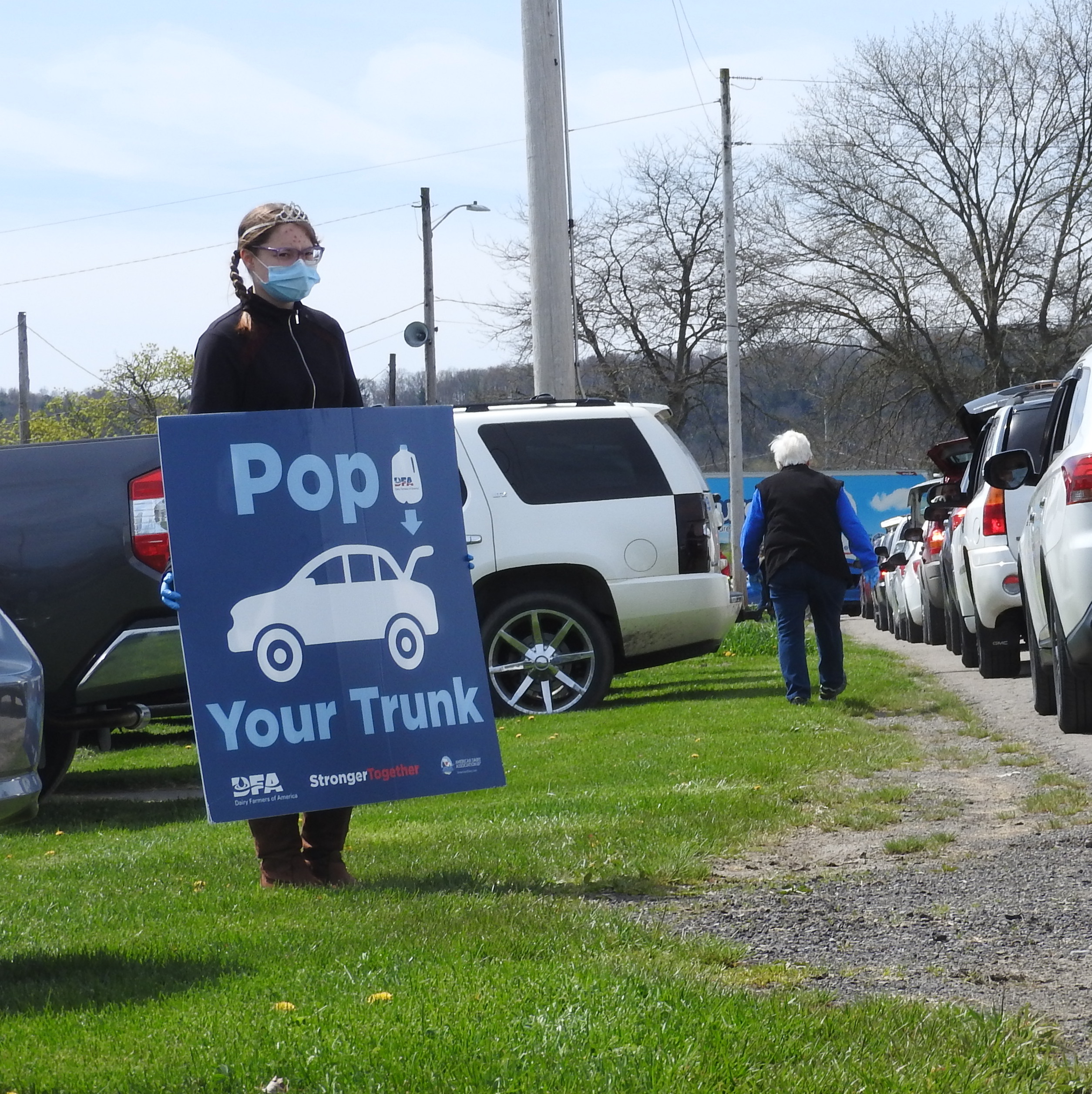 With a Cornell University report recently citing New York’s unemployment rate as likely to surpass 13 percent in April, the amount of participation and extensive traffic lines for the dairy give-away was an indication of an economy that is feeling part of this impact.

Miranda Palmer, Tioga County Agriculture Resource Group and employee for Tioga County’s Soil and Water Conservation District connected with Dairy Farmers of America to host the event, and after some persistence received a tractor-trailer load of dairy products for distribution on Tuesday. 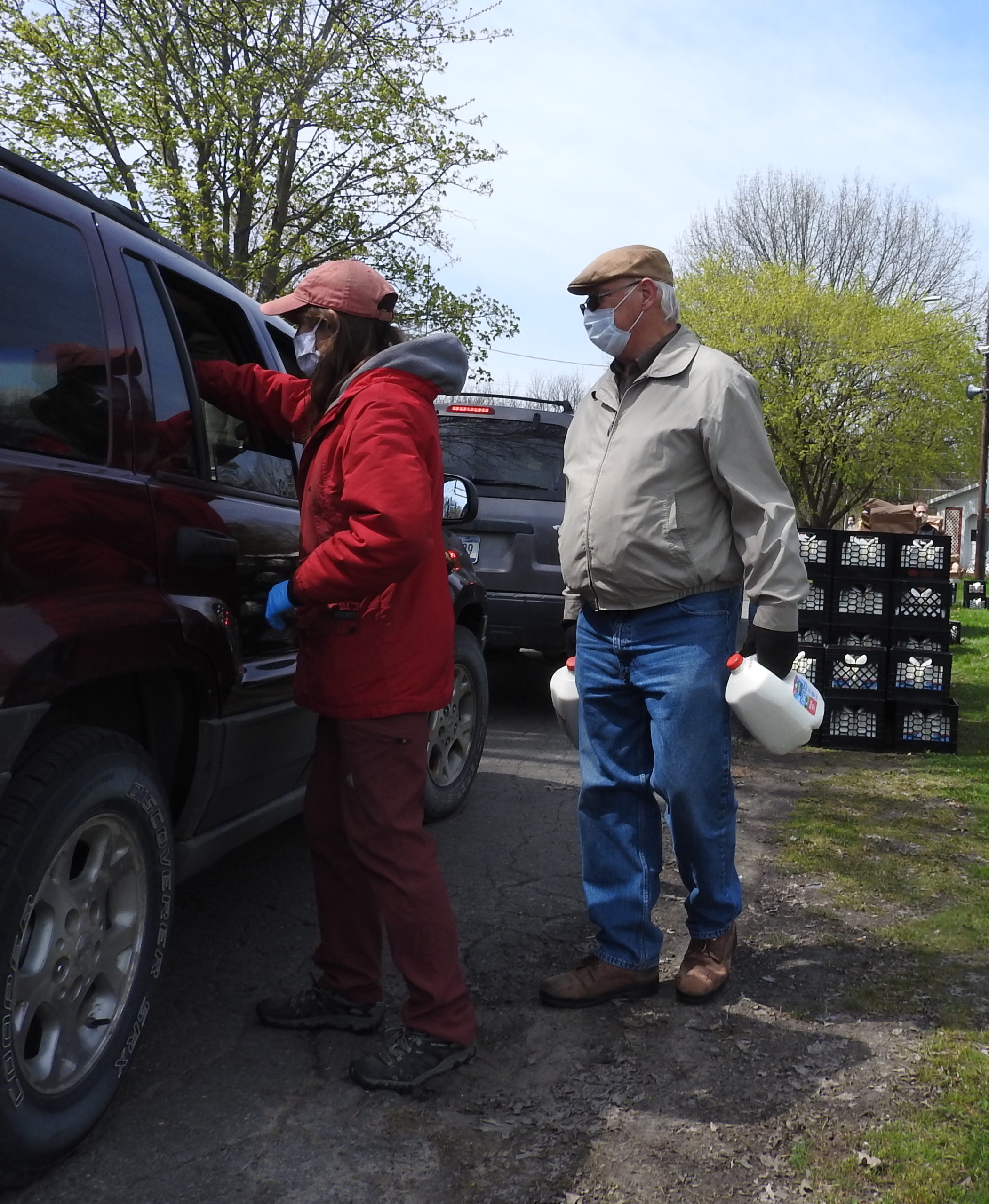 Milk and dairy products are loaded into a vehicle during the dairy product giveaway, held last week at the Tioga County Fairgrounds. (Photo by Wendy Post)

“We had to cancel Sundaes at the Farm, so I thought it would be great if the Tioga County Agriculture Resource Group spearheaded this event,” Palmer added. Chobani also donated 1,500 cups of yogurt for the event and Cabot donated sour cream.

Dairy Farmers of America (DFA), a national cooperative owned by dairy farm families across the U.S., teamed up with Dean Foods processing plants across the Northeast and American Dairy Association North East, representing over 10,000 dairy farmers, to deliver free milk to multiple locations in the Southern Tier. Owego, N.Y., Tioga County, was one of those locations last week in what was described as an overwhelming response and successful event. 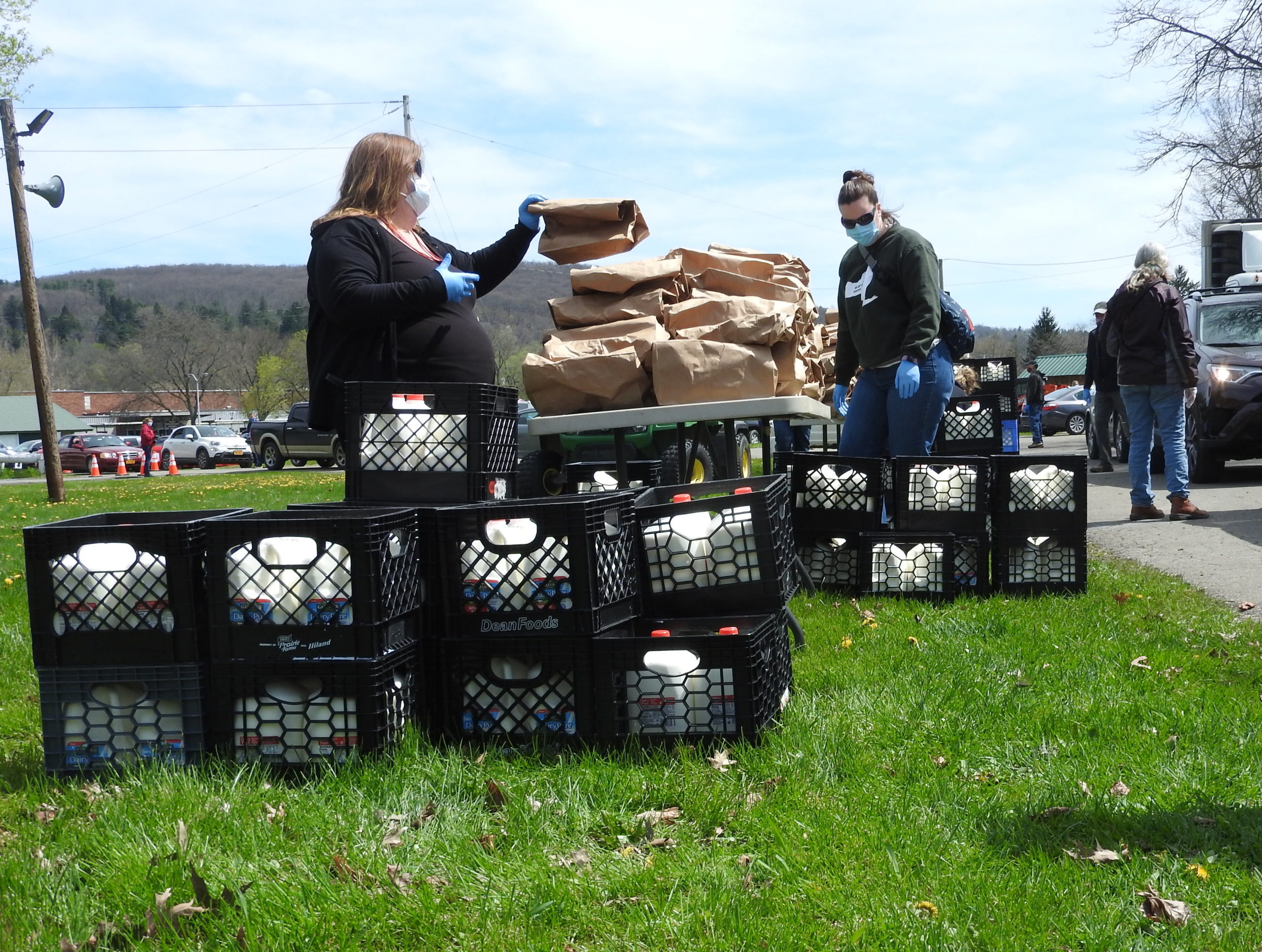 And according to Palmer, the donation program addresses two significant needs, feeding New Yorkers and supporting our dairy farms.

“Dairy farms lost a significant market when the food service industry, like restaurants and schools, essentially shut down,” said Palmer. 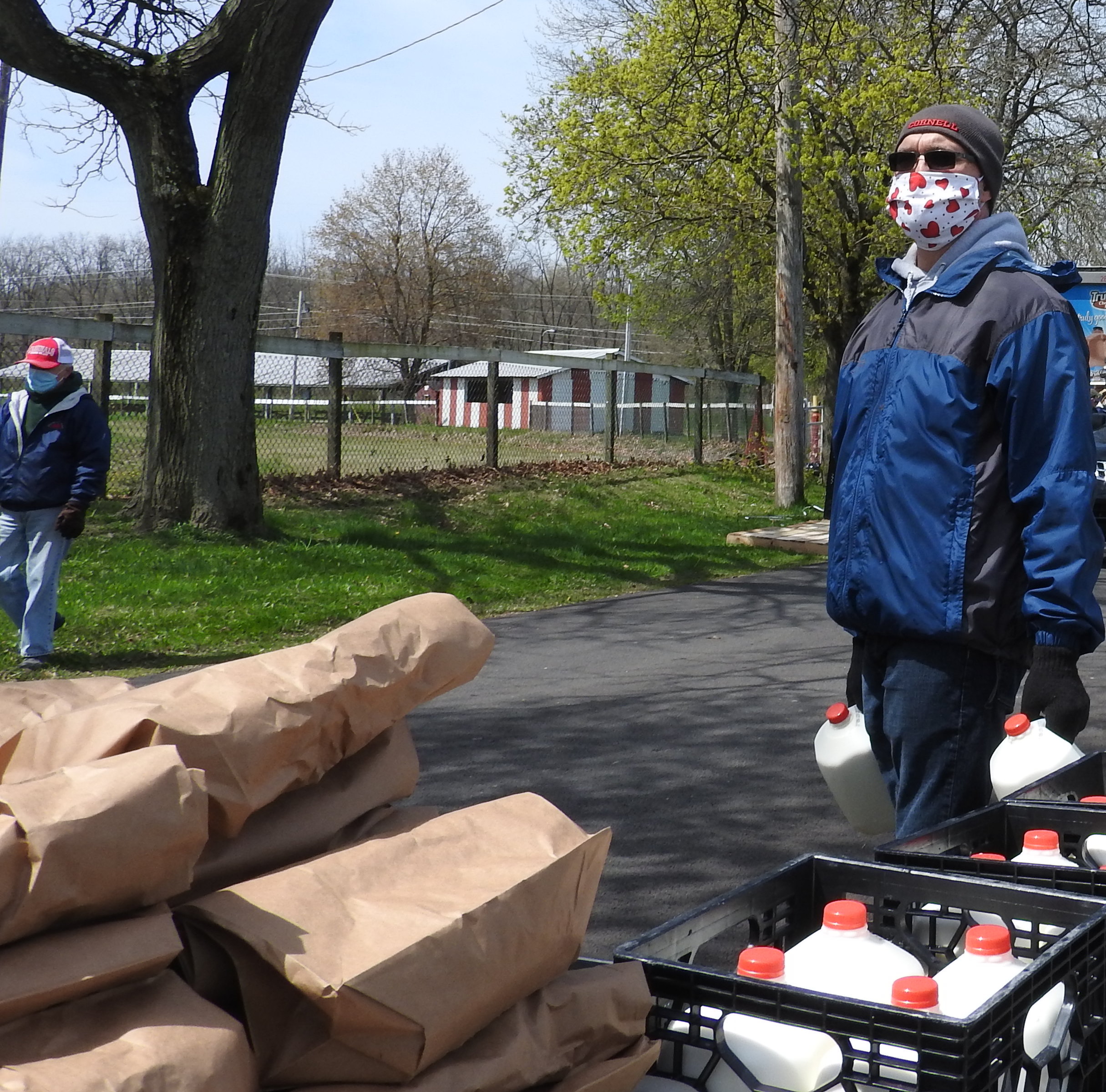 Andy Fagan, of Cornell Cooperative Extension, prepares for another line of traffic to arrive during last week’s dairy giveaway, held at the Tioga County Fairgrounds in Owego. Fagan was one of many volunteers that helped out with this homegrown and produced effort. (Photo by Wendy Post)

She added, “Dairy processors that serve those markets could not quickly change up processing and packaging to address the surge in demand at the grocery stores. So that left a lot of excess milk with no place to go. The last thing that our dairy farms want to do is dispose of their milk. They take pride in producing a quality product, and selling milk is what supports their families. Any farms that had to dispose of milk were left with no other choice.”

Last Tuesday, and thanks to this collaborative effort, over 800 families (vehicles), five schools, and seven food pantries were served with 3,888 gallons of milk, 1,500 cups of yogurt, and sour cream that arrived a bit later than planned and will be distributed later. 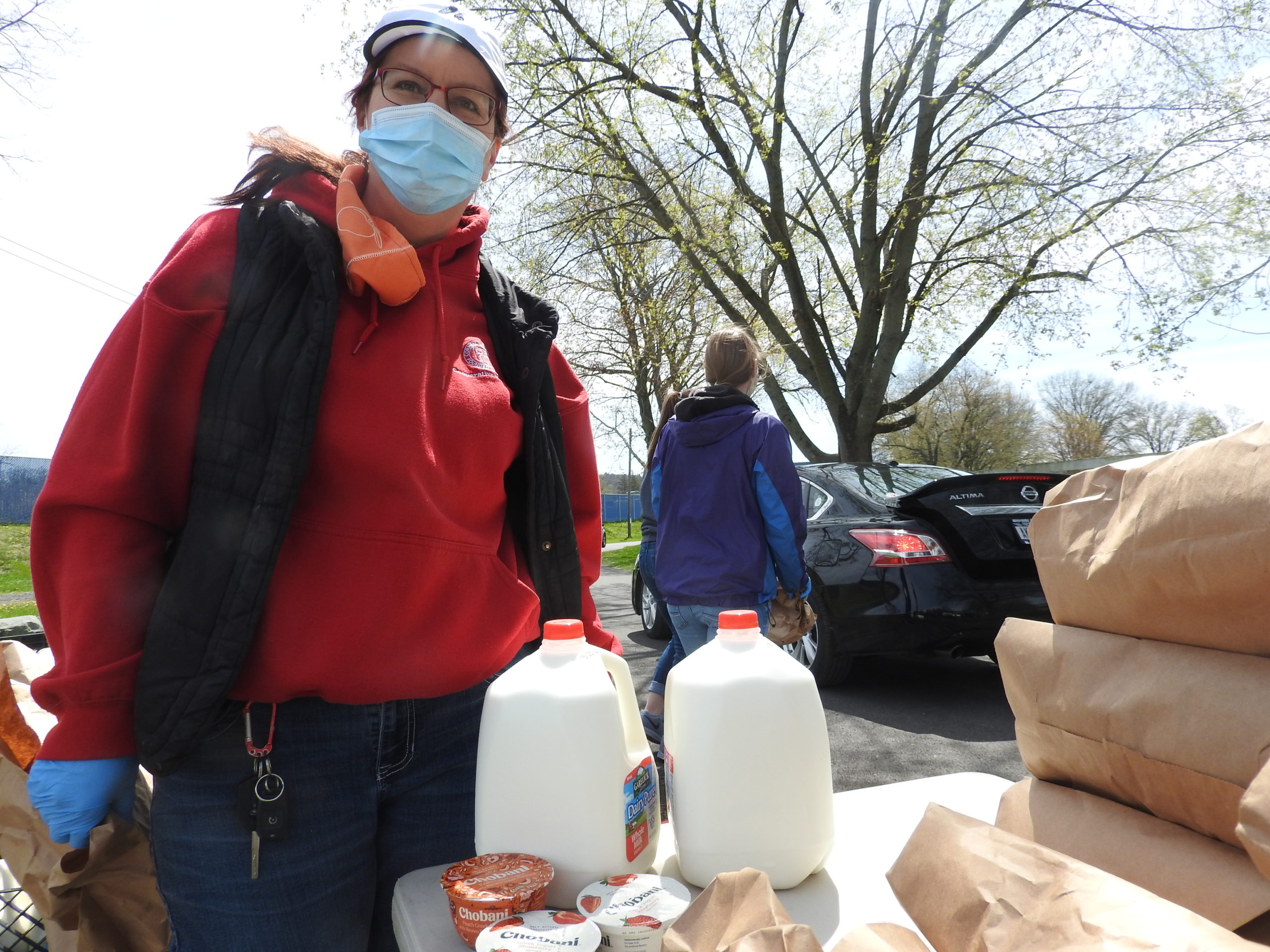 A volunteer prepares another supply for the next vehicle arriving in a long line of vehicles. (Photo by Wendy Post)

When asked if they will be hosting another event like this soon, Palmer replied, “At this time we have nothing scheduled, but anything is possible.” 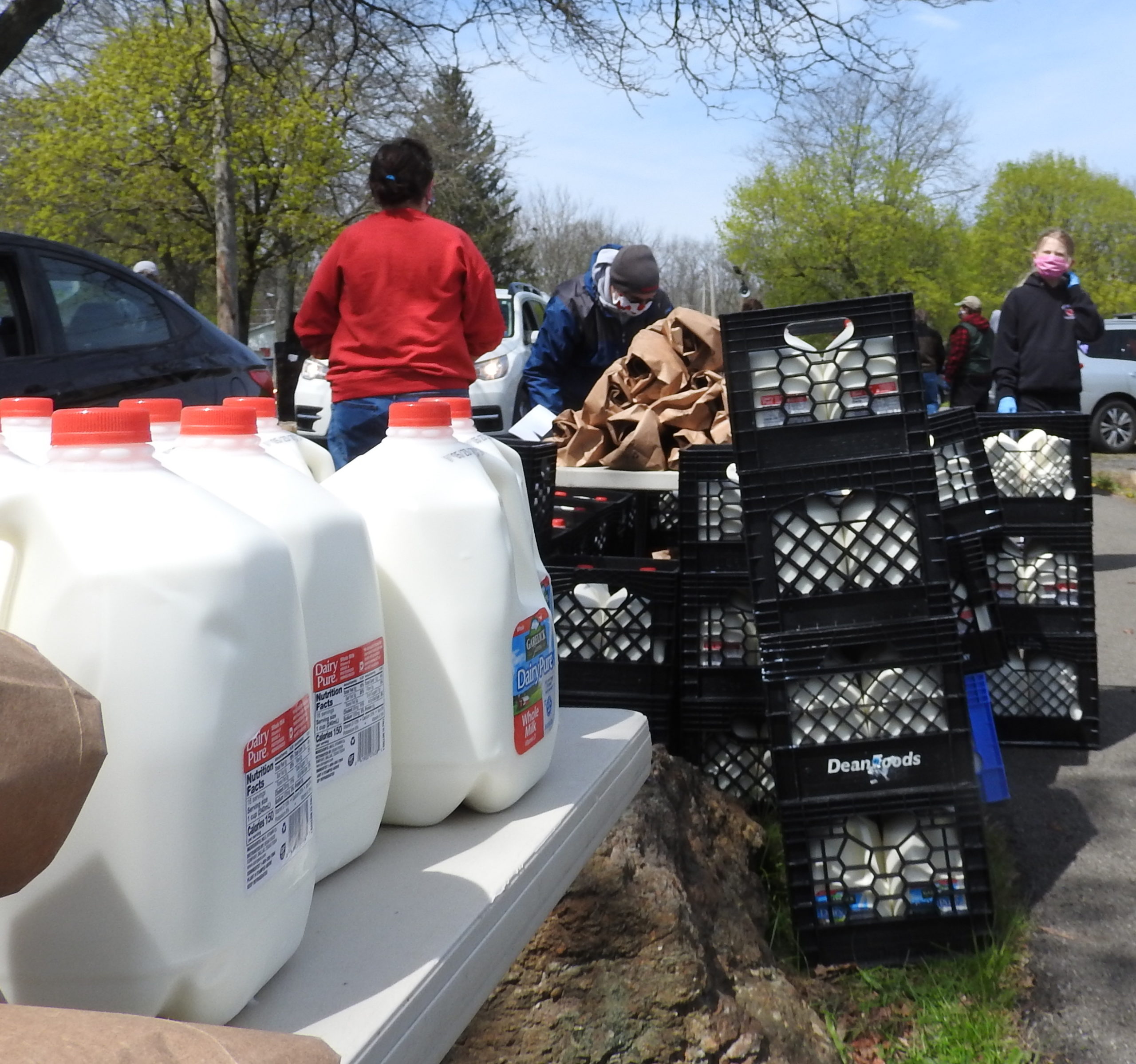 According to Miranda Palmer, event coordinator for the Tioga County Agricultural Resource Group and Tioga County Soil and Water Conservation District employee, last week’s event saw over 800 vehicles, and disbursed 3,888 gallons of milks and 1,500 cups of yogurt throughout the event. (Photo by Wendy Post)

To date, Dairy Farmers of America, with the help of American Dairy Association North East, has donated more than 100,000 gallons of milk throughout New York, Pennsylvania, New Jersey, Maryland and Delaware.

Officials assist with the flow of the drive-thru and giveaway last week at the Tioga County Fairgrounds in Owego. (Photo by Wendy Post) 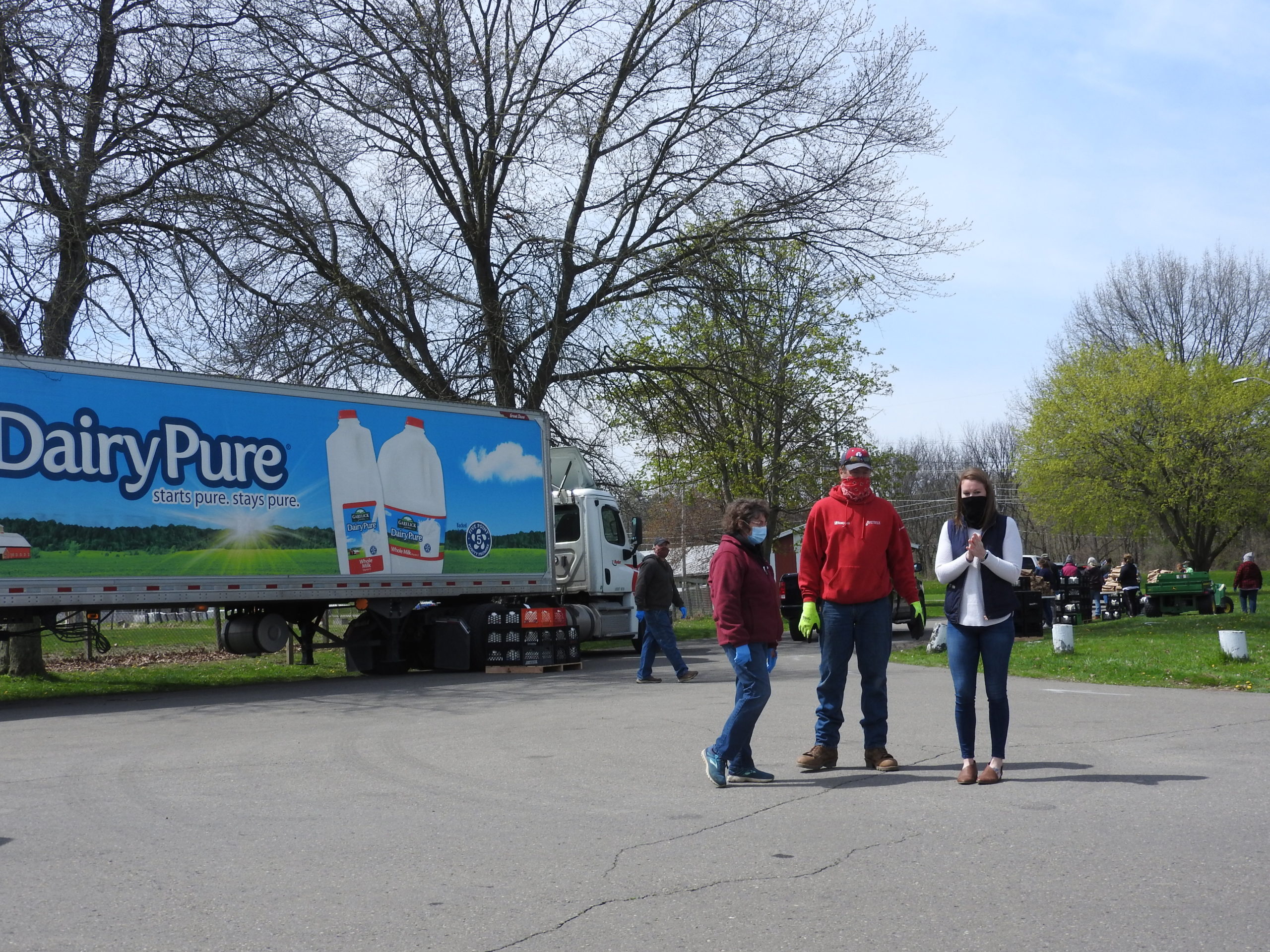 Volunteers at the event prepare to direct traffic during last week’s dairy drive-thru giveaway held at the Tioga Fairgrounds in Owego. (Photo by Wendy Post)

Be the first to comment on "Thank A Farmer"