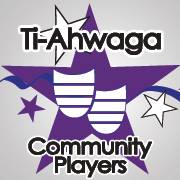 The Ti-Ahwaga Community Players will be holding auditions for the upcoming play, Proof, at 42 Delphine St. in Owego on Wednesday, Feb. 12 from 7 to 9 p.m. and on Saturday, Feb. 15 from 10 a.m. to noon. The show opens May 29 and runs for two weekends, closing June 7.

If you’re interested in reserving an audition slot, email the show’s producer at joan@thesmiths.to or info@tiahwaga.com.

Those interested should prepare a monologue 30-60 seconds long and review the following character descriptions.

Catherine – A young woman (approx 25 years old), who inherited much of her father’s mathematical genius and, she fears, his “instability” as well. She gave up her life and schooling to take care of her father until his recent death.

Claire – Catherine’s older sister (28-32 years old), a practical and business-minded woman who has been comfortably successful in her work and relationships. She left Robert and Catherine behind, distancing herself from the run-down family home of her youth. She left the family to make a new life for herself in New York City.

Robert – A recently deceased mathematician (approximately 60 years old) praised for his groundbreaking work in his youth, but whose later years were plagued by delusional mental illness; he is seen in Catherine’s imagination and in flashbacks.

Harold (Hal) Dobbs – (in his late 20’s to early 30’s) One of Robert’s last Ph.D. students during the year his idol and mentor’s illness went into remission, at least enabling Robert to teach, if not continue his own creative mathematical work.

Proof will be performed May 29 to June 7 at the Performing Arts Center, located on Delphine Street in Owego. Proof is the winner of the 2001 Pulitzer Prize for Drama.

One of the most acclaimed plays of the 1999-2000 season, Proof is a work that explores the un-know-ability of love as much as it does the mysteries of science.