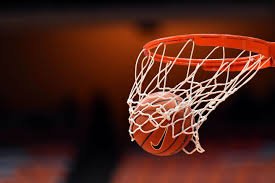 Owego Free Academy Assistant Basketball Coach, Charlie Sibley, was honored recently during games against Binghamton for 50 years of coaching basketball in the community. During the current season, Sibley has served as an assistant coach for junior varsity and senior varsity girls and boys basketball teams.

“I was very surprised because I had no clue that they were going to honor me that night. I only realized when I walked in the locker room and the players had t-shirts with my picture on it and my nickname on the back and I said what is going on,” said Sibley.

Sibley, who has been coaching since 1970, said that everyone involved was able to keep it from him because he never uses social media.

“The reason I didn’t know anything was going on is because I don’t do Facebook or twitter or social media, and everyone knows that and that’s how they set it up without me knowing. That’s why I was completely surprised,” Sibley exclaimed.

He added that as a lifelong resident of Owego he didn’t expect such a small town to be able to keep such a secret. As to the future, Sibley said he is going to remain tight-lipped about it since the last time he thought about retiring from coaching his players at the time talked him out of it.

“I [have got to] be quiet about it or the kids will talk me out of it again,” Sibley said.

Far from slowing down though, Sibley, a retired process technician, took on even more responsibility as he serves as an assistant coach for five basketball teams at the moment.

“For the past 15 years I have worked mostly with the boys, but a few years ago the girls wanted me to help out and work out with them; so this year I said that I would do both,” Sibley said.

Part of the reason Sibley said he agreed is that he feels a strong rapport with his players.

“I enjoy watching players develop their game and get better,” Sibley said.

Basketball has been a part of Sibley’s life since he was six years old and started playing at the local Boys and Girls Club.

“And after that I played in high school and then I coached AAU and travel teams,” he said.

Beyond the fact that everyone was able to keep the honor a secret from him, Sibley said he was grateful that so many former players and fellow coaches came to the event.

“Thank you to everyone for being there; it has been a great privilege that you have allowed me to be a small part of your lives,” said Sibley.

Be the first to comment on "Coach honored during recent game"