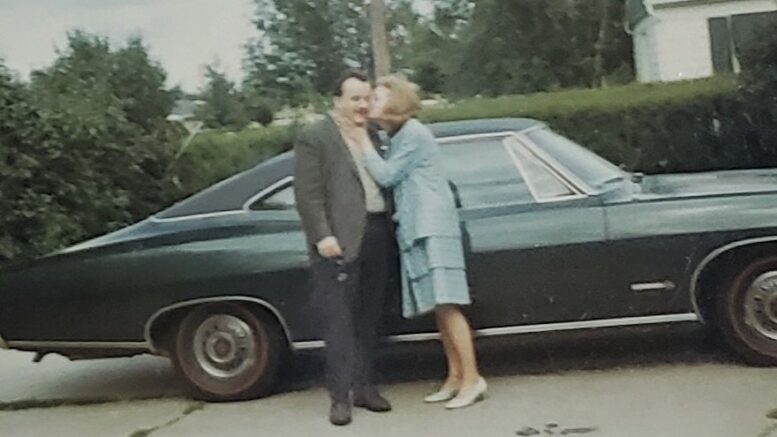 Back in 1967 Parker purchased a 1967 Impala 427 (not to be confused with an SS427 Impala), got married, and then kicked off a spectacular acting career when he moved to New York.

This week I’m putting together several letters that famed Hollywood character actor F. William Parker has sent me over the years. Thanks to his friend Judy, who sends him the Bloomsburg Press Enterprise every week so he has hard copies of my columns, we’ve been communicating for a while now so it’s time to let my readers know that F. William truly is a car crazy, famous actor. Check him out on IMDb and you’ll see his television and movie credits, which are near 200 credits.

Q: Greg, I read your recent column that my friend Judy sent me from Bloomsburg and marveled at the AMX 390 Go Pack in that lovely green color.

I test-drove one back in the day, but it was not a 1970. It was green and went like stink and I shook up the salesman who rode with me, but I couldn’t afford it at the time. However, in 1966 or ’67 I got the hots for a Corvair and went to look at a used ‘65 finished in black. The shifting was wonderful, the handling quite nice, but I mentioned that the car at speed seemed to wander a bit on the highway. The owner said, “Go down to the dealer and tell him you want a front air wing to put under the nose (a spoiler, we’d call it now), it’s 10 or 15 bucks and takes care of the wandering.”

I bought the Corvair and the spoiler and then added “Hollywood” chromed dual exhaust (that my mother kicked in as a Christmas gift), big Goodyear’s in the back, and a wood panel behind the rear seat for a rear speaker! I loved it. Auto-crossed it, but the regular bolts attaching the exhaust (a bit heavier than the stock system) kept breaking until my boss at the time said “get aircraft quality bolts,” and I had no more problems. I sold it to head off on my career as an actor in New York City. 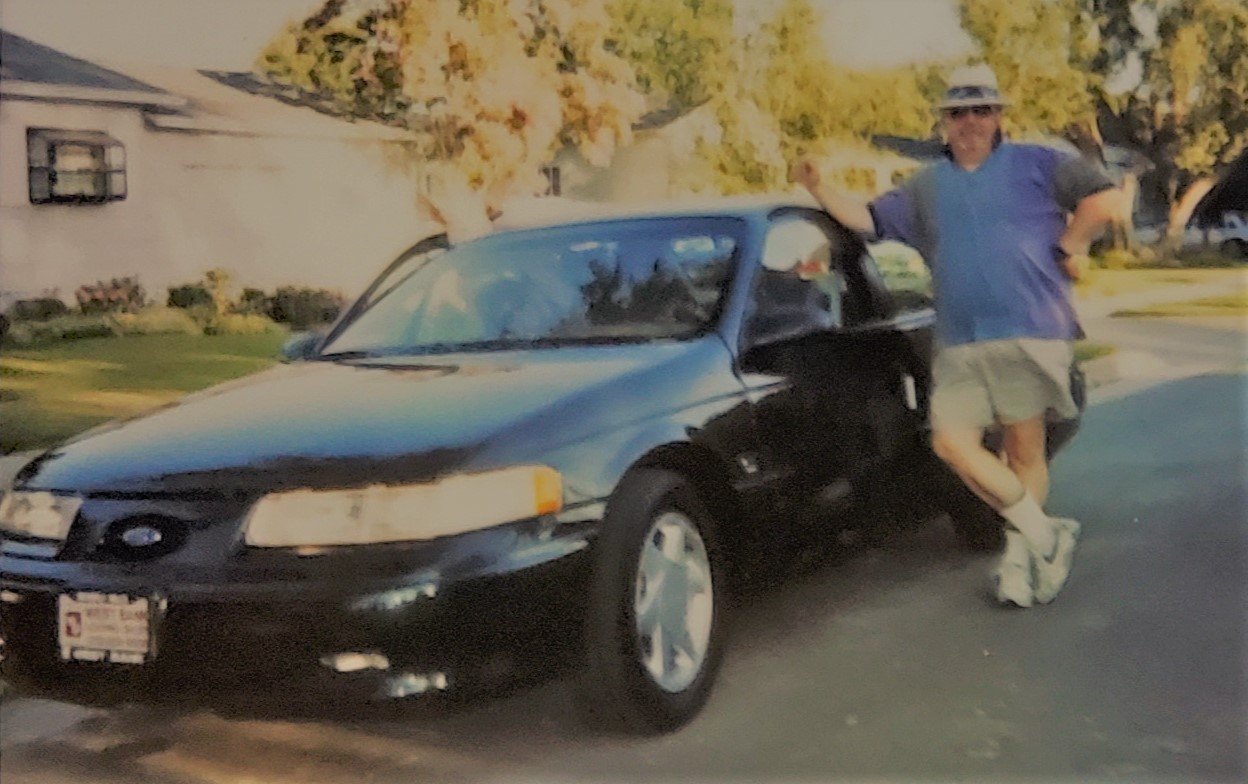 One car Parker favored was his Ford Taurus SHO, with a double overhead cam V6 designed and built by Yamaha. He loved showing off the engine.

My friend in Bloomsburg sent me a copy of your column concerning auto-racing flicks, so I had to write.

A friend in my Corvette Club had suggested I might like the book, “The Art of Racing in the Rain.” After reading the book I got more copies and handed them out to the club members, suggesting it was worth a read. The response was quite powerful (as we all have our fantasies). I followed rumors of the making of a film and finally called the author and asked when it would be out. He said there had been a lot of back and forth and he wasn’t sure if it was going to happen.

As you know it finally did, but I would ask anyone with an interest to read the book and perhaps skip the film. The fantasy in the book is not as well handled in the film and the comments of the Corvette club members who read it were all very positive and emotional. A great read. 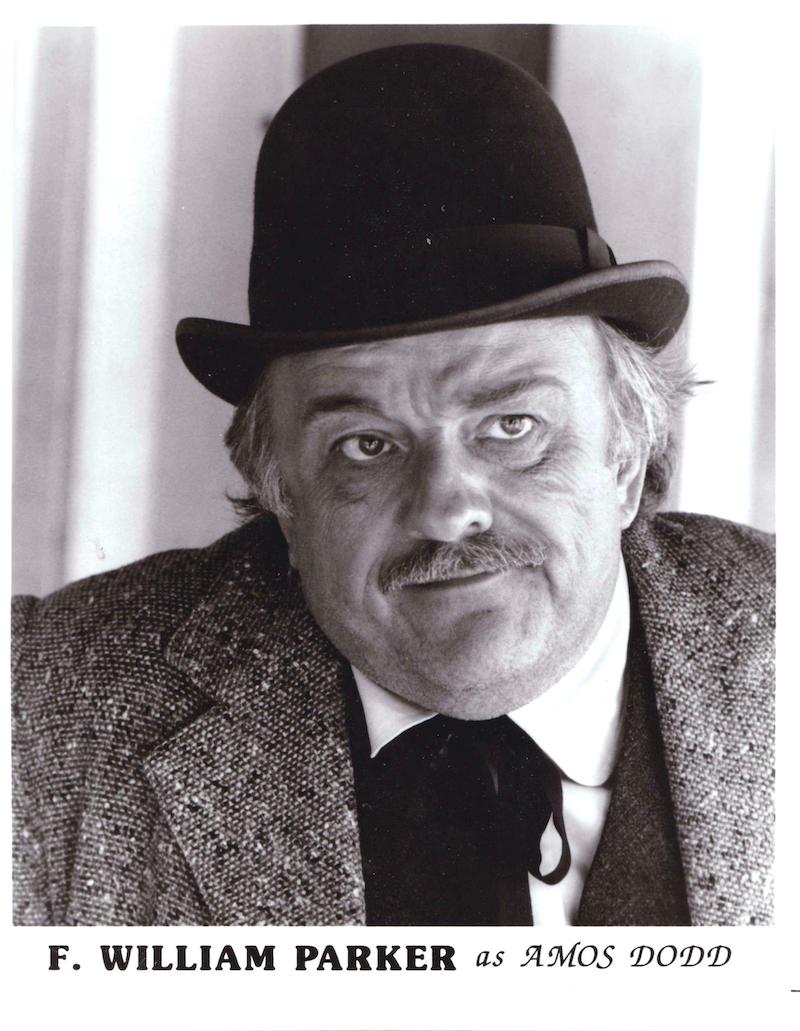 Hollywood character standout F. William Parker appeared in nine episodes of the Emmy winning western series “Paradise,” as Amos Dodd. Parker has over 180 acting credits to his name and is a huge fan of our author’s columns.

And a film you mentioned, “Greased Lightning,” is the Wendell Scott story starring Richard Pryor. A lot of Pryor’s humor and drive, and a great supporting cast about a man (Scott) who kept on trying (to race) on used tires and parts until he finally won; that was a helluva’ film. One from the past I’ve seen many times is “The Big Wheel” with Mickey Rooney and Thomas Mitchell and it reminds me of Bloomsburg and their nascent Dirt Track adventures.

I had the pleasure of being cast on one of the “Dukes of Hazard” 2nd edition shows, and when the original stars wanted more money they got it and we were let go. I remember once we were on a property outside of LA with many back roads seen in the series and small town facilities. We would be driven to the various locations on the property, and in the fields we drove by were a number of Dodge Chargers from the show in various states of “Bent Metal.” Seems the chassis of the Dodge Chargers were not up to the landings unless heavily reinforced and the early rejects were left to their own demise after a jump or two.

As for my special interest cars, in 1967 I ordered a 1967 Chevrolet Impala with a 427 (not a SS 427 which had the three chrome fake intakes on the hood). I had it painted a GM Dark Green from the factory (not a Chevy color), which GM added a $35.00 surcharge. It had a black vinyl roof and, sadly, a gold bucket seat interior. 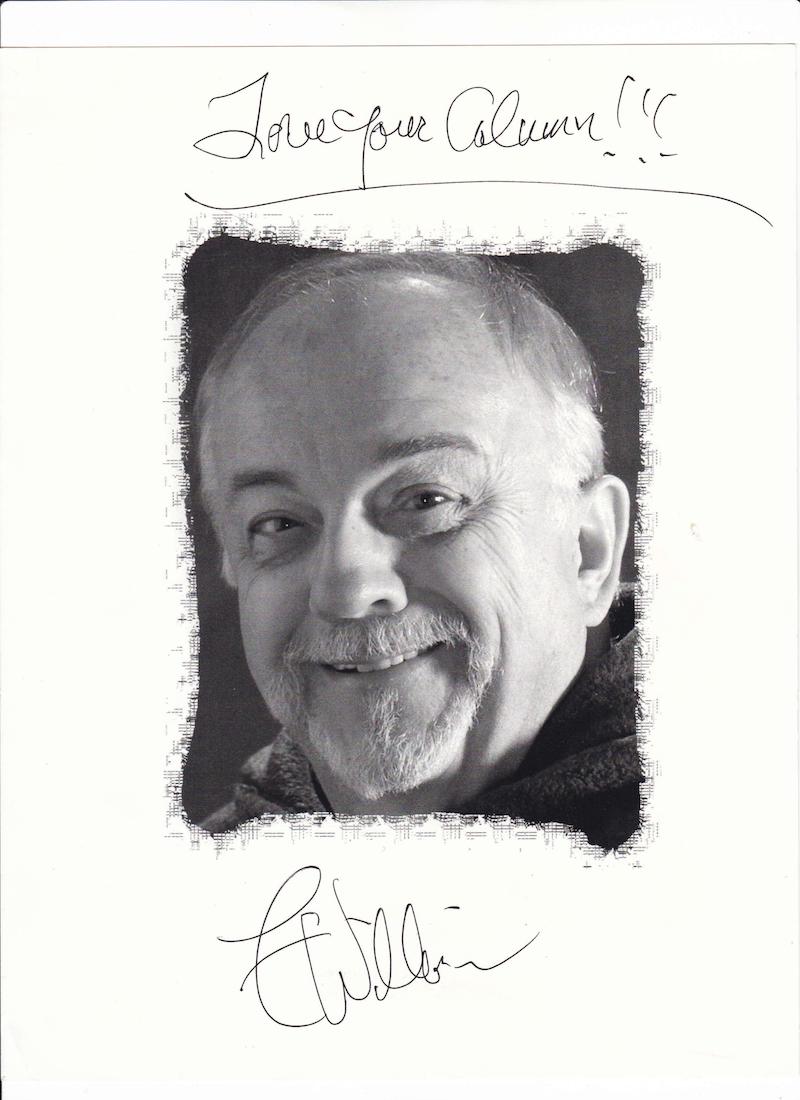 Parker sent along this signed “Love your column” photo to be used in Greg’s column. Parker mentions many films written about racing including “Greased Lightning,” “The Big Wheel,” and most recently “The Art of Racing in the Rain.”

With its 3:36 axle ratio it would shift the turbo 400 3-speed hydromatic transmission out of second at 99 MPH. It was a huge beast, but with some Smithys glass pack mufflers a real treat to drive. My Ford SHO I loved the motor and showing it off, but the Ford parts were disappointing. My RX-7 I had repainted BMW green, and my ’61 Impala 348 3-deuce with the ’57 Cadillac green side spear had a 4-speed. These were some of the fun cars and I also got a ’96 Corvette and bumped the rear gear up and it was fast. I still have the Corvette with the Hurst 4-speed, and it’s been great owning all these cars.

A: Thanks for the signed photo F. William and for being a fan of my columns. Continued success to you and yours, and Happy Thanksgiving.

(Greg Zyla is a syndicated auto columnist who welcomes reader input and questions on collector cars, auto nostalgia or motorsports at greg@gregzyla.com.)