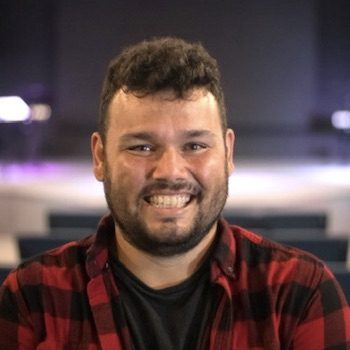 Governor DeSantis sent 50 migrants to Martha’s Vineyard and political points flowed under each partisan flag. There’s a biblical lens followers of Jesus potentially neglected while forging their opinions on this topic; a perspective that might galvanize your excitement for missions.

Truth is, when we consider the Great Commission we imagine the desert lands of Senegal, islands of Indonesians, or maybe exotic mountains of Tajikistan. We can be seduced to abdicate personal involvement past our actions of prayer or financial aid. It would be foreign to visualize Owego, Apalachin, or Johnson City as locations of extreme missional momentum. Our myopic optics need a navigational touch.

Paul was a diasporic Jew, a migrant akin to such powerful influences as Abraham, Joseph, Ruth, and Daniel. He was comfortable crossing borders, bilingual, and fluent in multiple cultures. He used his multicultural identity to present the Gospel in innovative, creative, and relevant ways.

Contrast him with Peter who even after being filled with the Holy Spirit, clung to his ethnocentrism. Peter had a difficult time letting go of his racism until God confronted these sins in Acts 10. There he’s transformed by the Gospel even further, confessing no person is impure, there is no favoritism with God, and every race of men can receive the Holy Spirit. The Gospel challenged his ethnic pride, priorities for salvation and worldview towards ‘the other’.

I make these comparisons to highlight how Paul’s migrant identity aided his pervasiveness to champion missions work. His bicultural worldview brought about the inclusion of others. What also made Paul an effective instrument of God’s mercy was his transnational network. Through international connections he could provide instructions to churches, financial aid, discipleship of leaders, transportation, and the movement of workers. Throughout his 13 letters we can observe streamlined, social remittance that served as strong tethers between churches ranging from Jerusalem to Rome.

With this understanding of Paul as transnational, let’s revisit categorizes of refugees, migrants, and others. We don’t imagine our Southern Tier of New York when visualizing the destinations of missions. But we churches are powerfully situated on the frontlines. We have huge populations of Ukrainian and Russian diaspora in our nearby suburbs. We have huge populations of diasporic people in our rural towns from Nepal, Bangladesh, Myanmar, and Pakistan. How are we not on the frontlines, primed for missional effectiveness?

With an infant girl and newborn son on the way, I’m not leaving American soil anytime soon. I’m only fluent in one language. And when I get cut, I bleed red, white and blue. Like many of you, I can’t just get up and do mission work in Ukraine. I don’t have the ability to communicate the weighty truths of the Gospel in Russian, in Moscow. The governments of Myanmar and Pakistan will most likely deny my entry into their nations under suspicion of proselytism.

My circumstances might run parallel to you, the Pennysaver reader, who doesn’t have access to these same places. So yes, it is tempting to abdicate personal involvement of the Great Commission because we’re not abroad but the truth is, we have been on the frontlines this whole time.

Our diasporic migrants from Southeast Asian countries have the ability to regularly cross borders by plane. Our Latino refugees are most likely bilingual and could translate concepts of the Gospel in cultural ways not natural to us. Our Slavic speaking diaspora populations have a network of social remittance. Like Paul they write letters called emails and tether international cities through Facetime. Perhaps, just like Abraham, Daniel, Nehemiah, and Lydia, the evasiveness of transnational migrants to advance the Gospel and do mighty things for eternity is stock worth investing in juxtaposed to viewing migrants as burdens to our system.

It’s dangerous welcoming Syrians refugees; men and women whose adolescence was developed in civil war torn Damascus. Dangerous, yet perhaps a diasporic group in need of the love and hope of Jesus Christ that they can translate home. It is dangerous welcoming Mexican migrants from our southern border, men and women who could be carrying drugs or weapons. Dangerous, yet perhaps a diasporic group who could be carrying bicultural understandings of the Gospel and a fresh energy for our dying churches.

Be the first to comment on "A Pastor’s Thoughts; Migrants in our Country"