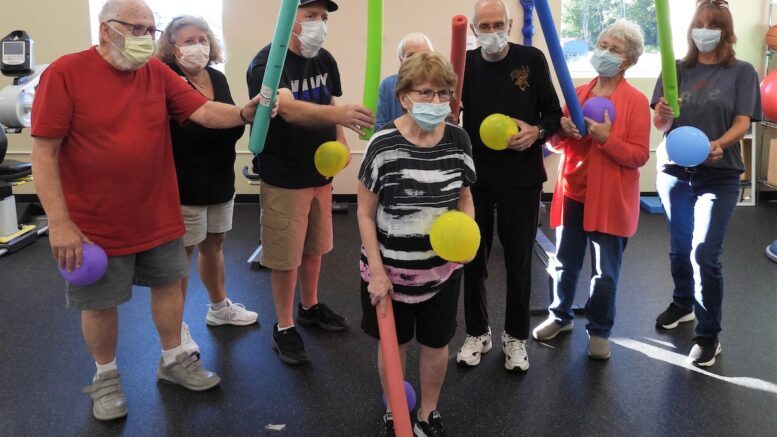 The "Punch Out Parkinson's" class in Owego gathers around participant Darlene Howland at the end of their session to wish her a happy birthday. (JoAnn R. Walter Photo)

Rock Steady Boxing Southern Tier NY, based out of Binghamton, recently opened a location in Owego. The nonprofit has expanded their “Punch out Parkinson’s” program. Twice-weekly sessions started during the summer at UHS Physical Therapy, located at 941 Rte. 17C in Owego.

Rock Steady Boxing (RSB) cites that their program enables people with Parkinson’s disease to fight the disease by providing non-contact, boxing-style fitness drills, and, in turn, the exercise improves an individual’s quality of life.

According to RSB, anyone at any level of Parkinson’s can lessen their symptoms and lead a healthier life.

Owego resident Ed McMullen agrees that the RSB classes help, and remarked, “I look forward to it.” 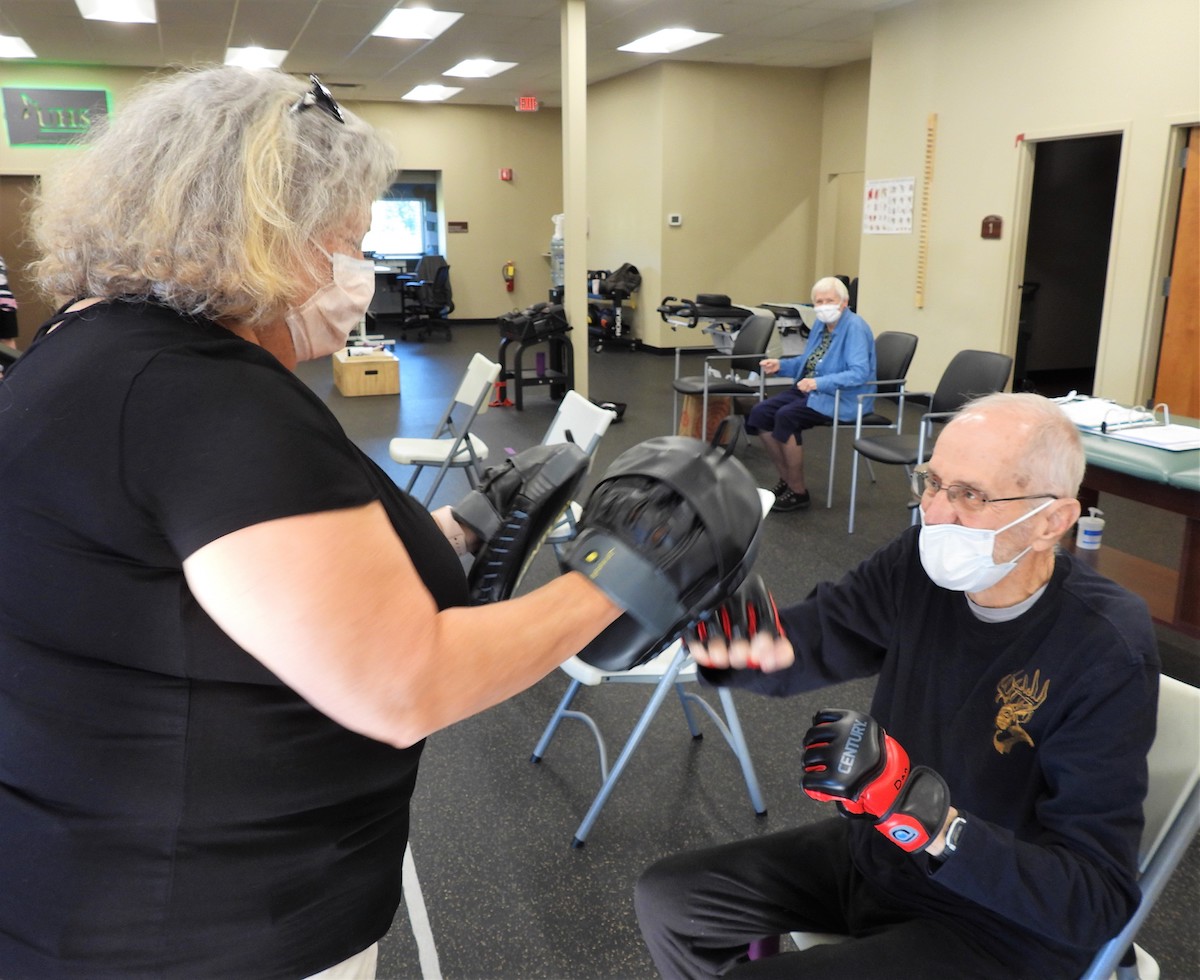 Ed, now 84, was diagnosed more than five years ago and suffered quite often with tremors. Although medications help to a certain degree, it’s the exercise program that has given Ed a reason to keep going.

Ed’s wife, Gennett, along with a daughter visiting from North Carolina, shared that they have seen Ed’s progress transform in just a few short weeks.

Recent studies suggest that exercise programs work to delay the progression of Parkinson’s symptoms. RSB provides encouragement through coaching to improve an individual’s strength, balance and flexibility, to name a few. 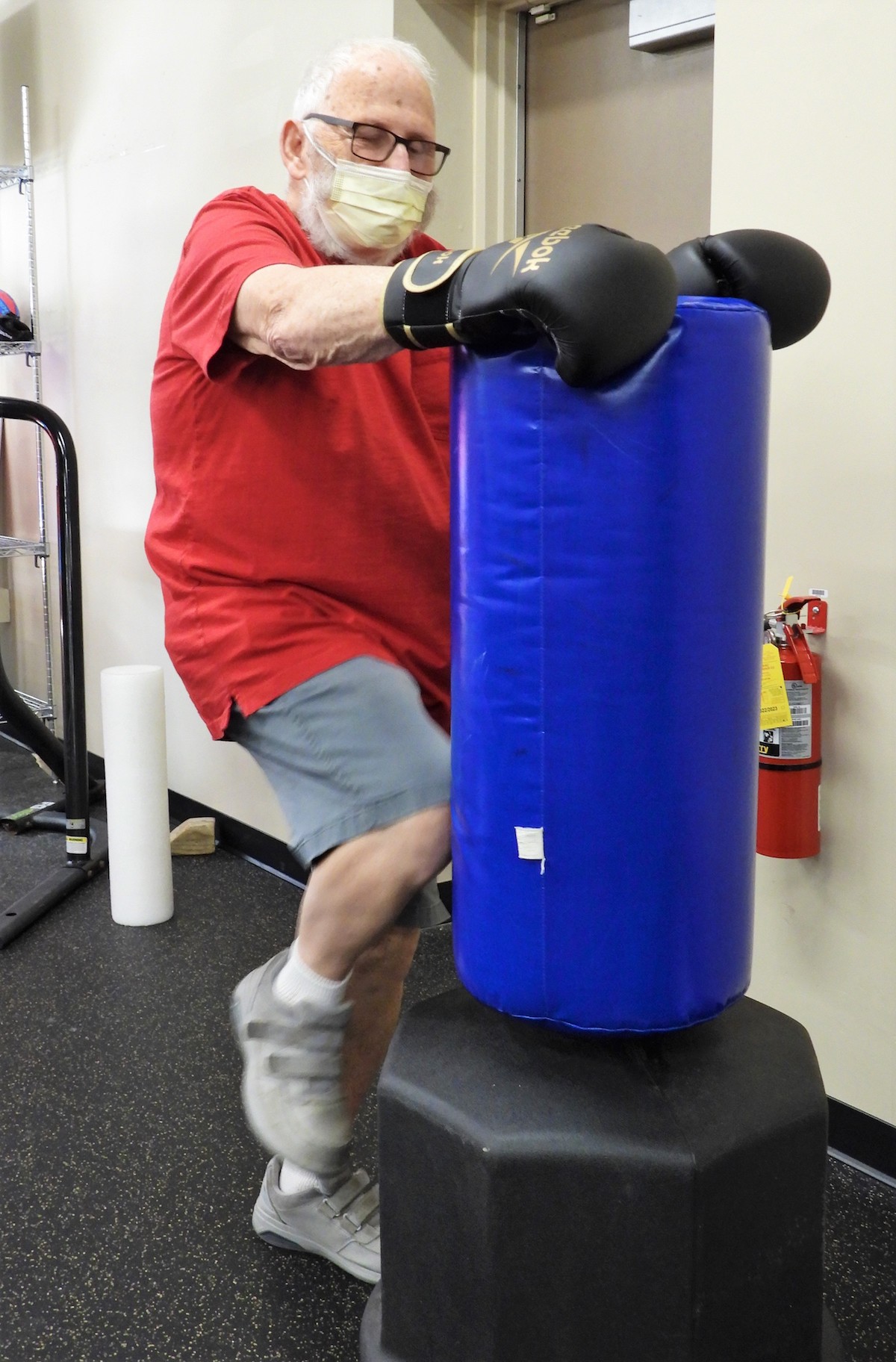 While in the gym, several boxing drills that focus on agility, speed, muscular endurance, hand-eye coordination, footwork, and strength involve participants in the hour-plus sessions. From uppercuts to jabs to cross punches, participants get introduced to a number of introductory boxing techniques.

For Darlene Howland of Apalachin, and who recently celebrated her 71st birthday, the boxing classes have boosted her confidence and balance. Just a few weeks ago Darlene was dependent on a walker. Today she is standing up straighter and moves with more ease without the constant use of a walker.

According to the Parkinson’s Foundation about 60,000 people are diagnosed with Parkinson’s disease annually. This number does not reflect the thousands of cases that go undetected, and about one million Americans are thought to have Parkinson’s. Parkinson’s is the second most common age-related neurodegenerative disorder after Alzheimer’s. 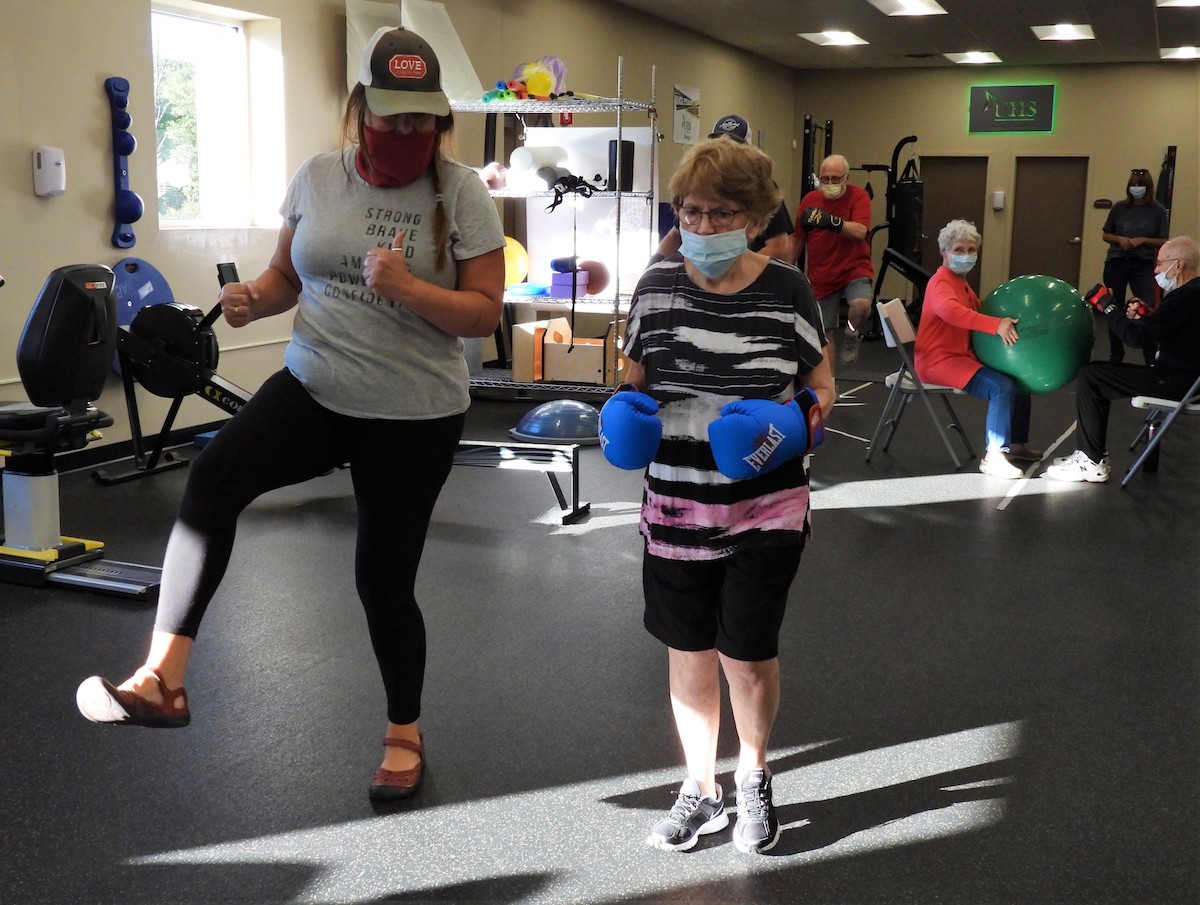 According to the National Institute of Health (NIH) website, while there is no cure for Parkinson’s today, “Research is ongoing and medications or surgery can often provide substantial improvement with motor symptoms.”

Organizations such as the Michael J. Fox Foundation have increased efforts to, “Eliminate Parkinson’s Disease in our lifetime,” and then the Parkinson’s Foundation cites that they have united research and the PD Community, which has led to breakthrough discoveries. The latest efforts to slow or stop Parkinson’s via a vaccine are in the study and clinical trial phase.

Head Coach Amber Pinkey, a nurse and LMT, knows the ropes when it comes to how exercise improves the lives of people living with Parkinson’s.

Amber explained that individuals usually start the exercise program within a week after completing an introductory evaluation. Most participants are age 60-plus; RSB currently has individuals from age 38 to 92. Many medical specialists and neurologists in the area, Amber said, are familiar with the program and can refer individuals to RSB. Or, interested individuals can contact RSB directly. 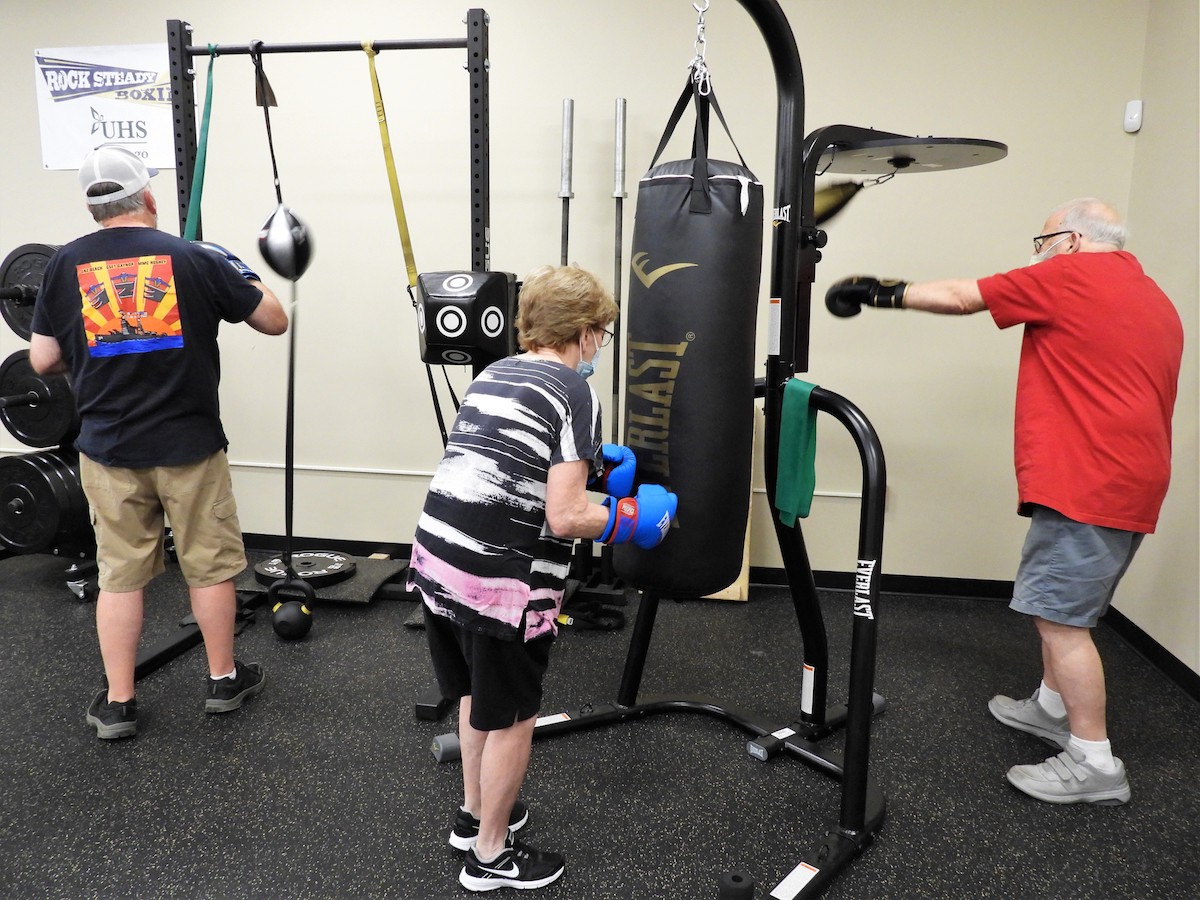 Within a short period of time, Amber noted, “You can start to feel and function better; and where stiffness, strength and mobility is improved,” adding, “And there is a quantified science that exercise increases dopamine.”

Amber further explained that in Parkinson’s patients, the brain gradually stops making dopamine, which is a critical neurotransmitter that sends signals within the brain.

And not just exercise, Amber has seen in just a brief period of time that the participants have established a camaraderie, and that they feel less alone by meeting others who are also dealing with various levels of Parkinson’s. Family members or friends are encouraged to accompany the participants to sessions.

Lively music, like “Rock Around the Clock” by Bill Haley and His Comets, is played during the boxing sessions, too, to add a positive vibe and keep boxers motivated.

For Newark Valley resident Dan Cawley, now age 81, most exercises he participates in at this point have been chair-based.

Dan has seen an improvement and said the experience has been, “Great, it has helped.”

Rock Steady Boxing Southern Tier NY is working to expand their program. For more information, visit rocksteadysoutherntierny.com. You can also reach out to Amber Pinkey at (484) 767-4544.

Be the first to comment on "Punching out Parkinson’s"