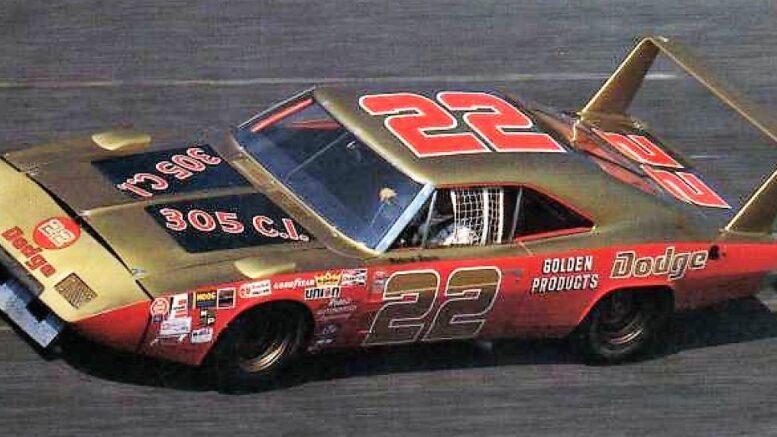 Q: Greg, I enjoy your columns very much and want to ask you about some of the early days of NASCAR. I know you knew Smokey Yunick personally, but who do you feel were other NASCAR personalities that broke the rules when racing?  David K., retired in Connecticut.

A: David, first I’m glad you didn’t call Smokey a cheater, because back then, those who stretched the rules the best usually won the races. I’ll name two personalities, one very well known and one that to this day isn’t really known well to the general public.

The mostly unknown NASCAR innovator, who was a driver, car owner and then chief mechanic is Mario Rossi, who only drove a race car a total of four times in the years 1955, 1956 and 1958. He had one top five, but later came to prominence as a car owner and then a top-flight crew chief and engineering trendsetter. He is responsible for the submarine style lap belt, rubber enhanced fuel tanks and the first to put a headrest in a stock car. He worked for Smokey Yunick, Bud Moore and Bill Stroppe along the way, the latter headed up the Mercury team efforts. He then formed his own team in 1968.

Perhaps Mario’s biggest claim to fame was back in 1971 at the Daytona 500. NASCAR had just outlawed the aerodynamic and winged Dodge Daytona and Plymouth Superbird from any further competition unless they utilized a tiny 305 cu. in. engine. The other Fords, Chevys and non-winged Plymouths and Dodges still were running the big block 427 and 426-inch engines. NASCAR felt no one would ever attempt qualifying a 305-V8 Dodge Daytona, but they didn’t count on Mario Rossi not taking a close look at the new rule.

Specifically, Rossi got in touch with noted NHRA top fuel engine builder Keith Black and arranged to purchase one of his 305-inch de-stroked 340 MOPAR engines that were currently being run in the SCCA Trans Am series in the Dodge Challenger and Plymouth Barracuda models.

Rossi surprised everyone at Daytona when he showed up with the little Keith Black engine. His driver, Richard Brooks, proved him right, finishing third in the 125-mile qualifying race, leading one lap. Brooks then started 8th in the Daytona 500 and ran with the lead pack and even led five laps with the little 305. However, Pete Hamilton made contact with Brooks and both had to pit for tires and repairs. Hamilton finished 43-laps down in 28th in his Cotton Owens Hemi Plymouth, while Brooks stunned the field and came back to finish 7th overall and just 2-laps down.

Following the 1971 season, Rossi stayed in the sport but no longer as a car owner. He carved his career as one of NASCAR’s most celebrated technicians until he disappeared under mysterious circumstances in February of 1983. Unfortunately, Rossi had been allegedly linked to drivers who had been arrested for drug smuggling. Theories include he is still alive and living under an assumed name in witness protection while others include his murder by unknown actors. Here’s hoping the former Trenton, New Jersey, native is still with us, somewhere. 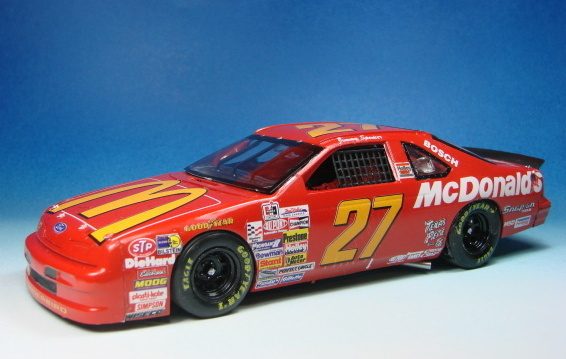 In addition to Rossi, Junior Johnson was noted for his ingenuity along the way, resulting in numerous big NASCAR wins. He was a top driver and then a champion car owner. Shown is Jimmy Spencer’s winning Johnson owned Ford Thunderbird. (Compliments Junior Johnson)

The second pacesetter I speak of in this column when it comes to stretching the rules is Junior Johnson, a true superstar driver and owner. A friend of mine drove for Junior, namely Jimmy Spencer from Berwick, Pa. Spencer won twice for Junior in 1994, and I learned later down the road of how Junior reworked getting more air to the carburetor by drawing it up from behind the engine and hood to arrive at the carburetor. The same was done on Jimmy’s teammate’s car, driven by Bill Elliott. Both were winners, but NASCAR found out about the setup and told Junior no more! Well, Junior tried it again and his team was fined for the infractions.

Now I need to explain the difference of how things are today, versus yesteryear. I attended my first ever NASCAR race back in 1970 at the spring Rockingham 500, March 8, 1970. Along with several of my active duty Army National Guard buddies training at Ft. Jackson, S.C., I was thrilled to see Richard Petty win that 500-lap race in his winged Plymouth Superbird.

Unlike today’s Next Gen, modern NASCAR racecar, which is more equal to every other car in the starting field than ever before, things are very different. This is why you see so many newcomers winning races and drivers who never had the money or proper car now running up front. This new equality status makes the races better and truly gives a chance to drivers who have never run up front before. An excellent example is Randy LaJoie’s son, Corey, who nearly won a few weeks back at Atlanta for a very small budget team. So, three cheers for NASCAR making the playing field more equal.

However, I still love the old days, when mechanical genius was what really mattered. All the cars back then were different, had numerous engine builders, and each car its own rule stretching ingenuity. This resourcefulness was a top line necessity to win. Some of the genius mechanical moves included chassis rails filled with buckshot (little bee bees) that the driver could release from inside the car and pickup perhaps a 100-pound advantage. Most all of the winning drivers did the same thing.

The Richard Petty team was known for its frequent larger engine ingenuity, including special treatments to cylinder bores to make sure the engine passed inspection. (Compliments Plymouth)

Then it was the Pettys who realized every time a NASCAR official checked a cylinder bore for proper size, they always used the cylinder that had more header clearance to put the measuring tool in a spark plug hole and allow their hands and fingers more room.  The Pettys were masters at utilizing wax or anything that could melt on two of the eight cylinders to mimic a smaller bore. When the engine started, the wax melted and presto, a bigger engine! Unfortunately, NASCAR never checked the engines after the race, or weighed the cars either.

Other known “tricks” were massively overweight helmets and anything in-car that could be removed and replaced. Everything from steering wheels to radios were window dressing heavyweight “dummies” that were replaced before the race started, but after a successful NASCAR inspection. Darrell Waltrip admits his helmet that was in his car during inspection weighed 50-pounds! I highly recommend watching Dale Earnhardt Jr.’s “Mighty Mo” media app where he and Waltrip go over many of the “tricks of the trade” from the good old days. Check it out on YouTube now with a search of “DW’s Cheatin’ Stories.”

Country music mega star Marty Robbins was a frequent NASCAR competitor in his beautiful Dodge and Plymouth entries. He admits many of his cars were illegal, but that never stopped the popular driver from competing. (Compliments Robbins Collection)

Another superstar country singer, Marty Robbins, was a part-time NASCAR Cup racer who always brought his beautiful, top class Dodge and Plymouth cars to the tracks. It was always understood that Robbins’ cars were illegal, with big motors and utilizing all the tricks to give him an advantage. Although he never won a NASCAR race, during a career that spanned from 1966 to the year he died in 1982, Robbins was a major attraction, even though he never ran more than five races in one year. His final stats include 35 starts, one top five and six top 10s. He admitted many times his car was usually running a bigger engine.

In ending, I always respected how the winning teams were able to stretch the rules, although I hate using the word “cheater.” I’ll admit the cars were illegal, but if you didn’t join in with what it took to win, and knew your competition was doing the same thing, you were destined for perhaps a top 10 now and then but you were not going to win.

Thanks for your question David. And remember what Dale Jr. always says, “It is the crew chief’s job to find holes in the rulebook.”

I’ll add, and then some.

(Greg Zyla is a syndicated automotive columnist who welcomes reader questions on collector cars, auto nostalgia and motorsports at greg@gregzyla.com)

Be the first to comment on "Cars We Remember / Collector Car Corner; NASCAR: The days before ‘everyone is equal’ and two special early day ‘innovators’"