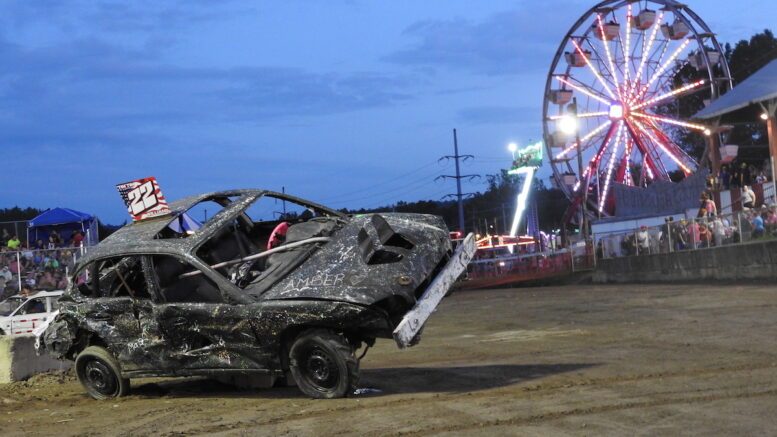 The Tioga County Fair, set for Aug 9-13 at the Tioga County Fairgrounds in Owego will set the stage for this year’s Demolition Derby Action! According to organizer Rob Browne, there were over 175 participants last year, and this year is expected to bring in the same number, or maybe higher.

Taking place on Wednesday and Friday, Aug. 10 and Aug. 12, admission to the grandstands for the 7 p.m. attraction is included in the $15 gate fee that offers access to the fair, the rides, and the demolition derby. On Friday, the popular Power Wheels Derby for youth will take place at 6 p.m.

Kids take on their own derby style action last year, and during the Power Wheels Derby at the Tioga County Fair. (File Photo / JoAnn R. Walter)

Those participating in the demolition derby should arrive between 3 p.m. and 6 p.m. each day to register. You can also sign up and find the rules, organizer contact, the derby schedule, and entry forms at www.tiogacofair.com/derby.htm.

Registration is $100 for the V8 Class, and registration for the derby is $50 per car. The fee covers one car / driver and access to the pits, grandstands, and the fairgrounds. Everyone else is $30 to enter the pits. This year’s payouts and awards are to be determined, but will include trophies and money. 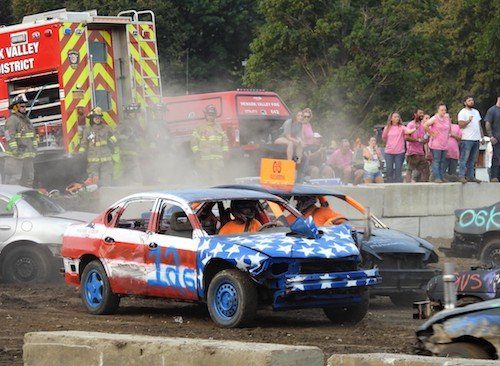 In charitable fashion, a common characteristic among this tight-knit racing community, there will be a raffle of a V-8 car, specifically a 1977 Chrysler Cordova, throughout the week that will benefit the family of 5-year old Kendyl White, a young girl who has been fighting for her life after being born with a rare birth defect, and then having complications after surgery.

The Candor girl was born with a double inlet left ventricle, a rare congenital defect in which the left and right atria of the heart are connected to the same ventricle. This condition affects a child’s blood circulation and often requires multiple surgeries to make their heart work effectively. However, a surgery in the spring did not go as smoothly as expected. After the procedure, Kendyl had multiple seizures and two strokes causing significant brain damage.

Kendyl faces months of recovery from the ordeal, and up to one year of rehab. An outpouring of support, however, followed, with members from all around the community stepping up to help out Kendyl and her family. 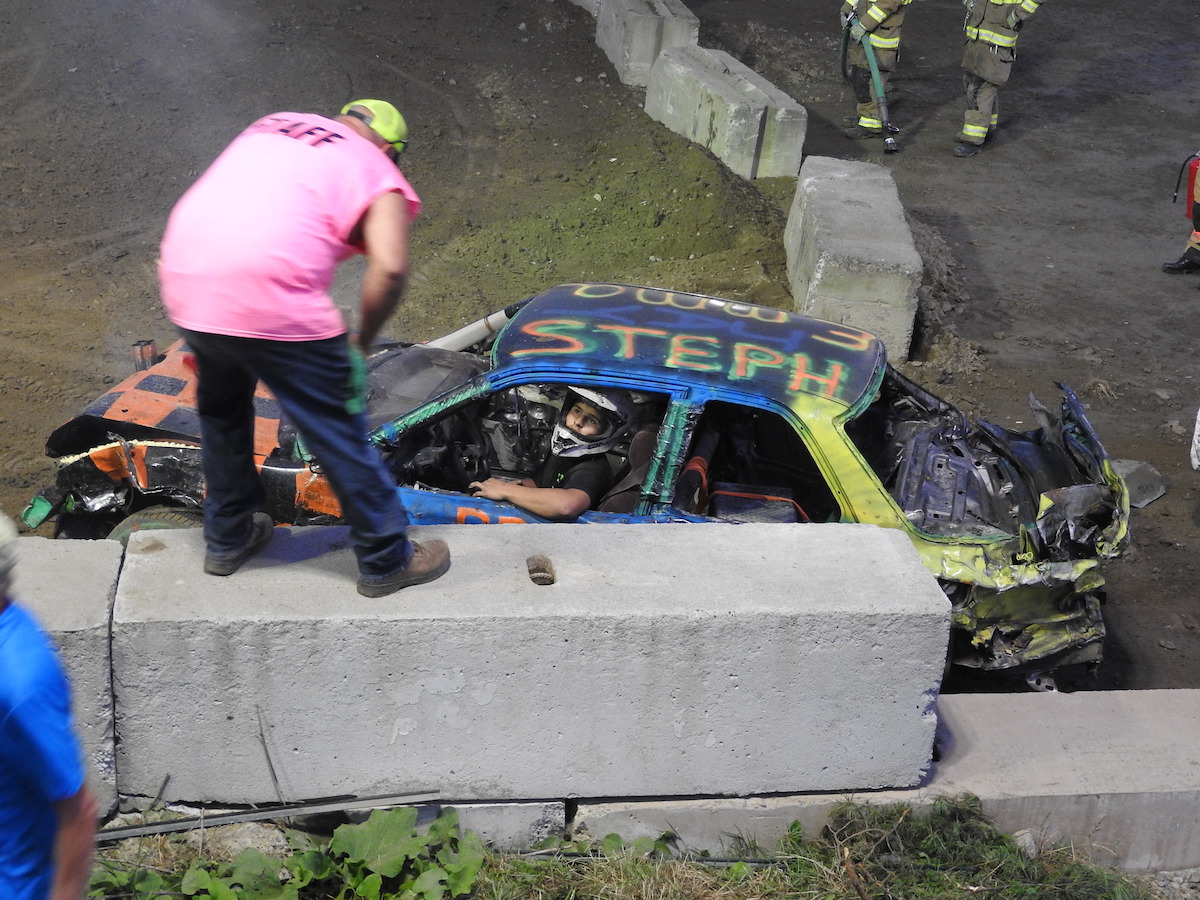 During the fair, tickets will be sold for $10 a piece for the V-8 car, with the winner given an opportunity to run the car in Friday night’s derby. The ticket will be pulled before the race. You can find tickets near the car, which will be on display during the fair, or you can find them at Mirabito on North Avenue in Owego.

In addition, according to Browne, 100% of the proceeds from that raffle will be donated to Kendyl, and the Tioga County Fair will be kicking in an additional $1,000 for the V-8 payouts in this special event.

“All of the raffle money will be going to the family,” said Browne, whose family was one of several that worked on and donated the car for the raffle.

Browne noted that Kendyl’s father would be in attendance that evening and her uncle, Brian White, would help flag on both derby nights. 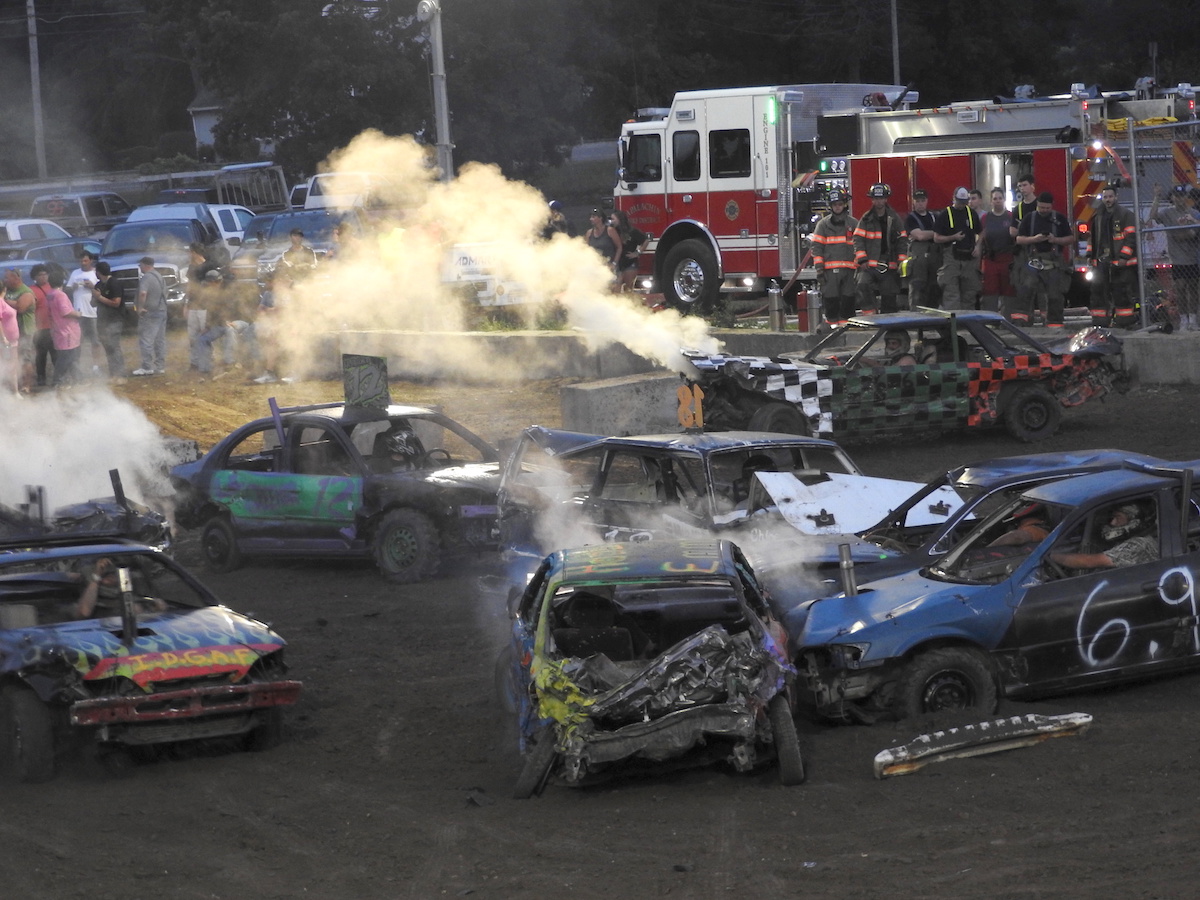 In fact, the Romig and Browne family have also donated 25 scooters and eight bikes that will be given away for free on Friday night, with winners announced before or during the demolition derby. Watch for volunteers at the fair who will be offering free tickets for a chance to win.

Browne himself will be busy on derby night, performing inspections on cars with safety and enforcing the rules being of utmost importance.

“In the stock class,” Browne explained, “they are basically cars without windows, and we check to make sure there is are no reinforced frames; and we check the cars for safety.”

For more information about the Tioga County Fair, visit www.tiogacofair.com/index.htm. Further questions about the derby can be directed to the organizer, Rob Browne, at (607) 201-3052.

Be the first to comment on "Updated: Demo Derby action and more at the Tioga County Fair!"