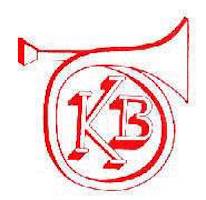 The Kirby Band of Nichols, N.Y., believed to be the second oldest community band in the United States, continues the tradition of performing every year since 1876. In August they will present their annual Monday night concert series at Kirby Park in Nichols, N.Y.

The performance dates are Aug. 1, 8 and 15, with each performance beginning at 7 p.m. and ending at approximately 8 p.m. The band performs many genres of music including Broadway, television and the Big Screen, along with specialty tunes and the always-loved marches of noted composers including John Phillip Sousa.

The band also participates in many parades throughout the Southern Tier of New York and Northern Tier of Pennsylvania, and is most active from May until November.

The band is comprised of individuals from all walks of life including retirees, working folks, and young student participants who help keep The Kirby Band active, year after year. The Kirby Band is currently under the direction of Amanda Smith, music educator and performer by profession.

The final performance of the concert series will be presented on Aug. 22 by their affiliate band, Ain‘t Misbehavin’, providing music of the Big Band era along with other popular numbers.

Bring your lawn chair and a picnic supper if you so choose and enjoy an evening of good enjoyable music.

For more information about the Kirby Band, visit www.kirbyband.com, or to schedule a performance contact Judy Moore, Business Manager, at (570) 867-1322.

The Kirby Band is supported, in part, with public funds from the Town of Nichols, N.Y. and the New York State Council on the Arts’ Decentralization Program, administered by The ARTS Council of the Southern Finger Lakes.