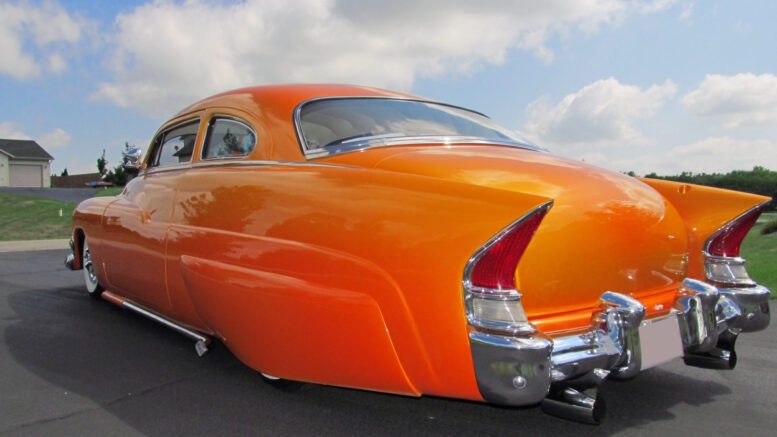 Q: Greg, I’m a senior citizen car nut, but thanks to the Internet and the many online speed centers, the speed shops that we did business with in our cities back in the 1960s have disappeared.

I’m working on a 1961 Ford and am rebuilding it. I’d like to get period correct add-ons, like a Sun Super Tach, Lake Pipes and Moon Discs. I’m not computer savvy by any means, and have to rely on my friend to help me. Are these “oldie but goodie parts” still around and where do you recommend I spend my money? Thanks, 66-year-old Melvin from Long Island, N.Y.

A: Melvin, no problem whatsoever.

You are very correct that the number of reputable speed shops have dwindled, however they have not disappeared. If you don’t have a speed shop close by, then you’ll have to rely on the Internet to get what you need. 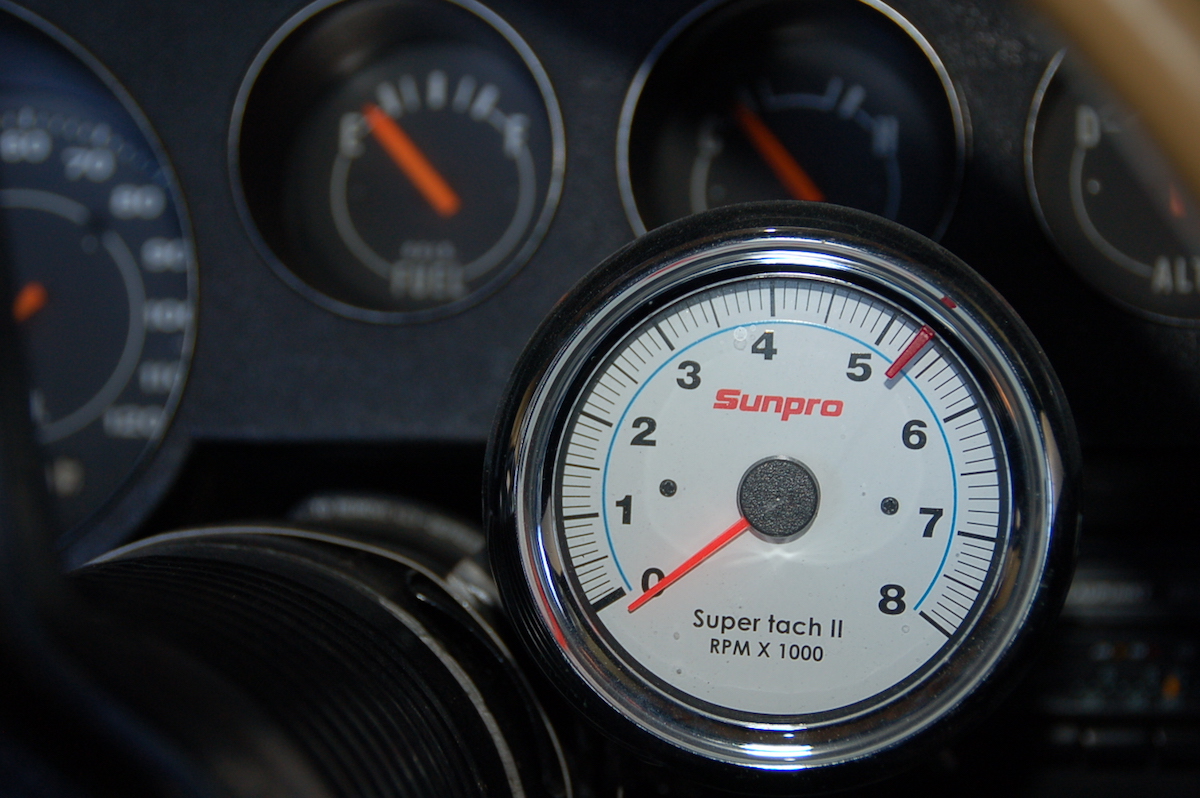 The author’s personal 1972 Challenger 440 R/T tribute has a retro Sun Super Tach that adds to the correctness of the car’s era. Sun is one of the legendary companies that cater to the collector, hot rod and muscle car enthusiast. (Greg Zyla Photo)

Before I recommend some of the online speed merchants, the original Sun Super Tach remains an icon among automotive enthusiasts to this day – just as Hot Rod Magazine led the way for enthusiasts beginning in 1948. As for your other notables, Moon Discs hubcaps and side mounted Lake Pipe exhausts, not surprisingly all are still available at the numerous outlets you and your friend can locate on your computer.

Personally, I have a retro Sun Super Tach on my 1972 Challenger, and it looks just like the Sun Tachometers I used back in the 1960s on all my cars. The history of Sun finds its ownership changing hands over the years, but many are still available to this day. For locating original 1960s style Sun Super Tachs, the online auction sites like eBay always have a pretty good supply of used Sun tachs for sale.

The original Sun Tach Company was founded back in 1935 in Crystal Lake, Illinois. It originally made industrial tachometers for Jeeps and tanks. As the performance marketplace emerged and grew throughout the 1950s and 1960s, Sun responded with products ideal for the new enthusiast and high performance market.

In fact, if you were cruising through any town USA on a Friday night during the 1960s, you were bound to find owners showing off their GTOs, GTXs, SS396s, R/Ts, Olds 442s and Mustang Cobra Jets equipped with Sun Super Tachs perched on the dash or around the steering column. These tachs were unique in design with a chrome ring and blue line highlighting the circular motif. Sun tachs became instant classics amongst hot rod and drag race enthusiasts, of which I was and still am one. By 1969, newer style Super Tachs were available on speed shop shelves from coast to coast.

As horsepower increased, Sun began to monitor shift points and introduced its pointer, which allowed drivers to pinpoint their max RPM line, or designate the point where they wanted to shift. This concept inspired the title of the 1965 racing film “Red Line 7000,” starring James Caan, and included Sun Super Tachs on vehicles used in the filming.

Here’s a 1949 Mercury with Lake Pipes, Baby Moon wheel covers and Shorty fender skirts. The ’49 Mercury became a favorite of hot rodders with its all new style and Flathead V8 under the hood. (Mecum Auctions)

As for those Lake pipes (which I always loved) and the Moon Discs, both are readily available. See www.mooneyesusa.com for lots of lake pipes and the popular full size and Baby Moon Discs, plus lots more of the 1950 and 1960 specialty items.

Mooneyes is noted for its “old school” items that number in the hundreds of different categories to choose from. From Clay Smith “Mr. Horsepower” items to “Rat Fink” or other “Mooneyes” novelties, it’s all there for your enjoyment. Notable is a special Mooneyes circular tachometer, built by Auto Meter and a notable tachometer choice if the Sunpro is not your top pick. (Gotta’ be fair here.)

Summit (summitracing.com), both of which can also fill your needs from “Baby Moons” to Cal Custom Lake Pipe side lock plugs. Jegs and Summit both sponsor top tier NHRA Pro Stock cars, and both are based in Ohio.

Also can’t forget my old friend Speedy Bill Smith, now departed, over at Speedway Motors in Lincoln, Nebraska (www.speedwaymotors.com). In addition to all the parts noted in this article, Speedway also specializes in hot rod kit cars, flathead V8 engines and even pedal cars. If readers are ever passing trough the Lincoln area, Speedway Motors should be a must stop as a museum of engines and pedal cars alone is worth the stop.

I’ve got to stop here, as there are indeed several more online hot rod and speed shops, but the ones mentioned above are the most popular. I recommend all of them, as over the years I’ve placed numerous orders at all of these historic speed businesses. 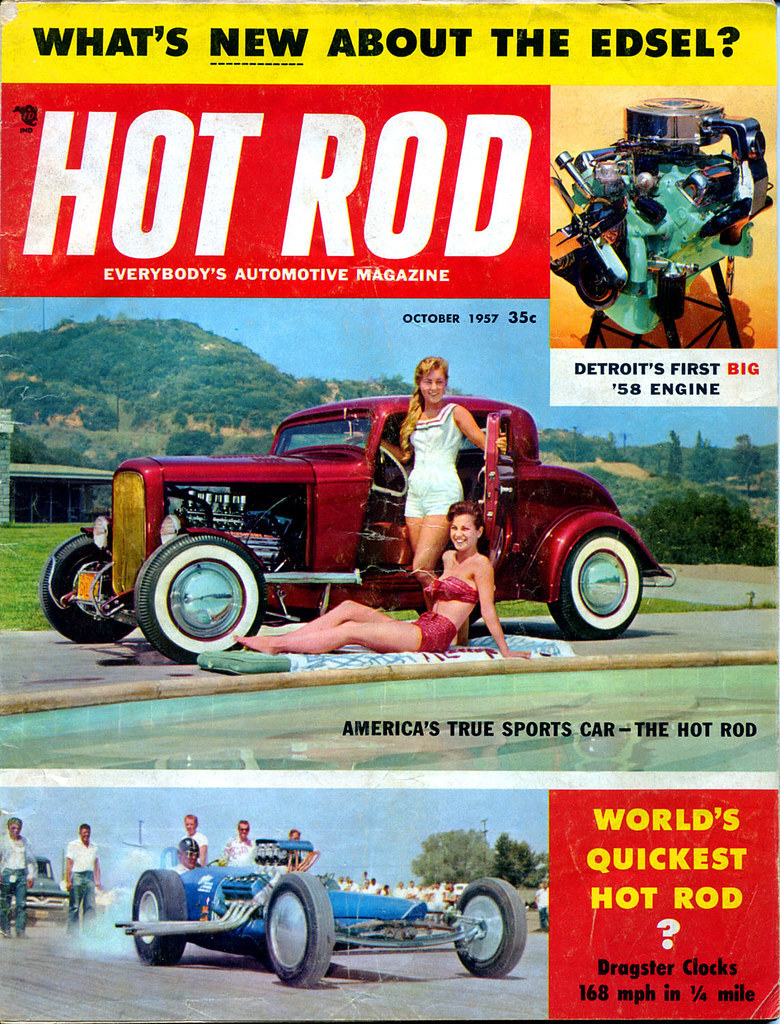 Back in 1957, Hot Rod magazine was already established as the most popular magazine for hot rodders and speed lovers in the USA. This issue shows a hot rod with Baby Moons up top and full Moon Disc hubcaps on the dragster at the bottom of the cover. (Hot Rod Magazine)

Thanks for your question Melvin, and keep up your great work on your 1961 Ford. In my opinion, the ’61 Ford was one of the best-looking cars that year.

Finally, check your area business map and/or Chamber of Commerce for help in finding a speed shop close to home. There’s nothing better than visiting a speed shop in person and receiving one-on-one, old fashioned, speed and hot rod advice from the shop owner. In my days I used two speed shops near my then hometown of Shamokin, Pa. One was Terra’s Speed Shop, in nearby Bloomsburg and the second was Len’s Automotive, in Shamokin. The great news is that both are still open (owners are Lou Terra and Len Slodysko) and both have constructed and then driven many a fast drag racing car. The Internet is nice, but the “real deal” speed shop near your home is my top recommendation.

(Greg Zyla is a syndicated auto columnist who welcomes reader questions on collector cars, auto nostalgia or motorsports at greg@gregzyla.com.)

Be the first to comment on "Cars We Remember/Collector Car Corner; Moon Discs, Lake Pipes, Sun Tachs and Speed Shops"