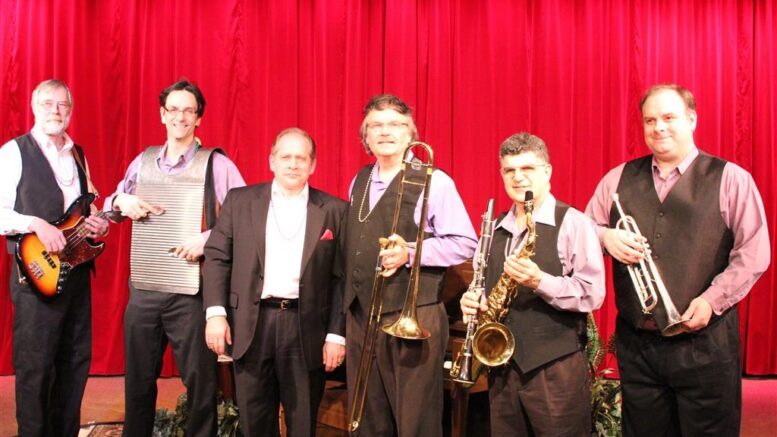 Pictured is the Basin Street Jazz Band. They will kick off the Arts Council’s Concerts in the Park Series on Wednesday. Provided photo.

On Wednesday, June 29 at 7:30 p.m., Basin Street Jazz Band will kick off the Concerts in the Park Series, hosted by the Tioga Arts Council and sponsored, in part, by the Town of Owego. The band will perform America’s original art form, Jazz.

Stay after the concert for fireworks at 9:30 p.m. All this will be held at the bandshell in Hickories Park. Be sure to bring a chair. In the event of inclement weather, concerts will move to the Owego Elks Lodge at 223 Front St. in Owego and the fireworks will be moved to the following week’s concert.