Pictured, from left, are Robert C. Bassett of the Charles H. Bassett Foundation and lifelong Owego, N.Y. resident Louise Woodburn. Both served as Co-Grand Marshal's of the 2019 Owego Strawberry Festival parade. Louise passed away on June 7; she is remembered for her exceptional volunteerism in the community. (File photo / JoAnn R. Walter)

Born and raised in Owego, Louise Nichols was a 1945 Owego graduate. Two momentous occasions from that time period included being selected as Prom Queen and named the “Cutest Girl” in her class.

She will be lovingly remembered as the matriarch of her family and was proud to be an ardent “Flat Rat” resident. As her obituary noted, Louise was, “Very community minded,” and where many in the area benefited from the thousands of hours she volunteered in her lifetime.

During a memorial service held on June 13, Louise’s brother, Gary Nichols, shared that his sister touched many lives, and remarked, “Louise may not remember everyone she ever met, but anyone who ever met Louise would remember her.” 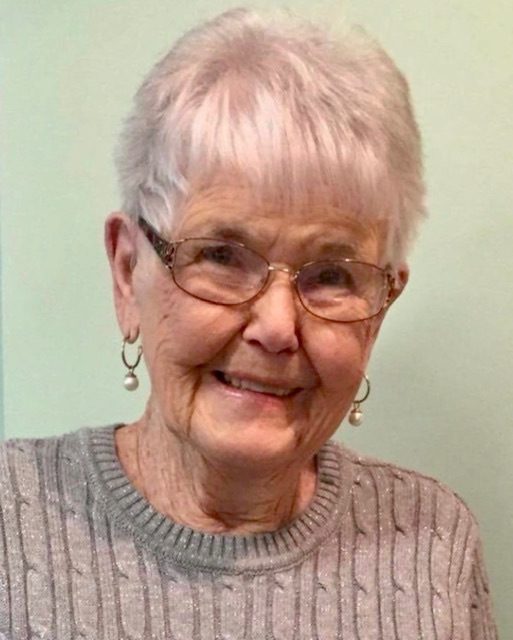 Pictured is long-time Owego, N.Y. resident, Louise Woodburn. Louise passed away on June 7 at the age of 94; she is remembered for her exceptional volunteerism in the community. You can read the full obituary and view the memorial service, as well as leave condolences at www.emfaheyfuneralhome.com. Provided photo.

Taking a step back, after high school Louise worked for the phone company as a switchboard operator, a dynamic job back in the early days of telephone history.

Her son David mentioned, “Mother was proud of this job because she was able to connect people with people.”

Louise’s special gift of connecting with people lasted throughout her lifetime. In September of 1950, Louise married Robert Woodburn. The couple purchased their Main Street home in 1955, and Louise remained there for 67 years until her passing.

Robert, an Owego Fire Department Life Member, V.F.W., Elks, Fair Board and Arts Council member, among others, was also a well-respected volunteer. Robert passed away in 2002.

Long-time residents of the area will remember Woodburn’s Grocery, a popular staple once located at 127 Spencer Ave. in Owego, at the corner of Fox Street.  Louise and Robert owned and operated the grocery for more than three decades until the doors closed in 1985. Running seven days a week while also raising five children, the neighborhood anchor opened in 1935 by Louise’s in-laws, and was one of several small groceries that dotted the Owego landscape. Woodburn’s Grocery was a gathering place for neighbors, as well as a go-to for people working nearby.

The Woodburn family bloomed as Louise’s children married and started their own families. A way for the Woodburn’s to stay connected was by meeting up at Louise’s house for “Weezy’s Breakfast” every Sunday morning. A tradition that lasted some 25 years, it wasn’t just family who took a turn at the table; Louise welcomed friends and neighbors, too.

Louise is also remembered as a receptionist at the former Dr. Christian Aumock’s dental practice in Owego. Her family shared that in the 17 years she worked there, she had a way about her that helped patients feel welcomed and comfortable.

Noteworthy, too, is honoring Louise’s extensive work in the community as a volunteer. Alongside Robert C. Bassett of the Charles H. Bassett Foundation, Louise was named a Co-Grand Marshal of the 2019 Owego Strawberry Festival Parade. In an article for the Owego Pennysaver that year, Louise had shared that she believed she had attended nearly all of the Strawberry Festivals since 1981.

Arts Council concertgoers might recall seeing Louise at the concerts in the park events, and where she greeted guests while selling 50/50 tickets. Louise was also a mainstay at the V.F.W. where she often called Bingo games.

In addition, Louise volunteered for Tioga Opportunities well into her eighties as a delivery person for the Meals on Wheels program.

In appreciation of her volunteerism, Woodburn received several awards. She was named a Paul Harris Fellow by the Rotary Foundation of Rotary International, and received the “President’s Call to Service Award.”

The President’s Award, established by President George W. Bush after Sept. 11, 2001, is a civic award that shines a light on volunteers who go above-and-beyond, and whose service positively impacts their communities. For Louise, she had contributed more than 4,000 hours of volunteer service.

Louise’s 2016 “President’s Lifetime Achievement Award,” and then signed by President Barack Obama, stated, in part, “For her lifelong commitment to building a stronger nation through volunteer service.”

A nephew of Louise’s shared, “This world would be a better place if there were more Louise’s.” Others added that they would remember the one-of-a-kind “Weezy hug,” along with her bright smile. Also mentioned was that Louise found joy and wonder in everything, and showed that “it’s the small things that matter.”

Tributes shared on the funeral home website include warmhearted comments like, “My life was enriched by Louise,” and, “She was a treasure to generations of people.”

You can read the full obituary and view the memorial service, as well as leave condolences at www.emfaheyfuneralhome.com.

Be the first to comment on "Remembering Louise Woodburn  "