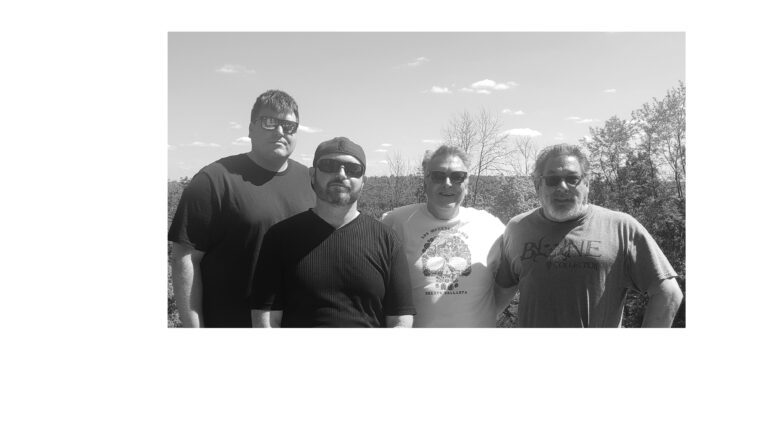 Pictured are members of the Minarets; from left are Ryan Marchewka, Josh Schecter, Keith Nichols, and Terry Morey. Provided photo.

Inspired by the music of Dave Matthews and Tim Reynolds, guitarist and vocalist Joshua Schecter will be making his debut at this year’s Strawberry Festival with his newly formed band, The Minarets. The performance will take place on Saturday, June 18, from 1 to 2:30 p.m. on the LM (Courthouse) stage.

Joshua has been playing guitar since he was old enough to put a guitar in his hands and has been a favorite at various events like last year’s Village Appreciation Night where he performed a set consisting of DMB songs, as well as other popular covers. Self-taught, Schecter has written original songs and performed acoustically around the area for years.

For Owego’s Strawberry Festival, Schecter formed a band for the Saturday performance, and they have been rehearsing ever since.

Joining Schecter is joined by Ryan Marchewka, formerly with The Spelunkers and Playin’ Possum; Keith Nichols, who has performed with Reverend Zip and the Disciples, The Mirror, Mule in the Corn, BangShangalang, Playin’Possum, and Triple Down; and Terry Morey, drummer that performed in the past with Tailor Made, The Beatles Band, Rare Breed, Boots On, and Haywire.

Their performance will include some popular DMB songs, like #41 and the DMB version of All Along the Watchtower, and other well-known covers. The level of musicianship and years of experience, combined on one stage on June 18 and during Owego’s Strawberry Jubilee, is sure to entertain. You won’t want to miss this show!