Hose Races will return to the Strawberry Festival on June 18, and will take place on North Avenue with Headquarters at Allstate Insurance Agency. This photo is from the New York Firefighters Convention, held in Owego in 2021. (File Photo / Wendy Post)

Back in true fashion, the Owego Hose Teams, Inc. will be hosting a Firematic Hose Race on a portion of North Avenue during Owego’s Strawberry Festival, and on Saturday, June 18 from 12:30 to 1 p.m. for youth hose racing and from 1 to 4 p.m. for the regular Hose Races, which includes Ladder, Wye, and Straight Lay Races.

The Allstate parking lot on North Avenue will serve as Hose Team HQs, and awards will take place from 4 to 5 p.m. 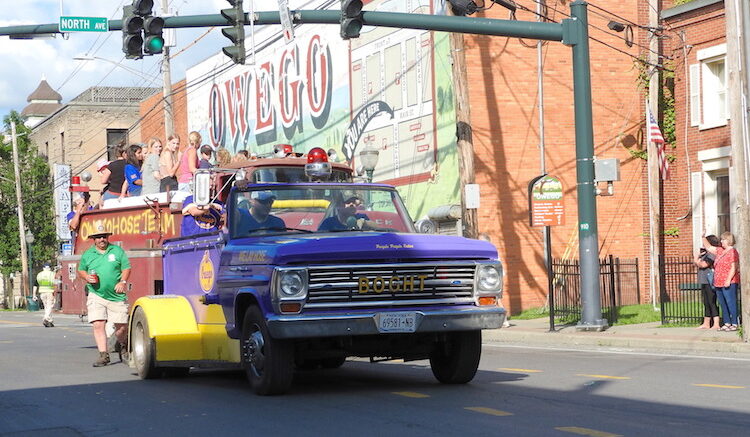 The Hose Teams, Inc. were inspired to aptly name the after party after their beloved Purple People Eater, pictured in the 2021 Convention parade. (File Photo / Wendy Post)

The party doesn’t end there, however, for the local hose racers as they invite the community down to a “Purple People Eater Takeover” of the Rainbow Trail, located at the corner of Fox and North in Owego from 5 to 9 p.m., and with music by Major Bigtime. There will also be celebrity guest bartenders.

As for entertainment, “Major Bigtime” is what you get when you unite five guys that have each been a part of the regional music scene for the last 30-plus years. They are a classic rock band with an emphasis on fun. Their stage energy alone will get your attention, but their sound will hook you. 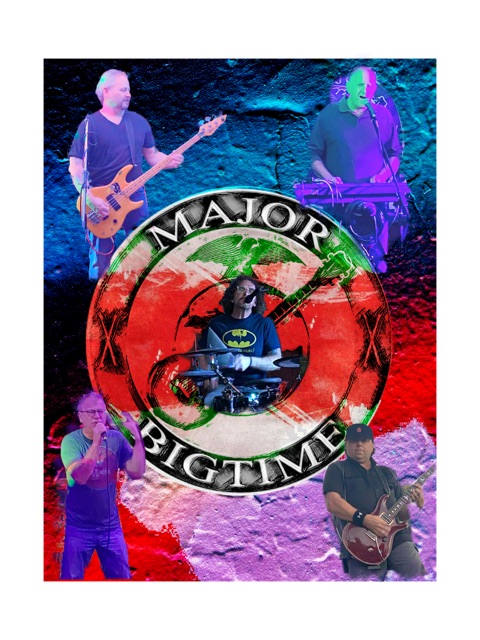 “Major Bigtime” will perform for the Owego Hose Team’s after party at the Rainbow on June 18 from 5 to 9 p.m.

With a lean toward arena rock and a big sound, they cover material from four decades to include Styx, Sammy Hagar, Tom Petty, Kansas, and many more! You never know what you might hear on any given night, but you will for sure have a “Major Bigtime” that you won’t soon forget!

Join the fun and the action during this year’s festival on June 17-18 in downtown Owego. North Avenue will be open on Saturday only. You can learn more about the festival at www.owego.org and by clicking on the strawberry.

You can find out more about the Owego Hose Teams, Inc. at www.owegohoseteams.com.

Be the first to comment on "Hose Races taking place on Saturday on a portion of North Avenue; After Party to feature ‘Major Bigtime’"