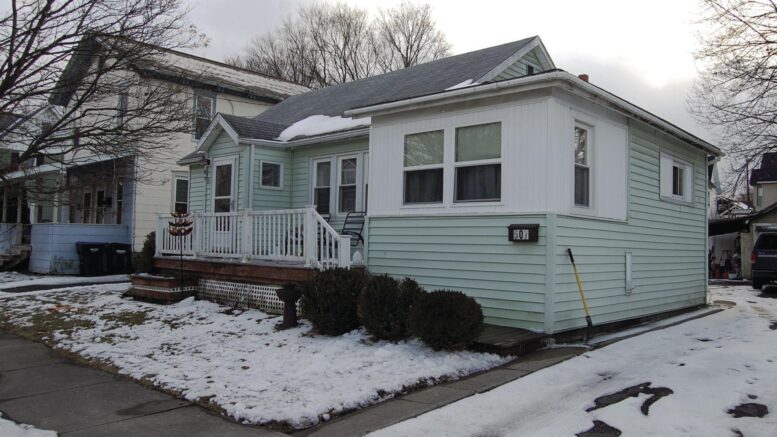 Pictured is the home at 507 Fulton St. in the Village of Waverly. Photo credit: Erik Berggren, The Daily and Sunday Review.

Devan G. Henson, age 30 of Waverly, N.Y., was arrested last Sunday, Feb. 27, for murder in the second degree. According to the Waverly Police Department, Christopher P. Henson, 35, was killed Saturday morning at his Fulton Street home after his wife, Devan, allegedly struck him in the head and neck area multiple times with a knife.

According to reports in The Morning Times in Sayre, the Waverly man who was murdered at his home over the weekend was a registered sex offender, and had been arrested in August for similar crimes.

According to a records search of the Division of Criminal Justice Services, and according to The Morning Times report, Christopher Henson was convicted in 2008 of first-degree sexual abuse, a felony, against a girl under the age of 11 years old, which stemmed from an incident that took place in 2003. He was sentenced at that time to six months in jail and 10 years probation.

On Sept. 3, 2021, the Morning Times reported that the Waverly Police Department arrested Christopher Henson again on Aug. 26 for the same offense after he allegedly abused a nine-year-old girl on two separate occasions in April and May of last year.

Devan Henson was sent to New York CAP Court in Owego for arraignment and to await further legal action. The investigation is ongoing and being performed by the Waverly Police Department, New York State Police Major Crimes Unit, and the Tioga County District Attorney.

The Greater Valley EMS and the Sayre and Waverly – Barton Fire Departments assisted police at the scene.