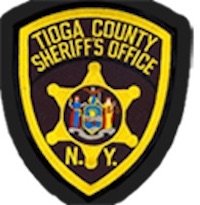 Vandalism: On May 31, 2021, the Tioga County Sheriff’s Office responded to a report of vandalism taking place at 251 State Route 17C, Charm Pools, in Waverly, N.Y. A short time later, the Tioga County 911 Center took a second call from a person who reported that the same suspect had attacked them and that their cell phone had been forcibly stolen. The second caller was able to identify the suspect.

Once patrols were made aware of the ongoing incident, members of Waverly Police Department assisted the Sheriff’s Office and were able to locate the suspect on Ellistown Road in Waverly and he was taken into custody without incident.

Members of the Tioga County Sheriff’s Office Criminal Investigation Division conducted an investigation and it was found that two of Charm Pool’s buildings were unlawfully entered, property was stolen from within, and several assets to the business were intentionally damaged.

Gano was arraigned on June 1, 2021 in Tioga County CAP Court in front of Justice Dave Boland and was released on his recognizance. Gano is scheduled to appear in the Town of Barton Court on June 14, 2021 at 4 p.m. in front of Justice Mike Myers for further proceedings.

Fatal Accident: On May 27, 2021, at approximately 12:19 a.m. on State Route 17C in the Town of Tioga, the Tioga County Sheriff’s Office responded to a serious personal injury motor vehicle accident.

Upon arrival on the scene it was determined that the operator was ejected from the vehicle. Deputies started Lifesaving measures on scene, as well as members of the public.

The Operator of the vehicle, identified as Jason D. Sherman, age 21 of Barton, N.Y., was transported via Tioga Center ambulance to Robert Packer Hospital in Sayre, Pa., where he passed away a short time later.

Assault and Strangulation: During the early morning hours on May 26, 2021, the Tioga County Sheriff’s Office responded to a report of a suspicious person on North Avenue in the Village of Owego. It was alleged that a male subject was attempting to break into a car and was in possession of a metal pole.

The two ended up on the ground where the Sergeant sustained an injury to his head. The male suspect then grabbed a hold of the Sergeant and strangled him while he was unconscious on the ground. A two-person New York State Police unit arrived on scene and was able to place the suspect into custody after deploying a Taser.

Kelly Jr. was arraigned on May 26, 2021 in Tioga County CAP Court in front of Justice Dawn Olsen and was remanded to the Tioga County Jail on no bail. Further court dates are pending.

The Sergeant was treated at Wilson Memorial Hospital in Johnson City and released later that day.

Be the first to comment on "Tioga County Sheriff’s Report"