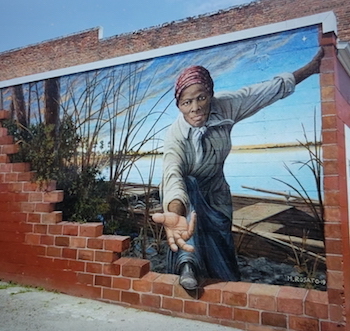 A large mural of Harriet Tubman shows her leading people to freedom. The mural is located in Cambridge, Maryland. (Photo by C. R. Wagner)

Our country’s founding fathers were patriots who believed strongly in freedom.  We all know of some of the famous men involved in the early days of our country – George Washington, Paul Revere, Thomas Jefferson, Ben Franklin, Abe Lincoln, and many others. 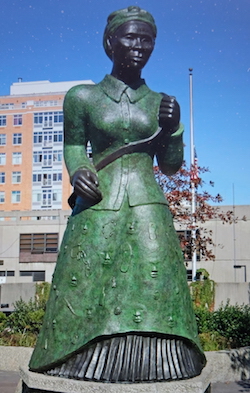 But what about the women who contributed to freedom for all Americans? There were three women in particular who were involved in the fight for freedom. Two of those women stood up for what they believed in 1955; the third lived in the previous century and while born into slavery, helped over 300 slaves escape to their freedom.

Harriet Tubman, born Araminta “Minty” Ross, escaped from her enslavement in 1849 and managed to run away from Maryland to Philadelphia. After that, she returned to Maryland to help family and friends. She made 19 trips from Maryland across the Mason Dixon Line into Pennsylvania and further north into Upstate New York and Canada, between 1850 and 1860. Her bravery on these journeys earned her the nickname “Moses” because of her leadership.

Abolitionists in the North admired Tubman. She became a trusted friend and advisor to many because of her bravery and resourcefulness as “conductor” on the “Underground Railroad.” Since she was so deeply admired, she played an important role in the Union Army as a scout, a spy, a nurse and confidante of generals.

Even before the Civil War, Tubman fought for the rights of women, minorities, disabled, and the elderly. She eventually settled in New York State, where she opened a nursing home for African Americans on her property. She continued to work for women’s rights until she passed away on March 10, 1913. 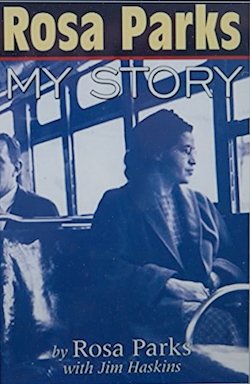 On March 2, 1955, a young black woman refused to give up her seat to a white person on a public bus in Montgomery, Alabama. After she was removed from the bus and arrested, it sparked legal action that led to the end of Alabama’s segregated bus laws and had a great affect on the widespread civil rights movement.

Most people think I am writing about Rosa Parks on that bus in Montgomery. But it was 15-year-old Claudette Colvin on her way home from school who stuck to her Constitutional rights that day.

Raised by her great-aunt and uncle, Colvin was well aware of the racial divisions at that time. At an early age she had been looking to find ways to fight racial injustice. She was angered by the case of Jeremiah Reeves who, in 1952, had been indicted and later executed for allegedly raping a white woman. Colvin joined the National Association of Advancement of Colored People (NAACP) Youth Council and refused to straighten her hair. Instead she flaunted her natural tight curls in defiance of having to become more “white.” 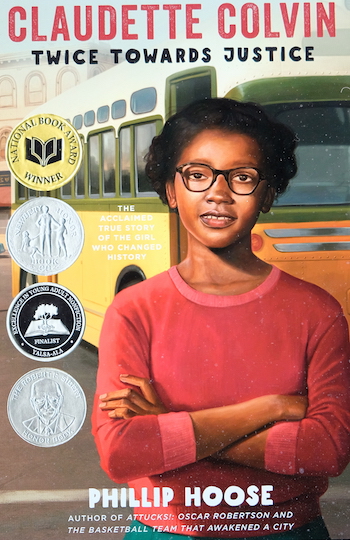 After Colvin was arrested and jailed for the incident on the bus, local Black leaders helped her secure the legal representation she needed. Her action was exactly what they were looking for to serve to rally for what they thought would be a turbulent movement. But after much debate, the NAACP realized that Colvin was too young.

About nine months later, at the age of 42, Rosa Parks followed suit, refusing to give up her seat to a white man. Parks was the “right” one that the NAACP needed to start the bus boycott led by a young pastor of the Dexter Avenue Baptist Church, Martin Luther King, Jr.

Harriet Tubman’s courageous work on the Underground Railroad paved the way for the bravery exhibited by Claudette Colvin and Rosa Parks who stood fast to maintain their Constitutional rights.

Three women, who didn’t know each other, but whose lives followed a similar thread in the fight for freedom.

(C. R. Wagner is a freelance writer for our sister paper in Troy, Pennsylvania, and is also a published author and retired educator. She resides in Pennsylvania.)

Be the first to comment on "Women of freedom"