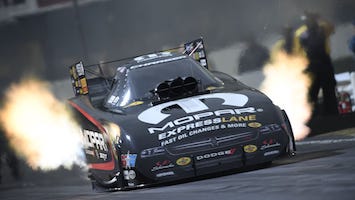 The NHRA Camping World Series has a 21-race schedule for its touring professional series that begins the weekend of March 11 to 14 at Gainesville, Fla. Matt Hagan hopes to defend his nitro Funny Car Championship in 2021 in his Don Schumacher Racing MOPAR Dodge Charger Funny Car. (Schumacher Racing Photo/NHRA)

Q: Greg I enjoy all of your columns about collector cars, but could you again give us your opinion on the state of motorsports, especially the pro ranks in drag racing, IndyCar and NASCAR? Can it survive another year of the Covid? I know NHRA had a rough year and had to cut it purses. Can you give us where you think professional motorsports is right now? Gary M., Cape Cod, Mass.

A: Gary, I’ put off answering your November 2020 question until now because I wanted to wait for the beginning of 2021. We’ve already enjoyed watching the IMSA Weather Tech Rolex 24 at Daytona with a huge field of cars and the best TV ratings ever on NBC and NBCSN. It was an awesome race and a good sign of things to come.

Up front, I want to congratulate NASCAR, IndyCar, and NHRA for delivering the races they did in 2020 under the most difficult of times. I also want to emphasize this is a difficult column to write and make sure everyone knows these are my personal opinions and observations. I’ve been involved in motorsports for decades in many different roles after becoming 100-percent “in” after seeing my very first race in person back in 1958. 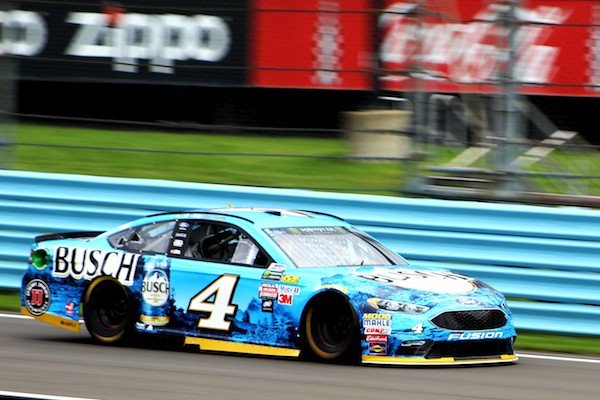 NASCAR kicks off a 36-race schedule for the Cup series this weekend with the Daytona 500 set for Feb. 14. Off all the American racing series, NASCAR is better positioned to present its season thanks to very good TV ratings. Pictured is Kevin Harvick during action at Watkins Glen in New York. (Dave Mareck Photo)

The biggest negative that affects all major league sports, regardless of sanctioning body or sport enterprise, has been little or no fans in the stands. The 2020 Indy 500 ran with no fans thanks to Roger Penske’s grit and determination. As the new owner of both the Speedway and the IndyCar division, Penske’s outstanding effort to run this race at what had to be a major loss to his bank account is again noteworthy.

The pandemic is not going to stop overnight, but thanks to vaccines being administered and the easing of complete business lockdowns, things will hopefully improve for sport events.

So, let’s start with the NHRA, currently scheduled for 21 races this year. It’s clear the NHRA and its drivers were hit the worst last year when it came to their national touring series due to Covid spectator restrictions and subsequent cancellations. Only 12 races were run last year and having already cancelled this year’s Arizona Nationals, the NHRA needs a big infusion of good luck this year. The good news is that Camping World is NHRA’s new series sponsor after losing Mello Yellow/Coke mid-year in 2020.

As for the NHRA nitro cars, anyone who has ever seen this show in person knows there is nothing like it in motorsports and nitro racing will always be NHRA’s bread and butter. With no fans in the stands, purses in 2020 dropped to numbers that unless you had a major sponsor funding your team, you couldn’t afford to compete. Yes, it was that bad.

Yet on the positive side, the NHRA was again packing the stands in 2019, proving its professional series of racing in Top Fuel, Funny Car, Pro Stock, Pro Modified and Pro Stock Bike were all very popular with race fans everywhere. Another big need is more sponsors for individual teams to assure full fields.

NASCAR, meanwhile, experienced what NHRA and IndyCar didn’t when it comes to a successful season, and that’s thanks to television ratings. Even with few or no fans in the stands, NASCAR stepped up and presented its 36-race season in awesome fashion, running multiple races each week to catch up and present a complete season. I applaud the management of NASCAR as we all settle in now for the official opening races Feb. 12 to 14 weekend. Many anticipate another full-year of 36-races of NASCAR excitement and Nielsen Television ratings that will probably be better than ever.

IndyCar is still a major puzzle to this scribe, because when it comes to exciting racing it delivers some of the very best. Back in the 1960s and 1970s, IndyCar was far ahead of NASCAR in popularity as the number one auto racing division in America. As we moved into the 1990s, corporate involvement was at all-time highs and Fortune 500 companies were everywhere in both NASCAR and IndyCar.

Then in May of 1996 while under CART sanctioning, along came the big IndyCar split that would last 12 years. Disgruntled car owners and drivers leaned on Indy 500 Speedway President and CEO Tony George to form a new Indy Racing League (IRL), with more common rules, less expensive engines and participation in the Indy 500 a guarantee to full time IRL teams. To make a long story short, this IRL and CART split resulted in both leagues losing its luster. Fans and sponsors were upset; television ratings dropped and fields of cars dwindled.

By the end of the 1990s, NASCAR surpassed IndyCar in all business categories, sans only the Indy 500. NASCAR also got its own race at Indy, The Brickyard 400, and the rise of NASCAR continued while the reverse was true for IndyCar. To this day and even with the merger of IRL and CART in 2008, the struggle to attract fans and sponsors continues.

Back to the present, a 17-race schedule for the 2021 NTT IndyCar Series includes expanded network TV coverage and hopefully more fans in the stands. I’m hoping IndyCar can return even just a bit to its former illustrious past as the Roger Penske directed series is already showing signs of increased team participation and fan interest.

Television numbers aside, until fans are back in the stands it will still be a difficult time for professional sports, regardless of discipline. NASCAR, meanwhile, is different and more akin to NFL comparison. Its television monies are substantial, and like NFL, can weather the COVID-19 storm better than others.

Thanks for your question Gary.

(Greg Zyla is a syndicated auto columnist. He welcomes reader comments and questions on collector cars, motorsports and auto nostalgia at greg@gregzyla.com or at 303 Roosevelt St., Sayre, Pa. 18840.)