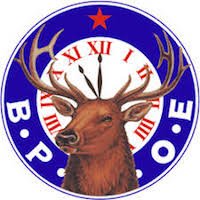 The Benevolent and Protective Order of Elks, Owego 1039, have launched a fundraiser to make much-needed repairs to their historic building, located at 223 Front St. in the Village of Owego, N.Y.

Like many nonprofit organizations in the region, the Owego Elks Lodge experienced catastrophic flooding in both 2006 and 2011, which caused extensive damage to the kitchen and bar areas in the basement. With no flood insurance or FEMA funding, the Owego Elks were forced to use funds to relocate the kitchen and bar, and reducing the size of both in order to accommodate these spaces on the first floor.

Unfortunately, this move led to a decrease in membership and a decrease in revenue. With a primary focus on supporting the community and stabilizing the building, funds intended to make major roof repairs were re-allocated. Further deterioration of the roof has resulted in extensive damage that now threatens the entire second floor of the building; a complete replacement is necessary.

First built in the 1830s and listed on the National Register of Historic Places, the Elks Lodge is a significant building in the Village of Owego. For nearly 200 years, this building has been opened to the community for gatherings and events, including visits by many dignitaries.

The Owego Elks Lodge also has connections to historical figures such as President Theodore Roosevelt, President Franklin D. Roosevelt and Frederick C. Hewitt, who provided funds to build the Coburn Free Library and donated $1.5 million dollars to the Metropolitan Museum of Art upon his death in 1908.

In addition to providing space and assistance to community organizations such as the Tioga United Way and Tioga County Rural Ministry, the Lodge financially supports many youth organizations including the Tioga County Boys and Girls Club, the Boy Scouts and Girl Scouts, Special Olympics, and camps for disabled youth.

Annual scholarships are provided to students throughout Tioga County and local Veterans’ organizations also receive support and funding. Since chartered in 1906, it has been estimated that the Owego Elks have donated over $5.4 million dollars back to the local community.

Repair of the roof is a critical next step in securing the future and long-term sustainability of the Owego Elks Lodge. According to Abbey Hendrickson, community development specialist for Tioga County Economic Development and Planning, “The Owego Elks have a long, impressive history of philanthropic giving in Tioga County. Our TEAM has provided technical assistance to the Elks, helping to map out a sustainability plan, which includes seeking grant funding and contributions from private donors. The goal is not only to make repairs to this historic building, but also to ensure the continued stability of the Elks’ charitable giving. Beyond financial assistance, the space, volunteers, and resources that the Owego Elks share with the community have a significant impact on the economic prosperity of the County as a whole.”

“We’re proud of the work that the Owego Elks do in the community and want to keep supporting the community. This project will stabilize the building and allow us to keep planning for the future. Hundreds of people come through this building every year; a new roof will help us keep the building safe and open,” says Steven Gregory, B.P.O. Elks Owego, exalted ruler.

An online fundraising campaign has been launched on GoFundMe.com. Repair estimates are between $250,000 and $300,000. Donations may be made online at https://charity.gofundme.com/o/en/campaign/owego-elks-lodge-1039-roof-fund or mailed to the Owego Elks 1039, P.O. Box 6, Owego, New York 13827. The Benevolent and Protective Order of Elks Owego is a tax-exempt 501(c)(8) not-for-profit fraternal organization.