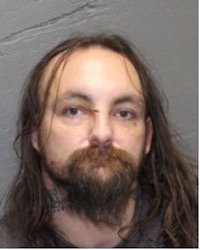 Attempted Murder: On Dec. 21, 2020 the Village of Owego Police Department responded to a reported Domestic Incident. During the investigation it was determined that Thomas E. Brady III, 35, of Owego, N.Y. attempted to drown the victim, according to police.

Brady was arrested for Attempted Murder in the Second Degree, a Violent B Felony.  Brady was processed and arraigned in Tioga County CAP Court. 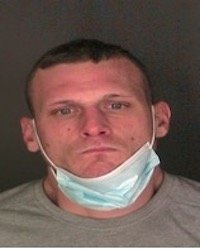 Pictured, is Michael A. Rose, 32, of Willseyville, N.Y. Police photo.

Criminal Possession of Stolen Property: On Dec. 21, 2020, officers with the Village of Owego Police Department initiated a traffic stop of a motorcycle for insufficient headlamps. During a traffic stop investigation, it was determined that the Motorcycle had been reported stolen from the City of Binghamton.

The operator was identified as Michael A. Rose, 32, of Willseyville, N.Y. Rose was arrested for Criminal Possession of Stolen Property, a class D Felony, Unauthorized use of a motor vehicle, a class A Misdemeanor, and Aggravated Unlicensed Operation in the Third Degree, a Misdemeanor.

Rose was arraigned at the Tioga County Jail CAP Court and was released to appear in Village of Owego Court at a later date.