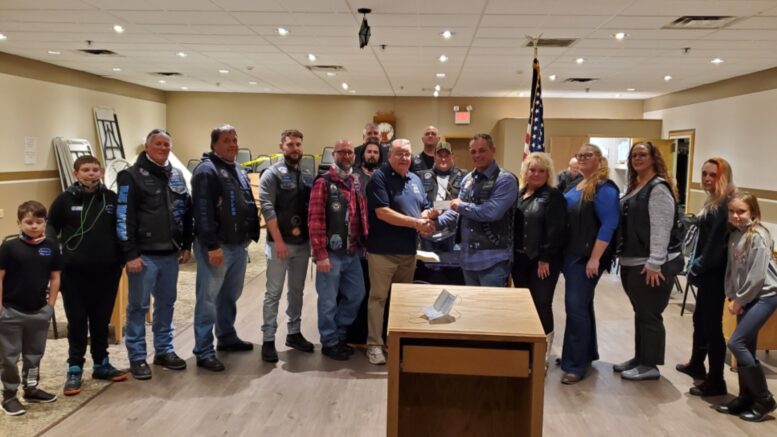 The Vestal Elks’ Veterans Committee recently received a $500 donation from the Blue Brothers Law Enforcement Motorcycle Club (LEMC). Every year, the Blue Brothers LEMC selects a recipient to receive the proceeds from their annual ride, held the first Saturday in June.

The group selects an organization that demonstrates superior support to our 1st responders, to include police, firefighters, military members, and EMS.

This year the ride had to be cancelled due to COVID. The LEMC decided that despite the cancellation, they’d uphold their annual tradition to make a contribution. They chose the Vestal Elks Veterans Committee for their work in supporting our military personnel serving overseas.