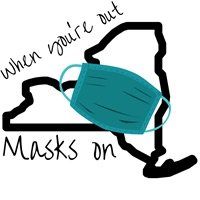 While Tioga County struggles with its own surge in numbers, Governor Andrew Cuomo is working to keep things under control, statewide, and to keep the positivity rate low. To enable control, the governor’s office has established a Cluster Action Initiative that identifies zones where a spike in cases is identified. This was seen in Broome County, where the percentage of positive tests was recently on the rise.

To assist, the governor announced last week that COVID-19 rapid result testing would be made available to every county in New York State.

In a release, the governor’s office wrote, “The New York State Department of Health will deploy an initial 400,000 rapid result test kits free of charge to local health departments, hospitals, pharmacies, and other health care providers to help increase access in all corners of New York State to free COVID-19 tests that can be done within 15 minutes and without having to send a specimen to a lab.” The rapid tests, according to the governor, can be used to control new outbreaks, conduct surveillance testing, and will also be made available on a as needed basis to help schools in ‘yellow zones’ test students and staff as part of new requirements to monitor COVID-19 spread.

This announcement was made on Wednesday, and as the state reported 146 new hospitalizations in one single day, seven deaths across the state, and a test positivity rate in New York State hovering at 1.0 %. In the “red zones” the positivity test rates are much higher, with one particular county, Orange County, reaching 24.64 % at the beginning of the month; signaling an alert for further action.

In other state actions, Ohio, Michigan and Virginia met the metrics last week to qualify for New York’s Travel Advisory, which requires individuals who have traveled from these areas to quarantine for 14 days.

Be the first to comment on "New York State COVID Brief"