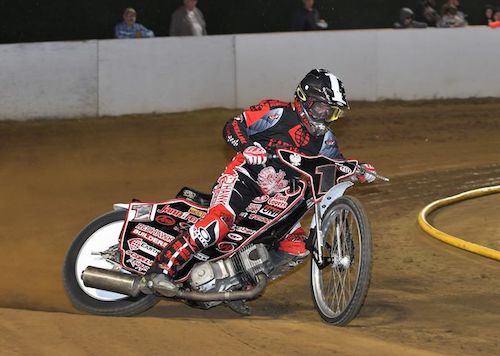 The biggest Speedway Motorcycle Race of 2020 in the Country, The Outlaw U.S. National Championships, are set to be held at Champion Speedway in Owego, N.Y. on Oct. 10 and 11, and will feature some of best racers American Speedway has to offer, including the defending and current ten-time AMA National Champion, Billy Janniro. Janniro has also won the past two U.S. Open Championships.

This year’s Championship series will include two nights of racing. Saturday evening, Oct. 10, the gates will open at 3 p.m. and racing will take place at 5 p.m. Immediately following the races, the band 5 Degrees North, formerly The Live Animals, will take the stage, which will be included in the admission.

For round two, the Championship Finals on Oct. 11, gates will open at noon with races blasting off at 2 p.m. Local fans will have a lot to cheer about and the guest stars will have their hands full as the track promotion has a strong program of local riders at the moment. 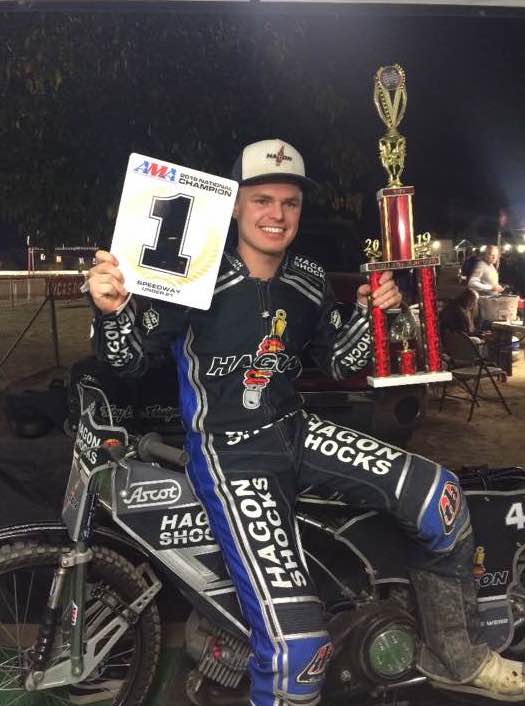 The top local favorites to win the Championship have to be Spencer Portararo of Maine, who won this summer’s Points Championship; Endicott’s Adam Mittl, who is a 5-time track champion; Len McBride of Windsor, who has four track titles; and Mikey Buman of Binghamton, a former track champion. Portararo, Mittl, McBride, and Buman all have feature wins this season.

Dave Oakden of Rochester is also near the top of the Points along with Jesse Diem of Johnson City and Dave Clark of Berkshire, and will all be tough customers.

With no other tracks running regular programs this season on the West Coast, and no Sanctioned National scheduled, this will, in the eyes of many, serve as the National Championship in the sport this season and be the first time in history for there not to be a National in California.

Speedway motorcycles have absolutely no brakes, go from 0 to 60 mph in three seconds, and slide totally sideways through the turns. They run on methanol and the sport attracts crowds of 20,000-plus for weekly meetings in Europe. There are only several pockets of speedway in the U.S. and New York is recognized as one of the best, second only to California.

Champion Speedway is at the end of Route 434 on Old Narrows Road. You can Google 227 Old Narrows Rd., Nichols, N.Y. 13812 for driving directions. Support Class racing, Juniors and Trikes, will be included both nights.

Be the first to comment on "U.S. National Speedway Championships come to Champion Speedway October 10 and 11"