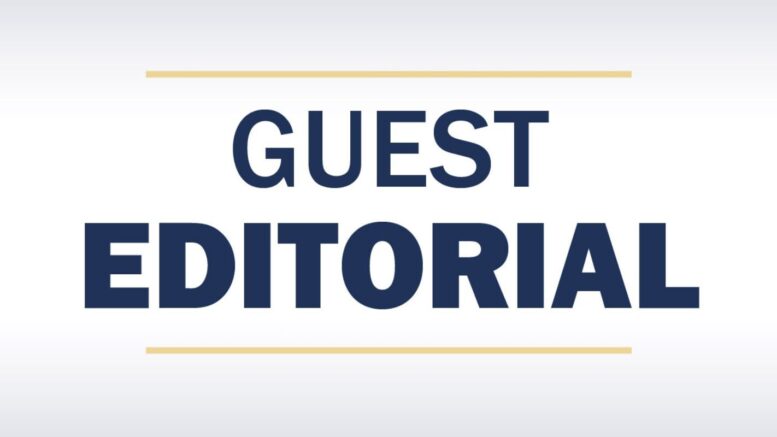 As written the proposed law is flawed, unenforceable, and costly. It will have consequences (intended or otherwise) that are undesirable. There is a better alternative, which is to form a municipal (i.e. county wide) special district for solid waste management, which is funded by a benefit assessment tax (as opposed to an ad valorem property assessment tax).

Definition of Solid Waste: Proposed local law Section 4.A references “Title 6 Part 360 of the New York Codes, Rules and Regulations, Solid Waste Management Facilities, as amended” for definition of terms. Section 4.B contains a definition of “Solid Waste” which is inconsistent with 6 CRR-NY 360. Moreover, “Waste” (as opposed to “Solid Waste”) is used in the local law. The definition of “Waste” would therefore default to the definition in 6 CRR-NY 360.2(a)(1) which states:
Solid waste or waste means, except as described in paragraph (3) of this subdivision, discarded materials including solid, liquid, semi-solid, or contained gaseous material, resulting from industrial, municipal, commercial, institutional, mining or agricultural operations or from residential activities including materials that are recycled or that may have value.

Note that recyclable materials are specifically included, not excluded, in this 6 CRR-NY 360 definition.

In addition to the ambiguity in definition of Solid Waste, tt is unclear as to the difference between “Waste Generator” and “Generator”, which is defined in 6 CRR-NY 360.2(b)(122). In Section 6.A it is unclear who keeps records. Document alphanumeric references break down for “Multifamily buildings and complexes”, “Residential / commercial (institutional) and industrial waste and recyclables”, and “Penalties for Waste Haulers”.

This proposed local law mandates actions and monetary expense on persons (and perhaps entities) who are not capable of compliance. The validity of such law is suspect.

Consider the indigent, a poor or destitute person, of which there are many in Tioga County. An indigent person cannot afford a Waste Hauler and cannot afford personal transportation of recyclables. Recyclables are usually more than half of the household solid waste stream. Because recyclables are part of the household waste stream, they will be disposed with the rest. The recyclables (and other trash) will either be burned or dumped. In either case, the environmental consequence is the antithesis of recycling purpose. Is Tioga County prepared to increase its subsidies to the poor to include increased Waste Hauler fees?

The proposed local law does not consider the distinction of a owner occupied multifamily building (two families) from a larger apartment building. It imposes an unnecessary requirement for a “recycling drop off”.

Removing curbside recycling fees from the Tioga County budget does not remove the cost to the taxpayer. On the contrary, because the average taxpayer does not have the bargaining power of the County, it is likely that the sum of costs of recycling to the taxpayer will be higher than the taxes paid for the same service.

While the cost of recycling under the proposed law for householders would be difficult (but not impossible) to estimate, it is easy to see that it would be higher than the estimated County run program at $114 per year per household. Taylor’s costs will be passed on Waste Haulers who will take a profit and pass the cost on to households. The more hands that costs pass through, the higher the price to the consumer.

The proposed local law is driven by an increase in the price of contracted service for the curbside pickup and disposal of recyclables. Until now the contracted services have been paid from the General Fund and Recycle Fund, which are funded by ad velorem real estate taxes. It is presumed that the County legislature is averse to increasing real estate taxes, and thus wishes to shift the cost the users. Overall the proposed local law would cost the residents of the County more than what the County could pay for the service. There is an alternative that shifts the cost of recycling to the users of the service, but maintains the bargaining power of the County’s large volume.

That alternative is in New York State municipal law that permits the creation of a special district for specific services. Such districts may be funded by a “benefit assessment tax” instead of an ad valorem tax. For example, a benefit assessment might by in “units”, with a number of units assigned based on a dwelling’s or business’s characteristics.

Another alternative is in County Law, CNT § 250, which permits: The board of supervisors of each county may establish, consolidate, or extend county water, water quality treatment, sewer, wastewater disposal, drainage or refuse districts (hereinafter referred to in this article as the “district”) in the manner hereinafter provided: For the purpose of the collection and disposition of garbage, ashes, rubbish and other waste matter within the county.

I elect representatives to government office to solve community problems. I feel betrayed when legislators or executives abdicate this responsibility. The recycling expense issue addressed by this proposed local law is “passing the buck”.

The increased costs of recycling will be paid, or recycling will not happen.  Recycling is acknowledged as a common community good and is State law mandated. Recycling must happen and therefore must be paid for. Efficient recycling at the lowest total cost seems best managed at the County level.

The “tax cap” is politically sensitive, but is not so sacred that it cannot be exceeded.