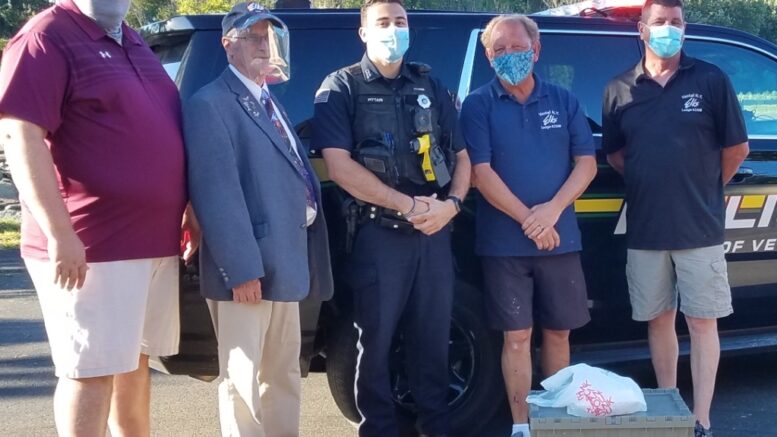 Vestal Police Department was one of the local police agencies that enjoyed a free chicken dinner given to them by the Vestal Elks Lodge during their "Pay It Forward Event". Pictured is Mike Sage, PSVP; Phil Holowacz, PSP, Vestal PD officer; Exalted Ruler John Pooler; and Chris Battaglini, PER. Provided photo.

The Vestal Elks Lodge #2508 recently hosted a “Pay It Forward” event in which lodge members donated chicken dinners to seven local police agencies. The staff at the Dick’s Sporting Goods Open (DSGO) contacted the lodge with concerns about how the lodge and other charities they support would handle the loss of revenue that was usually generated from the Open. After much discussion, DSGO decided to hold a chicken barbecue to benefit those charitable organizations that would normally receive funding as a result of the Open. 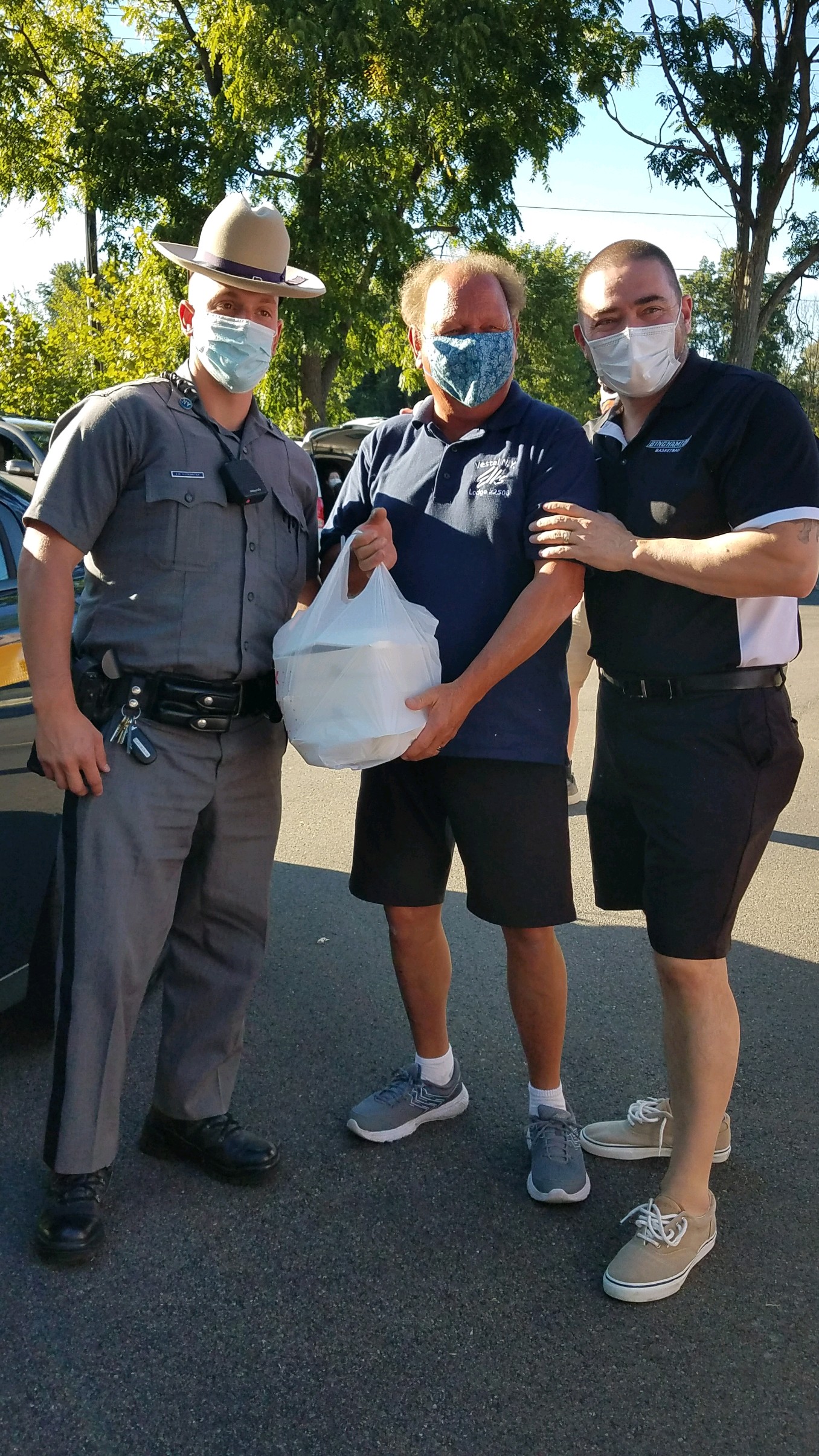 Endwell State Troopers were one of the local law enforcement agencies that enjoyed a free chicken dinner given by the Vestal Elks Lodge #2508 during their “Pay It Forward” event. Pictured is one of the troopers from the Endwell State Police, Lodge Exalted Ruler John Pooler, and Senator Fred Akshar. Provided photo.

When asked why this event was so important to the lodge, Exalted Ruler John Pooler stated, “We want to show support and thank the men and women in blue that are out there protecting us in these unprecedented times. This is what Elks do – Elks care, Elks share.”

Be the first to comment on "Vestal Elks ‘Pay It Forward’"