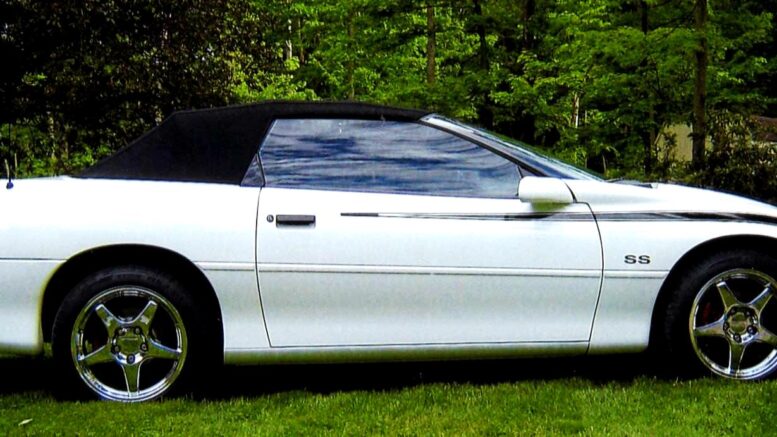 Q: Greg I read your column every week in the Susquehanna County Weekender and your columns bring back memories of the muscle cars my friends, family and I owned back in the day. Being born in 1949, I was able to enjoy the vehicles of the 50s, 60s and 70s and I took my driver’s license test in my brother’s yellow and white 2-door post 55 Chevy.

Then I got married, and after raising four kids I started looking for another car. I bought a 1996 Camaro Z28 SS convertible, white exterior, with a six speed. It has a Torsen rear and 40,000 miles. This was the first production year of the SS Camaro since 1972. I added striping and changed the silver painted ZR1 wheels for chrome ZR1s.

So, is the 1996 Z28 SS the only year that can claim this dual title? Keep up the great work on your feature stories. Dave Cronk, Montrose, Pa.

A: Dave, the answer is yes because SLP had the blessings of the Chevrolet division to make the necessary high-performance upgrades on its Z28 to turn it into an official Z28 SS with full factory warranty.

First, let’s explain who and what SLP is, right from its homepage. 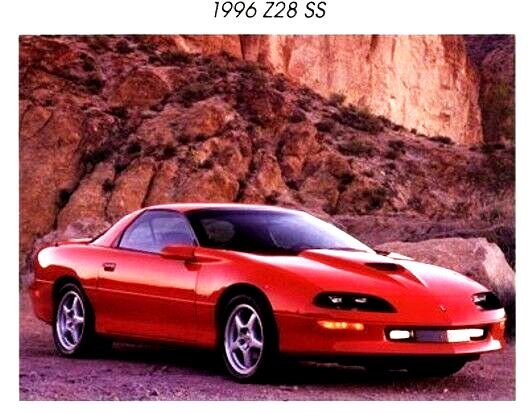 “Established in 1987, SLP has stood for quality performance enhancements for late-model American muscle cars from the beginning, and it continues this commitment today. SLP’s initial claim to fame says it all: It was the first company in the performance aftermarket to develop and manufacture a 50-state emission-legal performance package – specifically for V8 Camaros and Firebirds. True to its name (“Street Legal Performance”), the vision of SLP’s part program is to not just provide performance, but to do so with the best engineering practices and quality possible, far exceeding the industry standards.

Zeroing in on your 1996 Z28 SS, things got very interesting back then as the company continued its good relationship with General Motors, converting its Z28 that year into the official Camaro Z28 SS.

The only year that a Chevrolet Camaro came with both Z28 and SS designation was 1996, proven by this badge that is attached to the interior console. (Cronk Collection photo)

A total of 2,263 1996 SLP Z28 SS models were built and most important for you is that just 264 were convertibles. Your SLP conversion was number 904 that year according to the Z28 SS production plate photo you included with your letter.

In 1997, SLP also offered the similar SS package, but I don’t see any Z28 SS logos on items like the floor mats, engine cold air assembly, or the car cover listed on the option sheet that link these two famous badges.

To further strengthen your feelings that 1996 was the only Z28 SS year, I found this 1996 press release by SLP founder Ed Hamburger, a noted drag race champion and businessman noted initially for his Hamburger’s racing oil pans.

“When SLP received approval from Chevrolet in 1996 to offer the SS base package and other options on the Camaro Z28 model, it marked the re-introduction of the SS nameplate after a 24-year absence. Right from the start, response from the entire Chevy team and its dealers, performance enthusiasts and media has been, and continues to be, overwhelmingly positive,” said Ed Hamburger, founder and president of SLP Engineering, Inc. 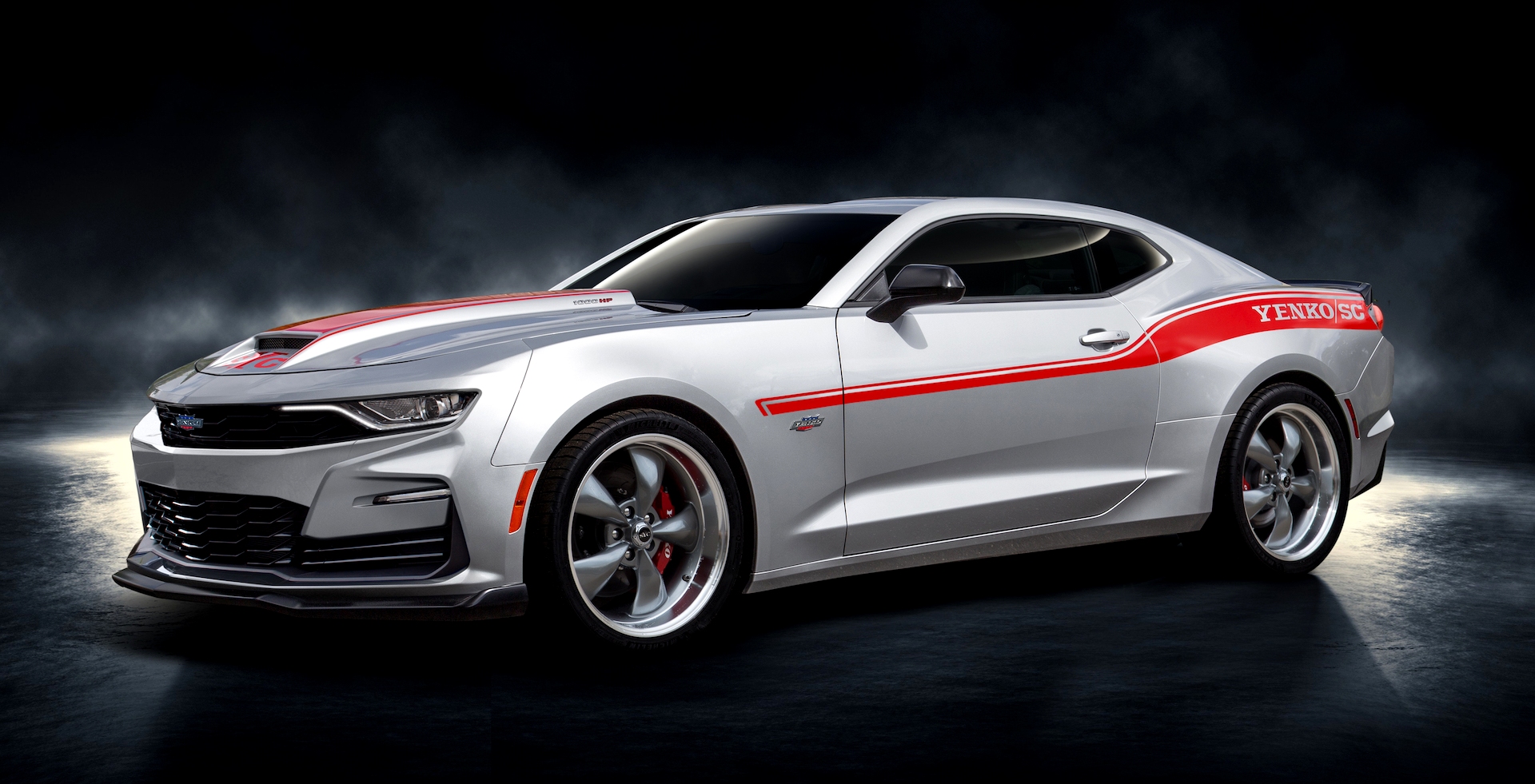 “The 1996 Camaro SS instantly became the new benchmark in affordable F-car high performance. Even though the overall sports car segment experienced double-digit sales declines in each of the past two model years, Camaro SS increased its momentum,” said Hamburger.

So, these quotes confirm that the Z28 and the SS badges were indeed united in 1996, solidifying that for just one year there was an official Z28 SS Camaro.

In summary, one of the most important benefits about these special vehicles is the fact that Chevrolet and Pontiac offered full warranty on the SLP upgrades. SLP has been in the business of Firebird and Camaro conversions dating back to 1991 with the Pontiac Firebird Firehawk and extending right on through GM’s 2002 F-Body final year when they ended its 4th generation run.

Thanks for your letter and photos Dave, and your kind words. Good luck with your rare, SLP 1996 Camaro Z28 SS.

(Greg Zyla is a syndicated auto columnist who welcomes reader questions or comments of collector cars, auto nostalgia and motorsports at 303 Roosevelt St., Sayre, Pa. 18840 or email at greg@gregzyla.com.)