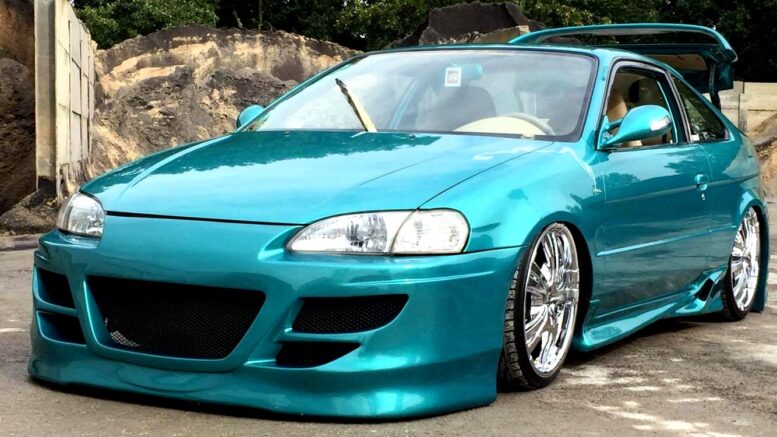 Although the Toyota Paseo sold fairly well in the U.S., when it reached its final year in 1997, Toyota did not produce a replacement and it disappeared from its production run. In Canada, the Paseo lasted until 1999. Today, the youngsters that make up the “foreign car tuner” market still seek out the Paseo to modify and hop them up. This is a prime example of a Toyota Paseo tuner. (Compliments Toyota)

Q: Greg I read your “Collector Car Corner” features in the Bloomsburg Press Enterprise here in Pennsylvania. Thank you for your talent and expertise on classic cars.

I am interested in your advice on a car that I own. It is my granddaughter’s first car when she got her driver’s license and is a 1997 Toyota Paseo convertible.

She graduated from high school in 2015 and in August shipped off to the Great Lakes Training Center. After that. The car was driven into a gravel pit we have on the farm and abandoned. After looking at the car sitting on my property, I decided I would take a closer look at it.

I put battery cables to the battery from another vehicle and within minutes it was running. I drove it to higher ground since it was parked in a flood plain. As for its condition, our granddaughter slid on snow one night coming home from her after-school job and went into a snow bank. She bent the right front fender, broke the right turn signal light, and broke the right side-view mirror. I believe sometime in the summer she and friends took the top down. When they went to put it back, they broke the latches that close and latch the top. 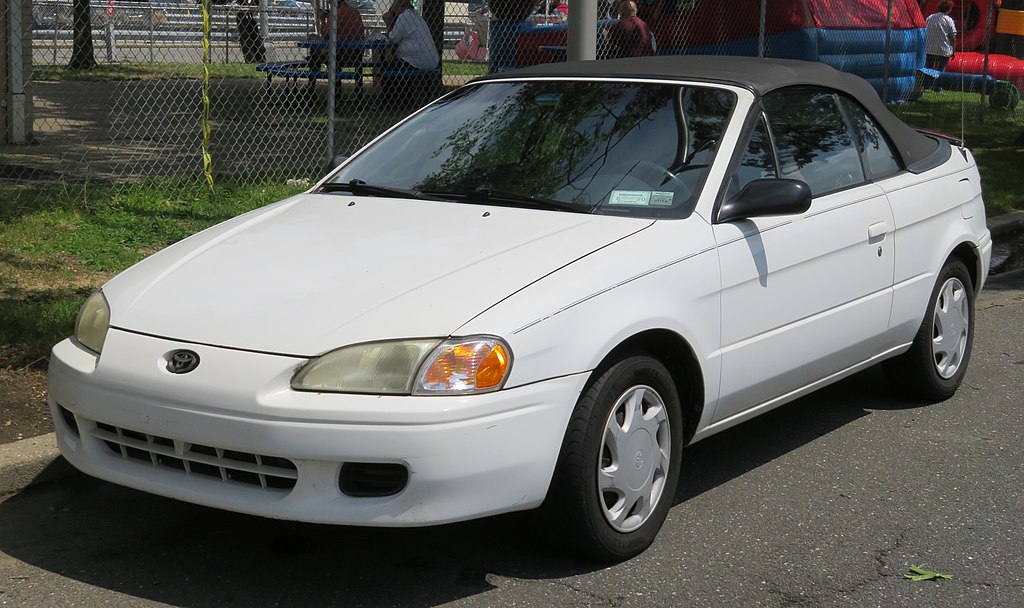 A Cabriolet (convertible) was introduced in 1997, its final year here in the states. Although they are rare, collector car enthusiasts don’t seek them out. (Compliments Wiki Commons / Kevauto)

At the time (2016) I gave serious thought about restoring the car. How serious? I bought a right rear-view mirror through a local junkyard dealer. He could not get me the turn signal light assembly or fender’ however, he was kind enough to give me the information of junkyards that had the items. I drove from Shickshinny, Pa. to east of Hackettstown, N.J. for right and left front fenders. The right turn signal was in Washington, D.C. area. The yard there was scrapping a convertible. Had I known and had a trailer, I could have bought it and brought it home for parts. However, we did cut the front edge of the convertible top to get the latch assembly.

Since November 2017, my world turned upside down with health issues. I am forced to abandon the thoughts of restoring the vehicle. The car was manufactured in October 1996 and was No. 726 according to the mfg plate. I’m not certain, but I believe the odometer showed 174,000 miles. The rocker panels need to be replaced and there are some rust spots that can be repaired. The driver’s side seat back is worn through revealing foam rubber where the seat belt rubbed the fabric. I believe there was one or two cigarette burn marks in the back seat. My granddaughter did not smoke, so it may have been the previous owner who caused that.

The question comes down to, do I try to sell the car to someone who is interested in restoring it or junk the car? I am leaning toward trying to sell because (1) junk cars aren’t worth much now that the Chinese aren’t buying scrap from US. (2) there aren’t many Toyota Paseos around, (3) it is a convertible of which there would be even fewer, (4) just for nostalgic reasons I believe it is worth restoring, (5) I am willing to sell it for a reasonable offer, say $500.00. I have more than $800 invested in the car, not including insurance, time, and travel for parts.

I am not versed in where to sell such a vehicle outside of eBay. Could you give me some suggestions where collectors look to find their rough gems?

Thank you for your time and I appreciate your thoughts in advance. Gahrad Harvey, Shickshinny, Pa.

A: Gahrad thank you for your extended letter, including how proud you are of your granddaughter Clorissa, who has literally been around the world in her duties while serving in the U.S. Navy.

As or the Paseo convertible, I wish I had better news about its current collector car value. Originally a 1997 Toyota Paseo convertible retailed for $16,728 and was built on the Tercel subcompact chassis. Introduced here in the states back in 1991, Paseo went through two generations, the second beginning in 1995 and ending in 1997, the year you own. The convertible is rare, as it was introduced in that final year of 1977. 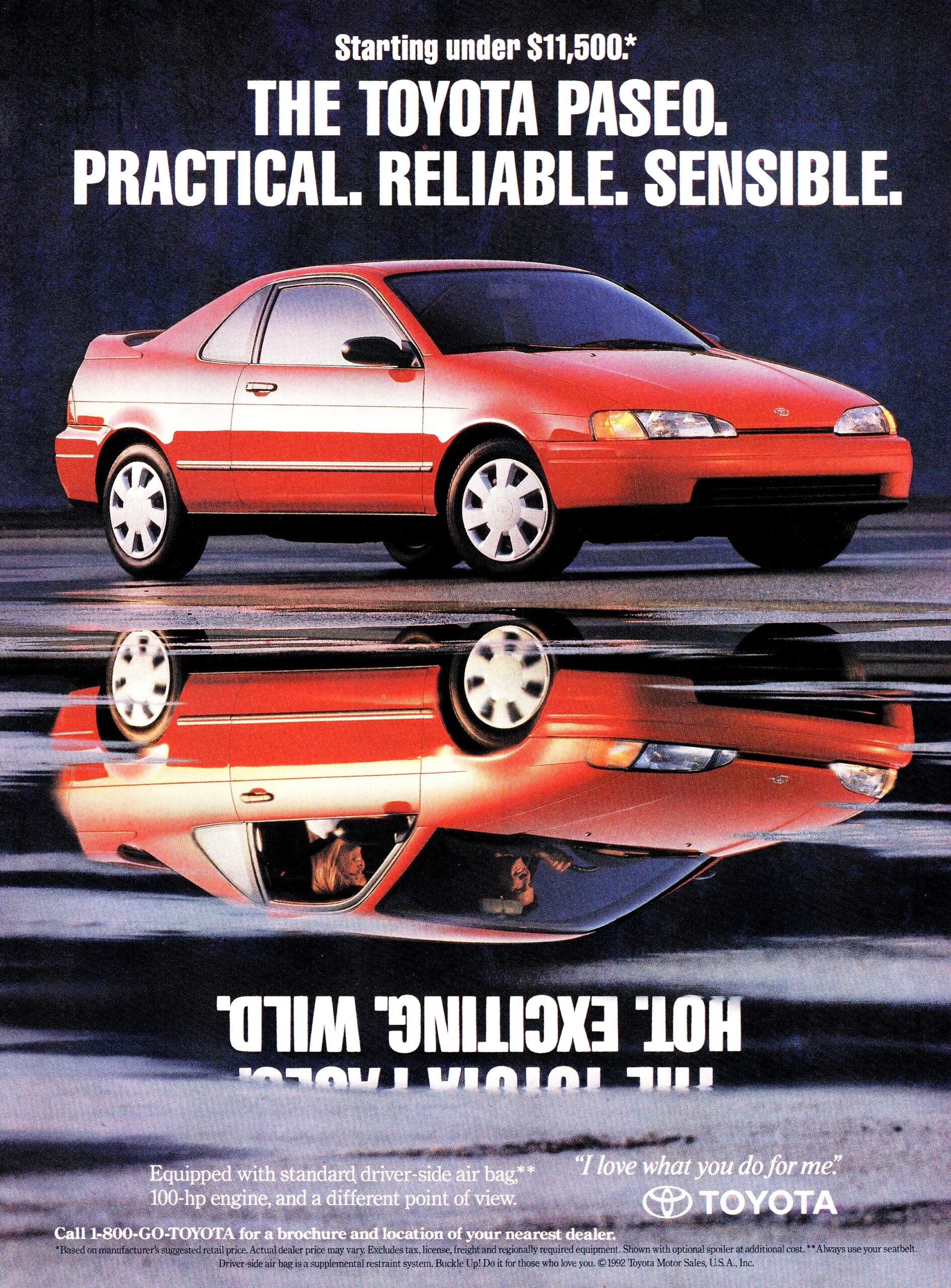 The Toyota Paseo was introduced in 1991 and lasted through 1997 in the U.S. market. It was built on the subcompact Tercel platform. (Compliments Toyota)

In my opinion, you are better off putting the car up for sale for $500 and hoping to find a buyer, specifically a youngster who wants to hop it up for the popular, foreign car tuner market, which is still booming.

There is no other collector car value I can attribute to this vehicle, and considering the difficulty in finding parts, the necessary repairs both seen and unseen, your Paseo just won’t justify any worthwhile return on investment other than an expensive, albeit great memory, with your granddaughter.

If any readers are interested, I will forward your contact information to them but in the meantime, I’d first run a classified ad in your area newspaper and if you can’t find a buyer, try Auto Round-up or Hemmings Motor News magazines, then eBay or Craig’s List. You just might find a youngster that wants to “trick it out” to become a masterpiece in the young “tuner” market.

Good luck and thanks for your kind words.

(Greg Zyla is a syndicated auto columnist who welcomes reader questions on collector cars, auto nostalgia and motorsports at greg@gregzyla.com or at 303 Roosevelt St., Sayre, Pa. 18840.)

Be the first to comment on "Collector Car Corner – 1977 Toyota Paseo; is it worth restoring?"