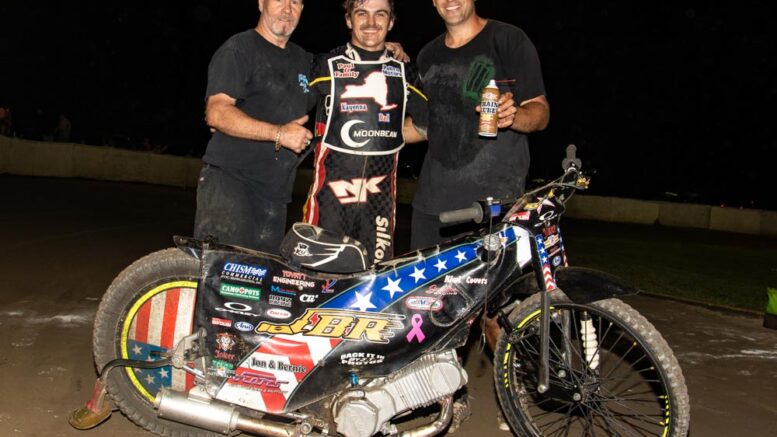 For the second week in a row, Champion Speedway was rocking with a nice spectator turnout, full pits and some incredible racing! The temperature was in the 90’s again and just as hot on the track!

The evening was dedicated to the Memory of Jagger Roberts, a young ATV rider who sadly passed away last season at a local Hare Scramble event. A large field of ATV racers were on hand to support the evening as well.

In semi one, Donholt did have some heat on him from Clark but fended it off for the win. Clark would gain the direct transfer to the Main as well with Diem and Hollenbeck going to the last chance.

Portararo handily won the second semi with Oakden grabbing second and McBride third. Brookes was the final rider to stay alive with a spot in the LC.

Hollenbeck made a nice start in the last chance and despite quite a bit of pressure from McBride, was able to hang on for the last spot in the Scratch Main.

The excitement was building up for the Scratch Final of the night as Donholt as been the dominating rider the past few years at Champion and Portararo had been showing some incredible quickness in earlier heats. Many fans felt it may be Portararo’s night to win and were anxious to see their first matchup of the night. 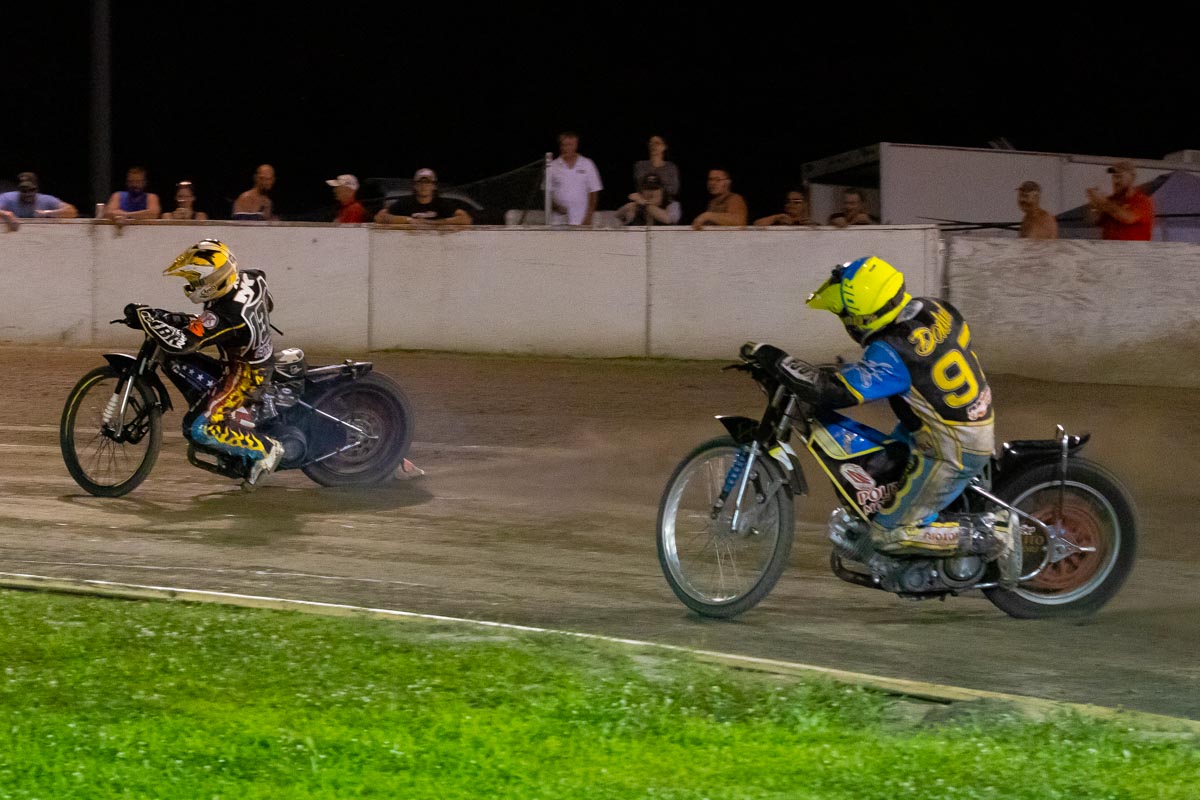 Portararo drew gate one, Donholt gate two, Oakden three, Clark four and Hollenbeck five. On the first try, Donholt and Clark collected themselves in turn three and it brought out a re-start. On the second try Portararo, Donholt and Oakden all went down in turn two, which resulted in a third attempt.

The fireworks were beginning as Donholt got caught up on Clark’s rear wheel in turn two again on the third try and they both went down.

To the relief of the crowd all riders were brought back one last time and on the fourth blast off it was Donholt who used his excellent gating ability to clearly gain the lead in which, at one point on lap two was approximately a seven or eight bike length lead at one stage over Portararo, who had passed under Clark for second.

It was at this time East Coast fans witnessed pure speed they have not seen in years, as Portararo started to squeeze everything he could on the outside line from his Justice Brothers / Sammy Tanner Arai / Tanks Auto / Scotts Headers /  Oury Grip / Terenzi Auto backed JAWA. In an incredible effort “Sideways,” Spencer Portararo used blinding speed to reel in Donholt and pass him on the Outside on the final lap to the wild cheers from those in attendance!