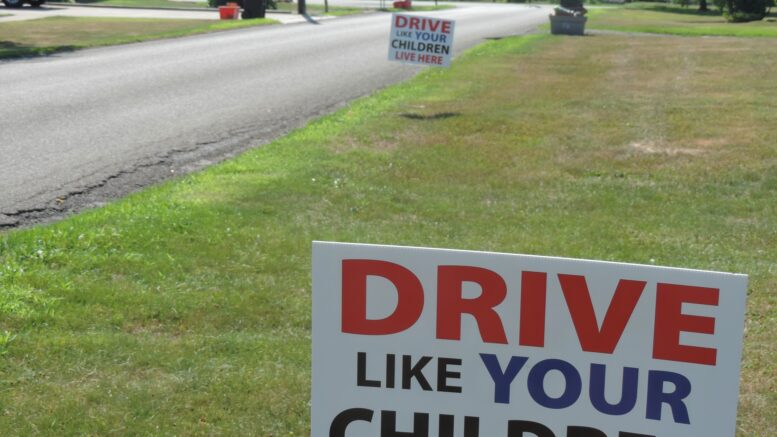 Pictured is a sign, "Drive Like Your Children Live Here." Several residents on Thorn Hollow Road in Owego would like drivers to take notice, and slow down. The awareness effort started about three weeks ago and is designed to help prevent an accident. (Photo by JoAnn R. Walter)

About three weeks ago, Owego, N.Y. resident Reginald Every placed a sign in his front yard that reads, “Drive Like Your Children Live Here.”

Every visited a local business in downtown Owego, Anything Artistic, and paid out of his pocket to have several signs made. He passed the signs out to neighbors who also wanted to take part in an awareness initiative.

That awareness initiative is to slow down traffic on Thorn Hollow Road in Owego.

The sign features bold lettering in red, white and blue, and was designed so that motorists could see them easily. Now, several signs are posted in close proximity to each other so that drivers take notice.

Every’s daughter, Karen Andrews, who lives in the Charleston, S.C. area, comes home to Owego nearly every summer to visit her father. Andrews remarked, “The signs are a preventive measure to bring about awareness, and to potentially prevent an accident.” 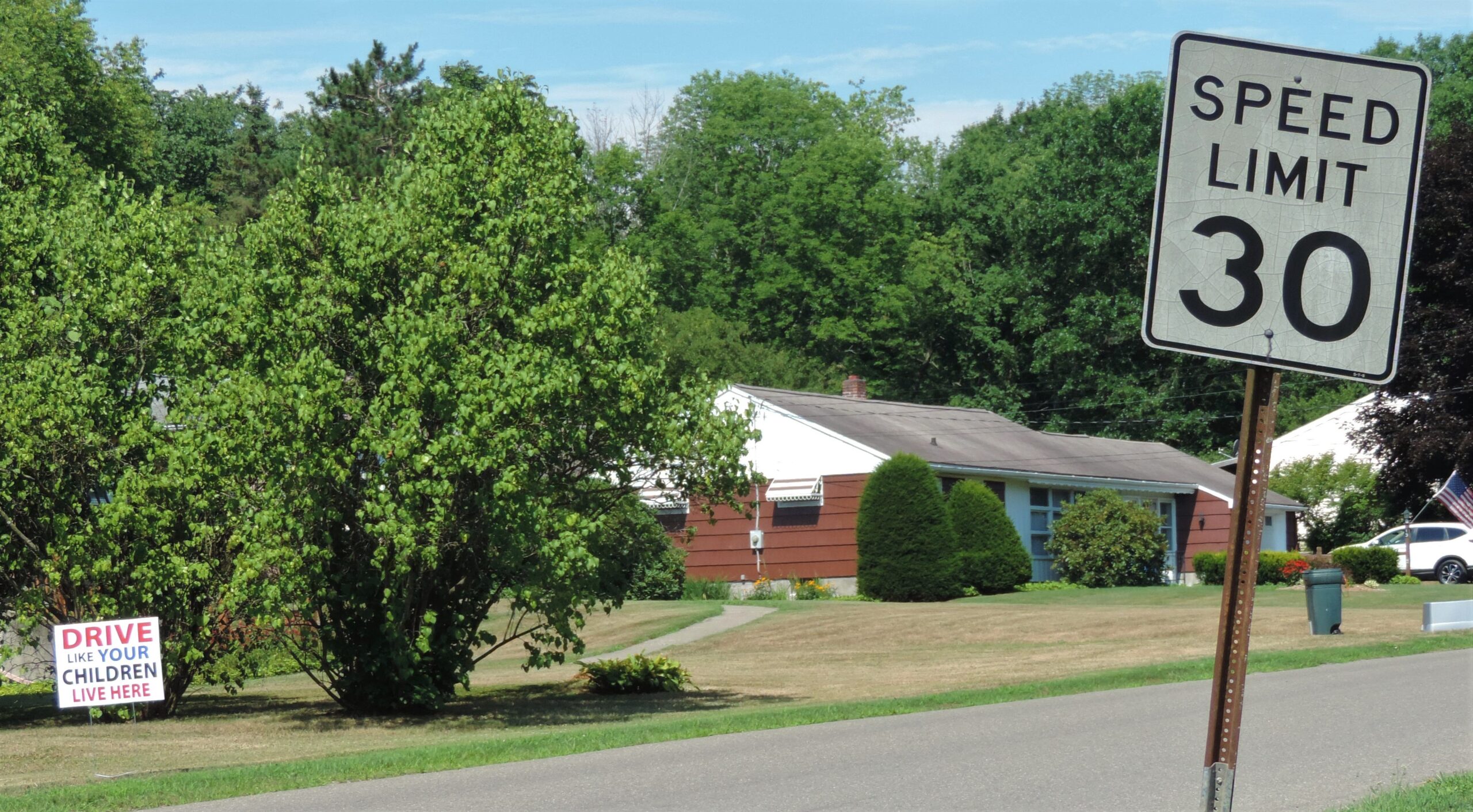 Pictured is a section of Thorn Hollow Road in Owego, N.Y. Residents of the neighborhood have placed signs that read “Drive Like Your Children Live Here” in a concerted effort to bring awareness to motorists to slow down. (Photo by JoAnn R. Walter)

The Every’s and their neighbors hope that drivers will be more conscience of their speed on Thorn Hollow Road, and particularly in the Gail Drive area as well as at the stop sign at Glenmary Drive. The speed limit is posted at 30 M.P.H. Every and Andrews have reached out to local law enforcement about patrolling the speed limit on the road.

Since the signs were placed, Every and Andrews have noticed that there are some drivers who have slowed down.

Andrews said that although Thorn Hollow Road is “in a country setting,” drivers should be cognizant that the Gail and Glenmary Drive intersections are in a residential cluster, and young children live there. In fact, Andrews shared that neighbors have discussed their fears of a car going too fast and ending up in a front yard prior to the stop sign on Glenmary.

On one recent afternoon while porch sitting, Andrews and Every counted 85 vehicles going up and down the road from approximately 4:15 p.m. to 5:15 p.m.  Every often wonders where all of the cars come from or go to. Further up the road, Thorn Hollow intersects with West Beecher Hill Road.

Every moved to Owego in 1957, and where he worked for 33 years at IBM, including a short period at the Poughkeepsie facility. He recalls that Thorn Hollow Road was a dirt road when he first moved here, and not long after, a residential neighborhood replaced cornfields now known as Gail Drive.

For today, though, it’s Every’s mission, he said, to be part of a neighborhood watch. A watch on speeding traffic, that is. He explained that he’s watching out for his neighbors, while at the same time encouraging drivers to slow down.  Every and Andrews hope the effort makes a difference and also inspires other neighborhoods to do the same.