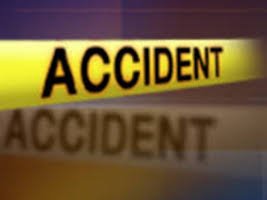 Sayre Borough police found themselves exceeding 100 miles per hour at times during an early Sunday morning chase last week that took them through Milltown and into New York State before the white Toyota Corolla they were pursuing crashed into a fence.

According to court documents, Frederick James Davidson, 29, of Waverly, admitted to smoking meth twice in the 24 hours leading up to the chase and crash, with the most recent time being around noon.

Police first noticed Davidson’s vehicle on Spring Street in Sayre shortly after midnight as it crossed the centerline twice and had a faulty muffler. Police attempted to pull Davidson over after he turned onto Cayuta Street without a turn signal, but his vehicle sped up to around 60 miles per hour as he continued down the center of the road.

After turning onto Shepard Road, the Toyota was clocked at around 90 miles per hour, and then exceeded 100 miles per hour once the chase continued on Route 17C and over various roads to Route 96 before Davidson’s attempt to turn right onto Tuttle Hill Road in the Town of Candor ended up with him crashing through a section of wooden fence.

Police said Davidson was sweating profusely and speaking extremely fast when they approached him. He was taken to Guthrie Robert Packer Hospital by Spencer EMS due to his elevated blood pressure and pulse.

Davidson was sent to the Bradford County Correctional Facility on $50,000 bail. A preliminary hearing is scheduled for July 28.