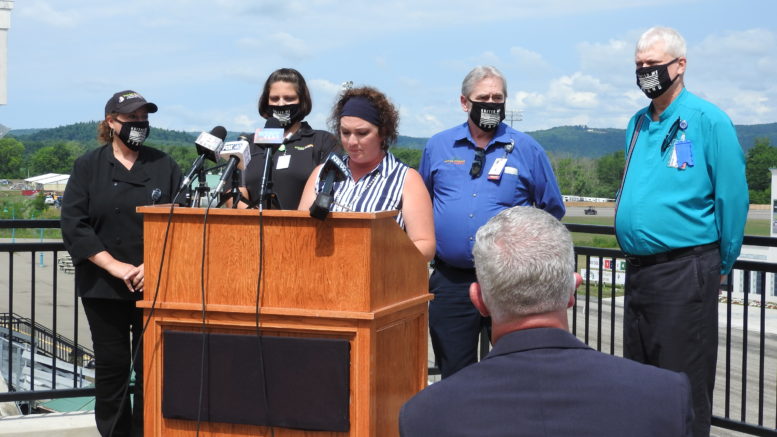 Members of the Workers’ Union at Tioga Downs address guests and the media on Friday from the Patio at P.J. Clarke’s, a restaurant located within the Nichols, N.Y. facility. The union’s efforts are on safety, and they all agreed that Tioga Downs has a safe opening plan. (Photo by Wendy Post)

On Friday, lawmakers and officials from around the region gathered on the P.J. Clarke’s patio at Tioga Downs Casino and Resort to show their support and to call on Gov. Andrew Cuomo to re-open Tioga Downs. The casino in the Towns of Nichols remains closed, even though they have submitted plans and made major investments for a safe reopening.

“Our plans not only meet, but they exceed things,” said Tioga Downs General Manager Charlie Otto.

“We have the best plan in place as far as safety,” he added.

Charlie Otto, general manager at Tioga Downs Casino and Resort, located in Nichols, N.Y., addresses local officials and the media during a conference held Friday to rally support for Jeff Gural, owner, and to call on the governor to bring the conversation to the table. (Photo by Wendy Post)

This isn’t owner Jeff Gural’s first challenge he’s faced from the state. When Albany selected Southern Tier casinos for approval back in 2014, they initially chose a location in Tyre, New York, an area not normally classified as the Southern Tier. Eventually, and after a two-year battle, Gural was awarded a casino license in 2016.

Since that time, Tioga Downs has employed thousands and donated hundreds of thousands of dollars to agencies serving those in need throughout the region.

Now, officials are rallying around Tioga Downs once again and pushing the governor to make a decision on casinos.

“We fought as a community,” said New York State Sen. Fred Akshar (R-52), who attended Friday’s press conference, adding, “Today is about continuing that fight here in the Southern Tier.”

Owner Jeff Gural has expressed that residents in New York are going elsewhere to gamble when they could be enjoying going out near home. And the officials that gathered on Friday agreed.

“It’s time to reopen Tioga Downs and get its employees back to work,” said Howard.

“We have many Broome County residents that work at Tioga Downs,” said Garnar, adding, “They are a huge job creator and they give back to the community.”

Garner stated that Broome County also receives an approximate $1.5 million kick back from Tioga Downs each year, dollars that have helped him to balance his budget.

“If we can keep Walmart open, we can open Tioga Downs,” Garnar added.

Members from the workers’ union at Tioga Downs also spoke and commended the governor for containing the virus. “However,” they continued, “we are asking the governor to now bring casinos to the table.” 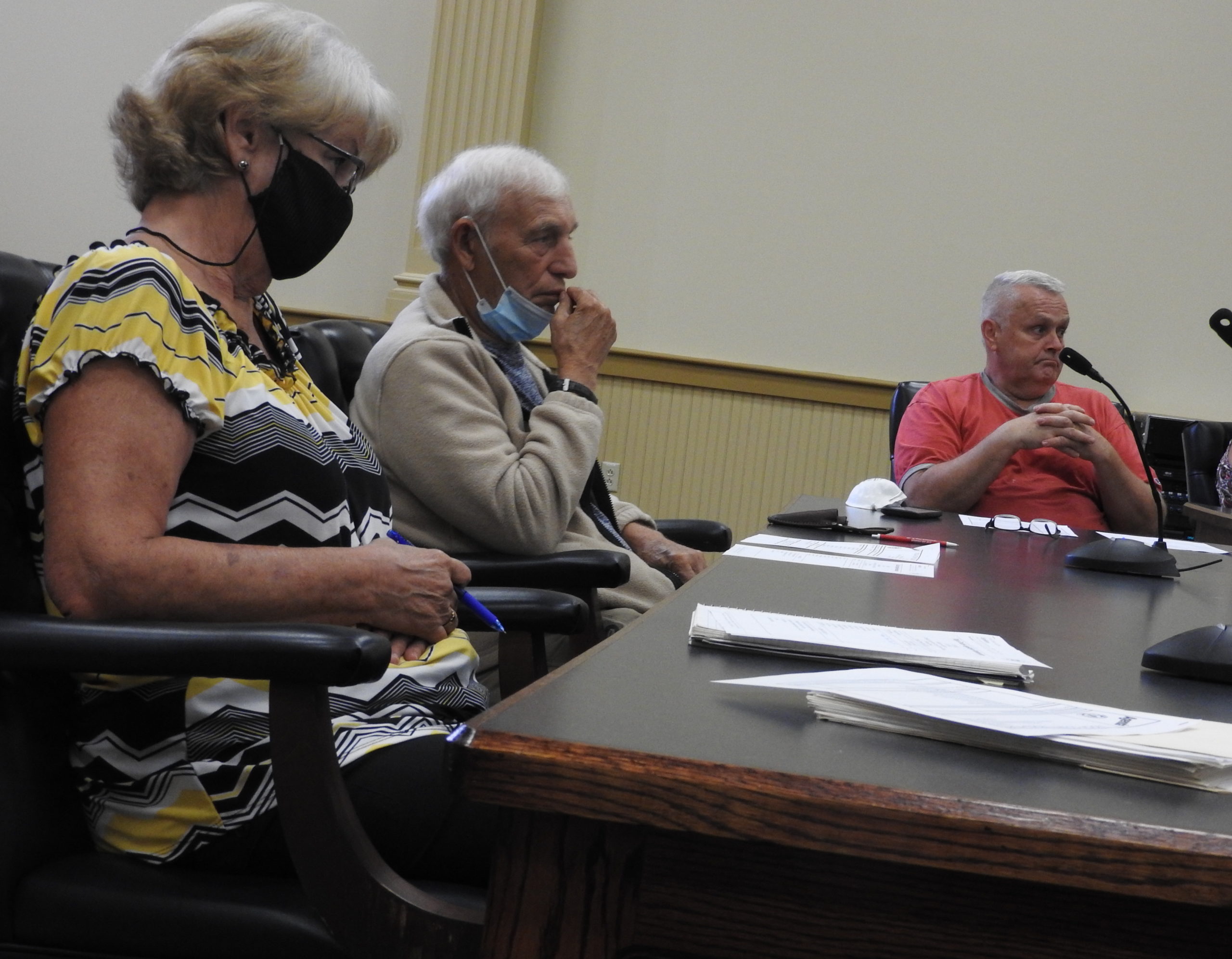 Friday’s meeting followed a resolution approved by the Tioga County Legislature Thursday that is calling on Cuomo to support the Southern Tier by re-opening Tioga Downs.

Last week the casino and resort was listed in New York State’s Worker Adjustment and Retraining Notification (WARN) database as being slated for closure and the layoff of personnel at both its Nichols casino and its racino in Vernon, New York if things couldn’t be re-opened.

“We are aware the governor is busy, but we need our Tioga Downs open,” said Sauerbrey, when she opened the resolution for a vote on Thursday.

She noted that Tioga Downs provides over 600 jobs in Nichols and over 900 total with its sister facility Vernon Downs.

“If we’re doing so good in New York state, people need something to do,” said Legislator Loretta Sullivan during Thursday’s meeting, adding, “People from around the state can travel here to the casino and stay local.”

Legislator Dennis Mullen stated on Thursday, “Tioga Downs provides tens of millions for all counties, and hundreds of jobs. We need them open.”

“He has done so much for this community,” added Legislator Sullivan.