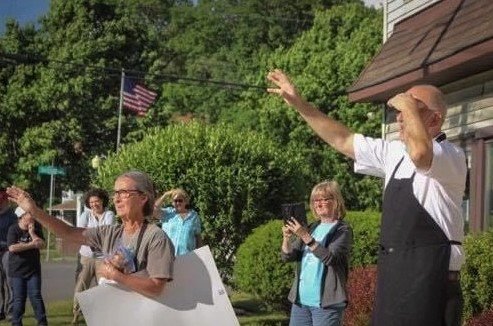 A car parade was held on June 12 through the streets of Van Etten, N.Y. in honor of Ruth and Bob Bowen. The Bowen's restaurant, McAnn's, a favorite in the community, has closed its doors after 46 years. Provided photo.

McAnn’s Restaurant and Liquor, located at 3 Waverly St. in Van Etten, N.Y., and a cornerstone of the community for more than four decades, has closed its popular eatery.

The restaurant’s lights were turned off on June 13; however the liquor store will remain open until inventory is depleted.

After 46 years of inviting multiple generations through the front door, and where they lived for 20 years in the upstairs of the property, the owners, Bob and Ruth Bowen, made what they said was a tough decision, and that is, “We have decided to retire.”

For many, McAnn’s was a go-to gathering place and “social hub,” and, for many more, it was a relaxing and welcoming retreat for good eats and drinks.

Bob shared that it has been his wife, Ruth, and affectionately called “Aunt Ruthie” to many, who kept the social atmosphere thriving at McAnn’s. Ruth would often be found reminiscing or catching up on the latest news with patrons, and never shied away from celebrating special occasions or singing the “Happy Birthday” song to customers. 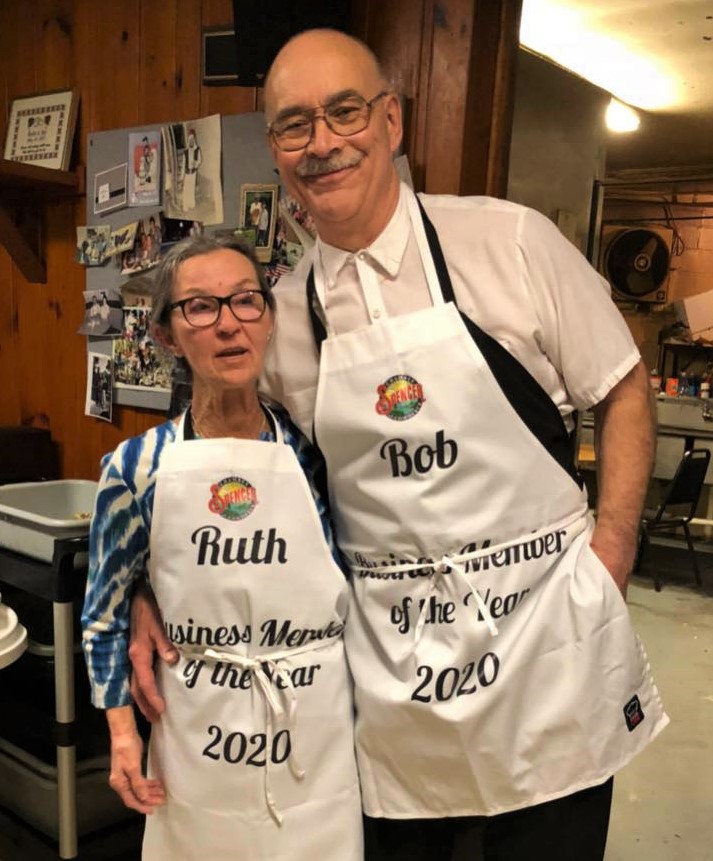 Pictured are Ruth and Bob Bowen, owners of McAnn’s Restaurant and Liquor in Van Etten, N.Y. The business, a community staple for 46 years, has closed its doors. The Bowen’s made the decision to retire. Provided photo.

McAnn’s, located in the heart of the town, drew steady traffic from Van Etten, Spencer, Candor, Newfield and Waverly, and beyond.

Bob explained that the name McAnn’s was coined in 1958 from the first names of previous owners, Mickey and Ann, and part of the Sandusky family who operated the business from 1948 until 1974. At one time, the business also included a hotel.

It was 1971 when then 19-year-old Bob, a Spencer native, started working at the restaurant. A remarkable opportunity for a young entrepreneur soon evolved.

After three-plus years working at the restaurant, Bob was presented with what he said was, “A once-in-a-lifetime opportunity” – becoming the owner.

Bob commented that he would be forever appreciative of the Sandusky’s for their mentorship in the early days of operating the restaurant.

The business became all-in-the-family when Ruth and daughter Kelly, along with a few part-time helpers through the years, became part of the team while Bob manned the cooking station. Son Ryan also worked at McAnn’s, and has since embarked on his own business venture.

From chicken and biscuits every week for seniors, to a crowd-pleasing fish fry on Friday, it was McAnn’s chicken wings, Bob said, that patrons raved about most.  Bob recalled it was 1983 when chicken wings first came to the area.

The Bowen’s were recognized last year as the Business Member of the Year by the Spencer Chamber, and have also been an integral community partner.

The Bowen’s were honored on June 12 with a send-off-tribute car parade, which was a surprise planned by the community.

Bob remarked that the parade lasted about an hour and featured fire trucks and countless others, and was what he described as “very touching.”

It is the Bowen’s hope that another owner will step up to the plate. Once final tasks are complete, Bob said the property would be put on the market.

The Bowen’s had contemplated retirement for a few years, but once COVID-19 restrictions took effect and their business was limited to curbside orders, it was then the couple decided it was time.

Unlike other businesses that are slowly re-opening or perhaps having to make the decision to close their doors due to COVID-19, the Bowen’s are instead looking forward to retirement. One plan is to visit their son and family in Florida.

The Bowen’s thank the community for their patronage throughout the years.

Be the first to comment on "A bittersweet ending"