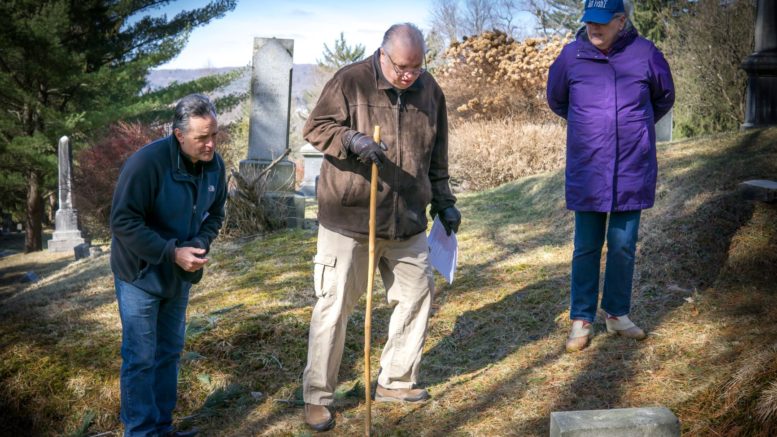 A Virtual Tour of Evergreen Cemetery in the Village of Owego (listed on the National Register of Historic Places in 2002) has been launched by local historians in partnership with Team Tioga and Small Town 360. This interactive tour allows users on mobile devices, tablets, or PC’s to explore the cemetery on foot or virtually and learn about some of the notable people buried there. Each of the over 126 biographies (curated by Owego Town Historian Peter Gordon) is geo-located on both a Google Map Satellite View and a rendered map. 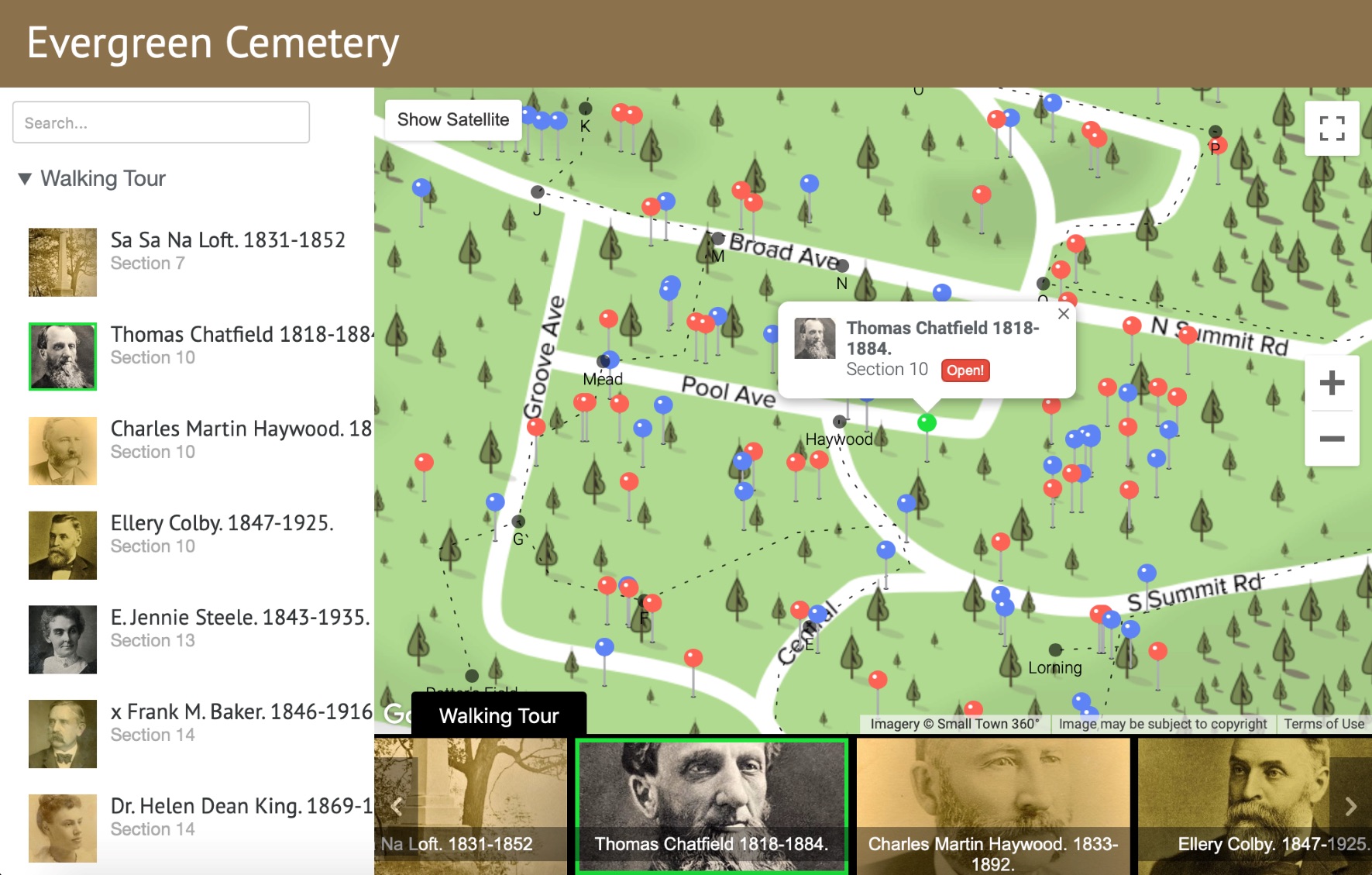 Screenshot of the Virtual Tour of Evergreen by David Coleman.

Founded in 1851 Evergreen Cemetery, the municipal cemetery of the Village of Owego was an early and archetypal example of the “Rural Cemetery” movement. Set on a towering hillside, with monuments reaching to the sky, Evergreen was designed as a park-like setting away from the increasingly crowded Village. Later additions were designed in the Lawn Cemetery style.

It is the final resting place for over 9,200 residents, important not only to the history of Tioga County, but to the state, the nation, and even some whose lives had impacts world-wide. 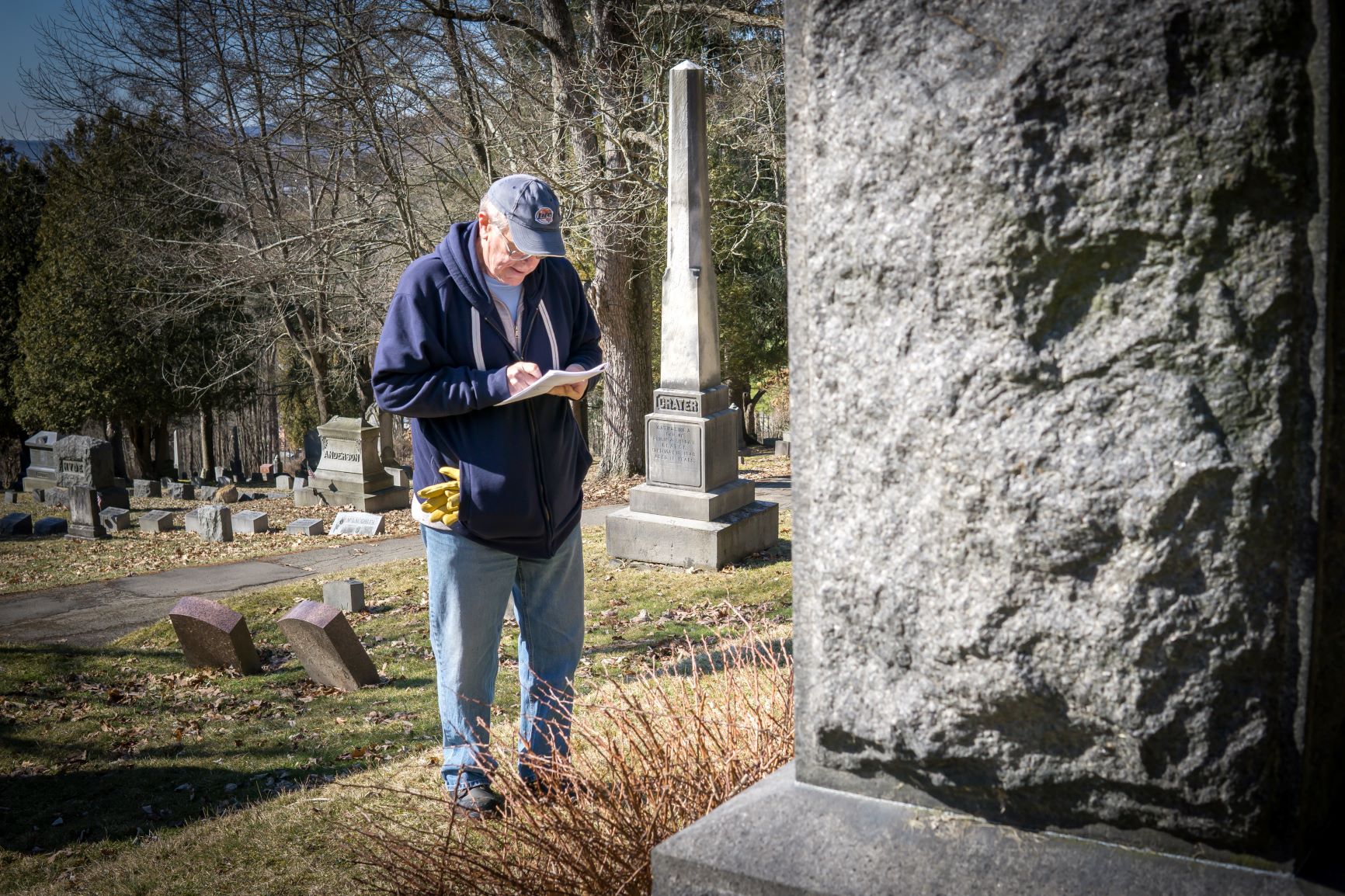 The Evergreen Cemetery Virtual Tour engages users with portraits and narratives to travel through the cemetery and learn more about the lives of over 126 people buried there. Of special interest is the Sa-Sa-Na Loft monument, a 17-foot white marble obelisk, at the highest point in the original cemetery. This monument is believed to be the oldest monument in the United States dedicated to a Native woman, and the second oldest monument to a Native person.

The monument, high above the Village of Owego on East Beecher Hill, offers panoramic views of Owego’s Village, the Susquehanna River Valley at a place the Onondaga called Ahwaga, “where the valley widens,” a view the Erie Railroad used in its advertising for its “Ramble Through the Southern Tier,” a view facetiously suggested as from Binghamton to Elmira. 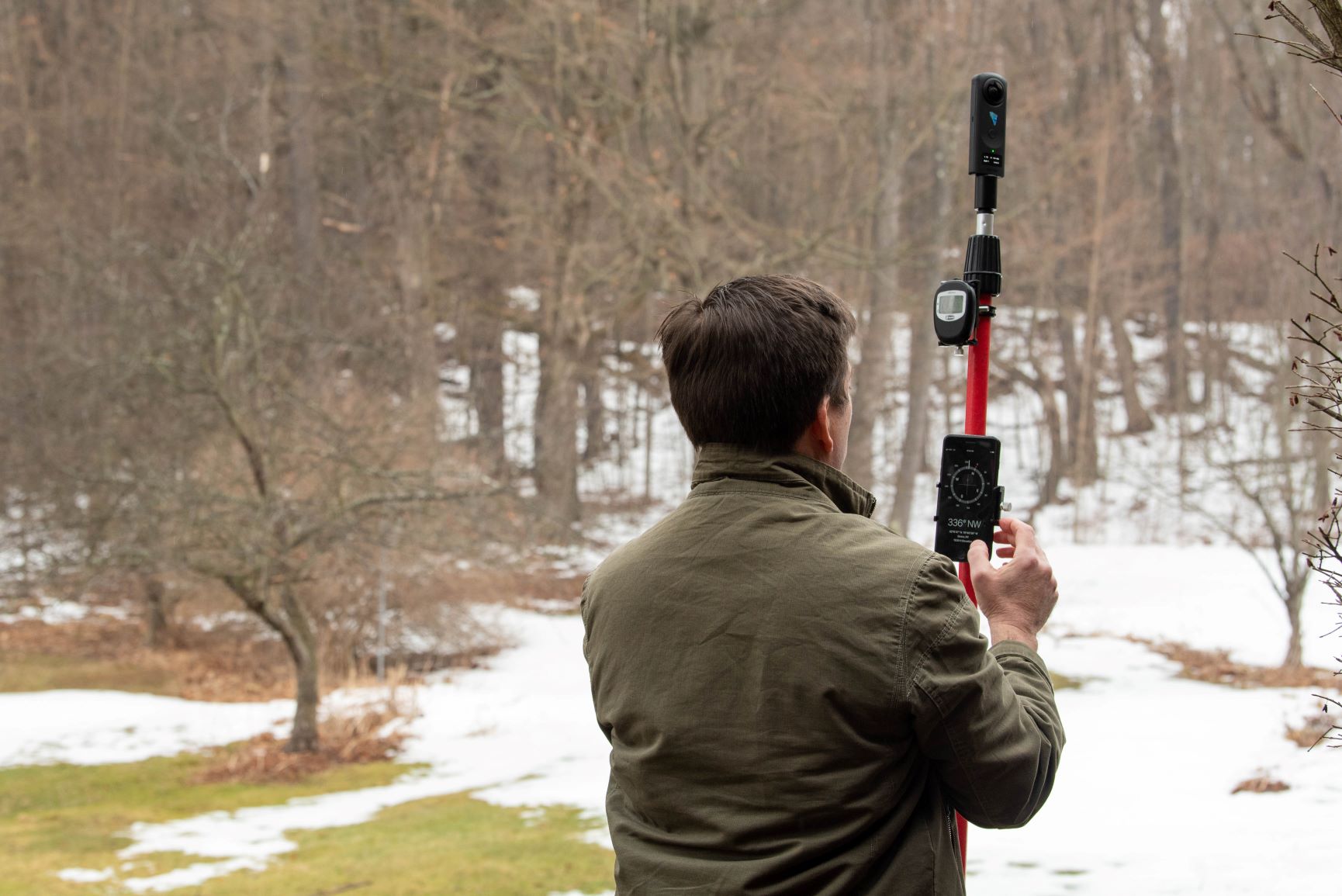 Visit Helen Dean King’s grave and learn about the most important American woman scientist of the early 20th Century. Learn about Oscar Barton, who at the time of his death was the oldest Federal Civil War veteran in the Eastern U.S. Spencer Pumpelly, who pitched in one game for the old Washington Senators, came home to Owego. Eudora Burgess donated hundreds of Mathew Brady’s original Civil War photographs to the Tioga County Museum.

Users can follow a suggested walking route, clicking on dots along the route to view the individual graves in that area. Zooming in on the map users can see each grave marked with a pin. Click to learn more about the person buried there and see pictures. Users can also search by person in the list at the left of the screen. The Virtual Tour also has an “Ask the Historian” feature where users can record a question for local historians. 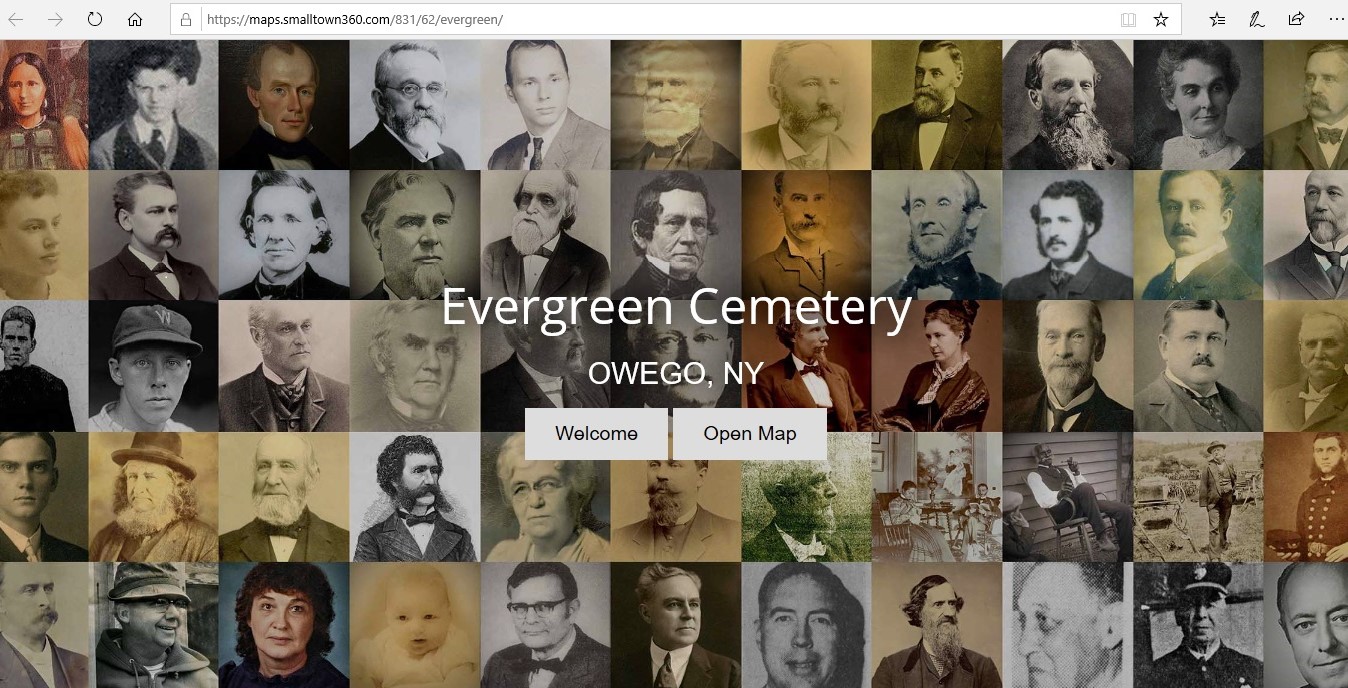 The tour was developed by David Coleman of Small Town 360, a company that serves upstate companies with services such as 360 photography, virtual tours, website development and mapping.

The Evergreen Cemetery Virtual Tour can be found at https://maps.smalltown360.com/831/62/evergreen/ or on www.experiencetioga.com.