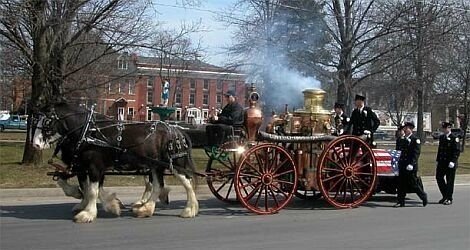 The 153-year-old Owego Fire Department Amoskeag Steam Pumper, known as the “steamer,” has not been operational since the late 1980s. In 1987 the steamer was the oldest licensed operating steam pumper in the nation.  Deterioration and “thinning” of the steamer’s boiler have rendered it unsafe for operation at present. The hose team will restore the steamer, making it operational again and build an appropriate showroom or “steamer house” for this rare piece of American fire service history presenting historical, educational, and training opportunities. 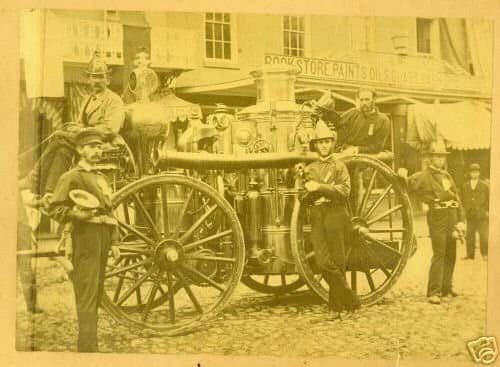 Members of the Ahwaga Steam Company #6 of the Owego Fire Department at the turn of the century. Provided photo.

“The grass doesn’t grow long under the feet of members of the Owego Hose Team,” said hose team volunteer Patrick Gavin. He added, “We’re excited to get running with this new project.”

Once described as the “Pride of the Owego Fire Department,” the steamer was purchased for $4,500 in 1865 by the Village of Owego with $1,000 worth of hose a significant investment at the time. Manufactured by Amoskeag Manufacturing Company of Manchester, New Hampshire, the 4,500-pound piece is rare in that its frame is designed in the shape of a harp. The steamer served the village with fire suppression from 1866-1926. The value today of such a unique piece of fire service history is priceless. 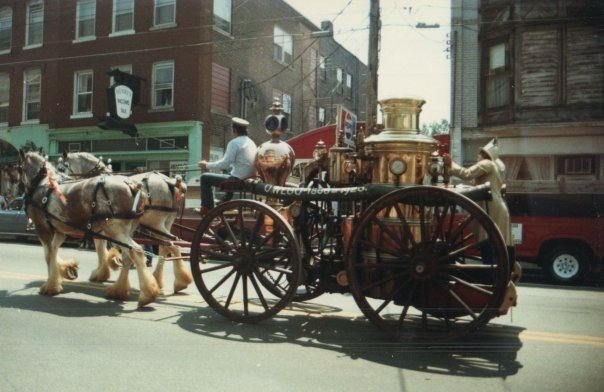 In addition to restoring the steamer, the hose team is building a “steamer house” like one located in Marathon, N.Y. to showcase the piece. Constructed of cedar wood frame and glass solarium walls for 360 degree viewing with steeple supporting an antique fire bell, the building will be located next to Owego Fire Station #2 on North Avenue. Owego’s steamer house will have two bays, to accommodate the department’s 1939 Sanford Hose Truck.

The hose team estimates the steamer restoration and steamer house to cost in upwards of $100,000. To date significant financial support has been secured from the Mildred Faulkner Truman Foundation in the amount of $40,000 and the Fannie C. Hyde Charitable Trust in the amount of $10,000 for the project.  Firehouse Subs of Ithaca, New York will be selling subs on Monday, June 1 through Saturday, June 6, from 11 a.m. to 7 p.m. at Owego Central Fire Station with a portion of proceeds benefiting the steamer project. 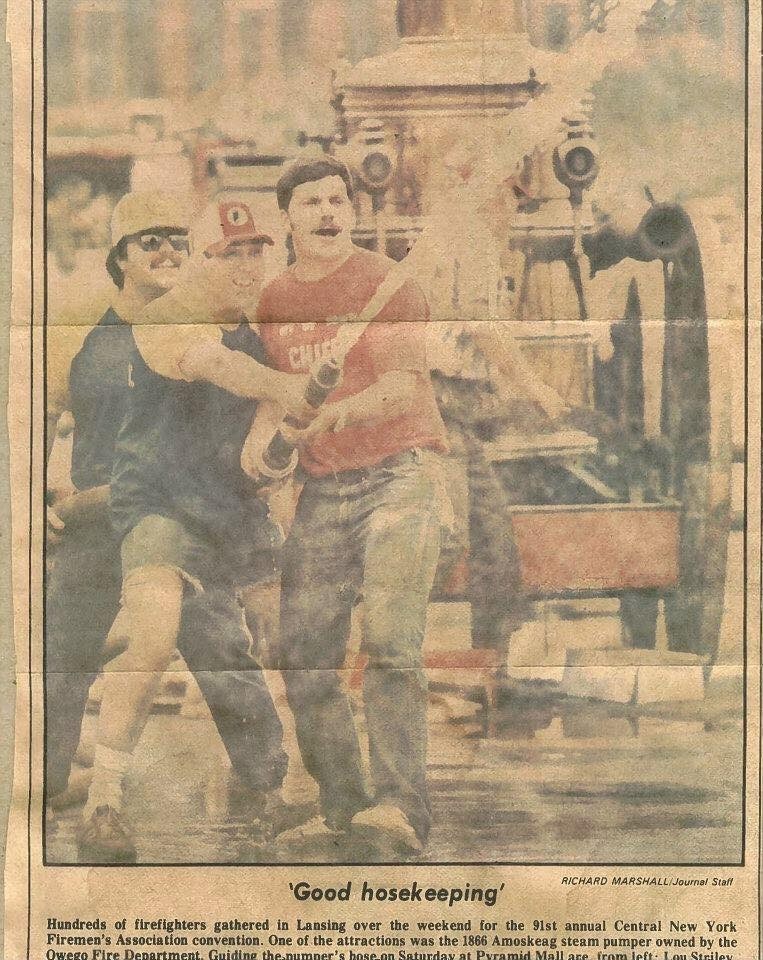 Individuals can also contribute to the project by participating in the hose team’s “Steam Booster” donor program.  For a $100 tax-deductible contribution, name(s) will be placed on a cast iron bronze plaque that will proudly hang on the steamer house building. Donors will receive a letter and certificate thanking them for their donation.  Donors can also purchase benches that will surround the steamer house. Information on the “Steam Booster” and bench program is available at the hose team’s website, www.OwegoHoseTeams.com.

Invented out of desperation in the early 1850’s when volunteer firemen with hand-operated engines could not control fires, steam fire engines soon revolutionized firefighting throughout the world. One steamer could exceed the firefighting capacity of several hand engines, needing 150 firemen. 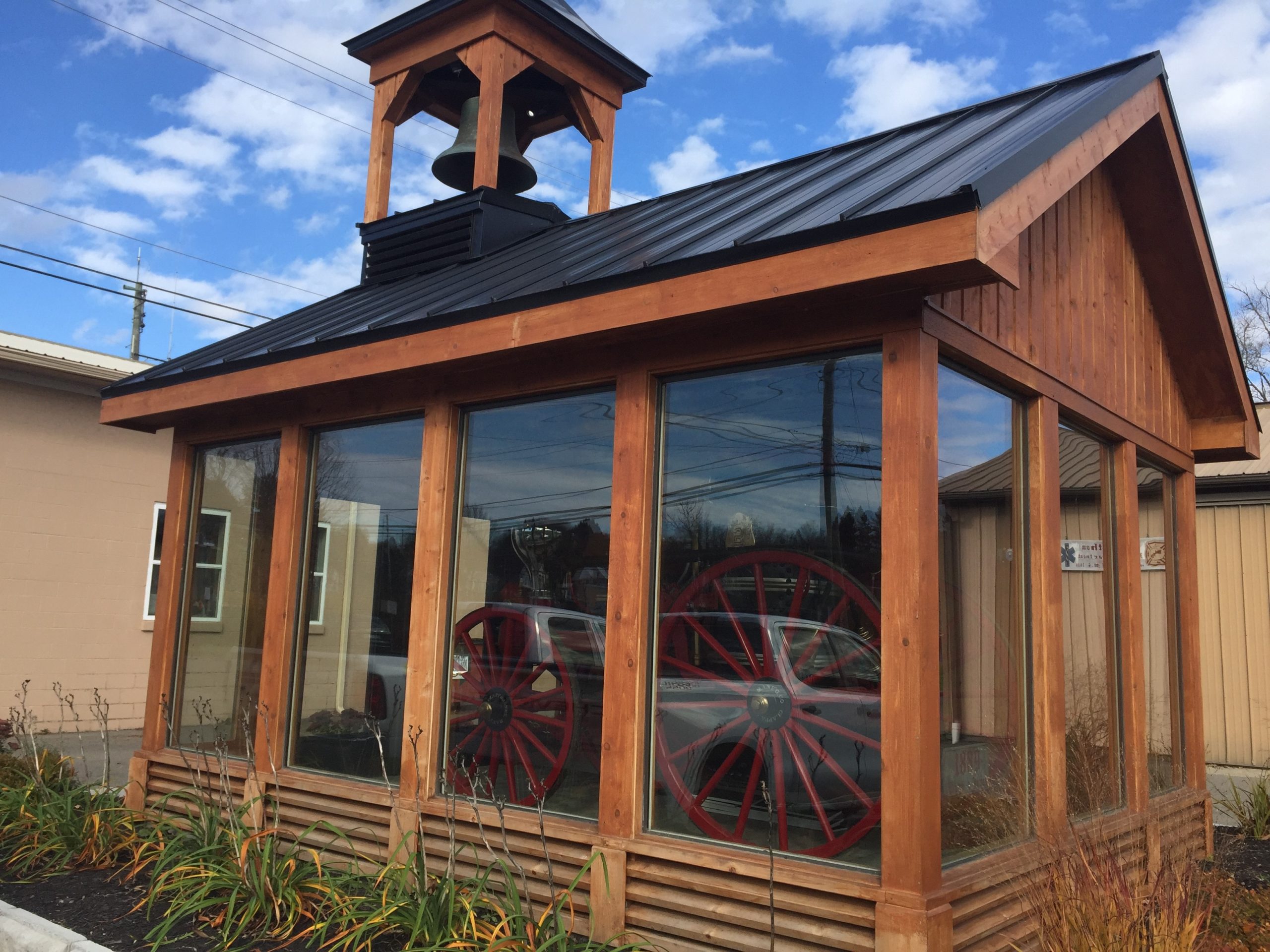 Post 1917, cities and towns converted from steamers to motorized engines powered by gasoline. During the six decades of steam fire engine manufacture, more than 80 firms turned out roughly 5,000 of them, of which 80 percent were built by eight manufacturers including Amoskeag that built 853, the third most of any manufacturer including Owego’s. Less than 400 steamers are known to survive in the world with the biggest exodus of the once proud steam fire engines occurring during World War II scrap drives. Hundreds of steamers were donated to the war effort.

Owego’s Amoskeag Steamer survived, thanks to caretakers like Jim Mead of Early Owego Antique Center and the late Bob Kispaugh, who passed away in 2004. The hose team will carry on the steamer work of Jim and Bob, continuing Owego’s vast and well-known history in the fire service and reclaiming the steamer’s title as “the oldest licensed operating steam pumper in the United States.”