Tioga County, New York’s Legislative Chair, and a Regional Representative for the state’s oversight committee, addresses the media on Wednesday during her weekly press briefing, held at the Legislative Auditorium in Owego. (Photo by Wendy Post)

During Wednesday’s press briefing with Tioga County’s Legislative Chair, Martha Sauerbrey, it was announced that the Southern Tier, which Tioga County is a part of, can begin opening for business. The 4-Phase plan is part of Governor Andrew Cuomo’s NY Forward Plan for re-opening New York, and the plan is available online at https://forward.ny.gov. Further guidance can also be found at www.tiogacountyny.com/programs-agencies/covid19/.

As of Wednesday, the county had 117 positive cases, 86 in mandatory quarantine, 43 recovered, and 20 fatalities, 19 of which surrounded Elderwood at Waverly. 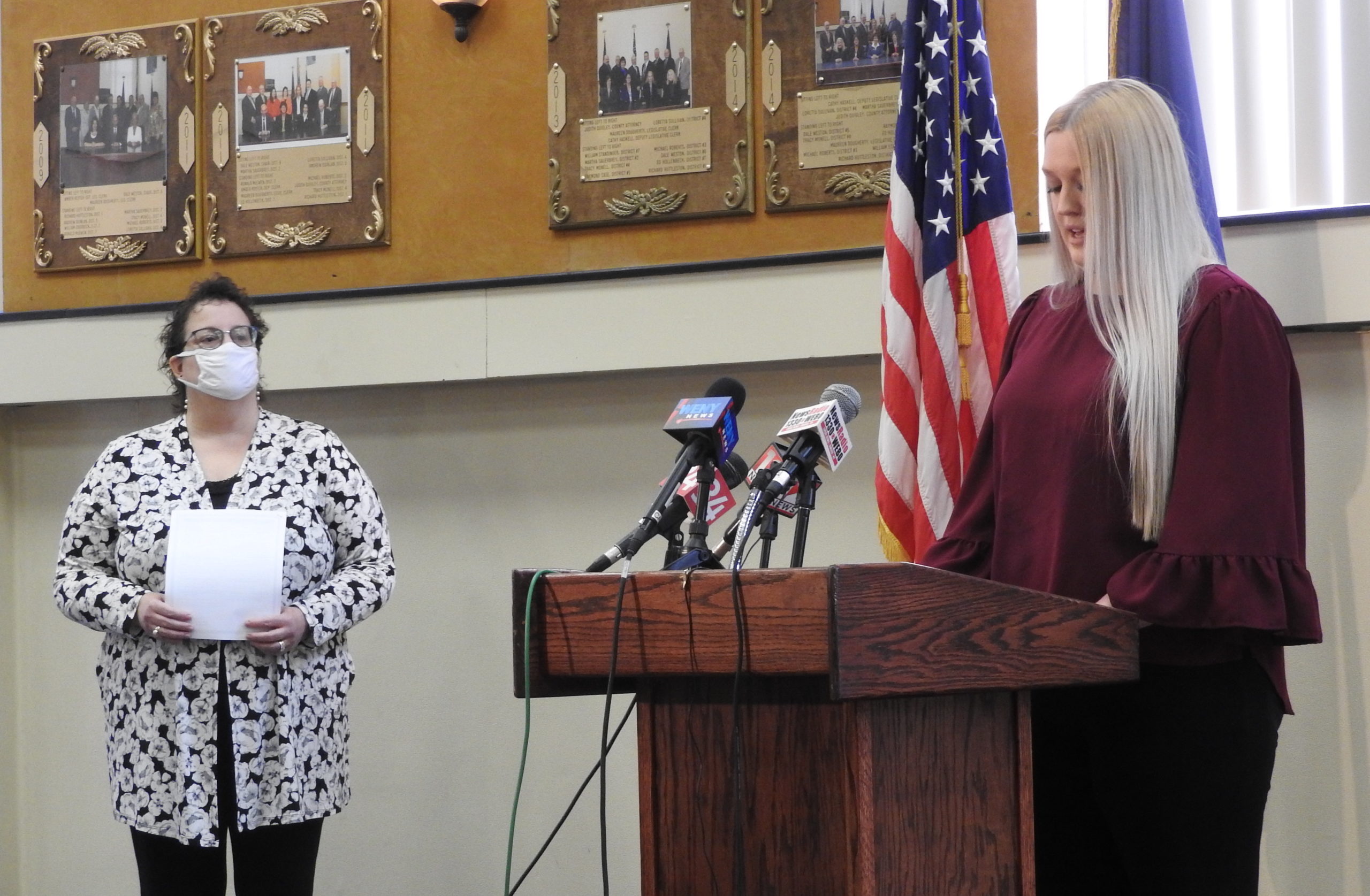 “These things aren’t meant to take away your freedoms,” said Holochak, adding, “It’s meant to protect others.”

Holochak also encouraged residents to get testing, which is available in both Ithaca and in Binghamton. Visit www.tiogacountyny.com/programs-agencies/covid19/ to learn more.

Elaine Jardine talked about the census, and encouraged residents to visit my2020census.gov to make the count. 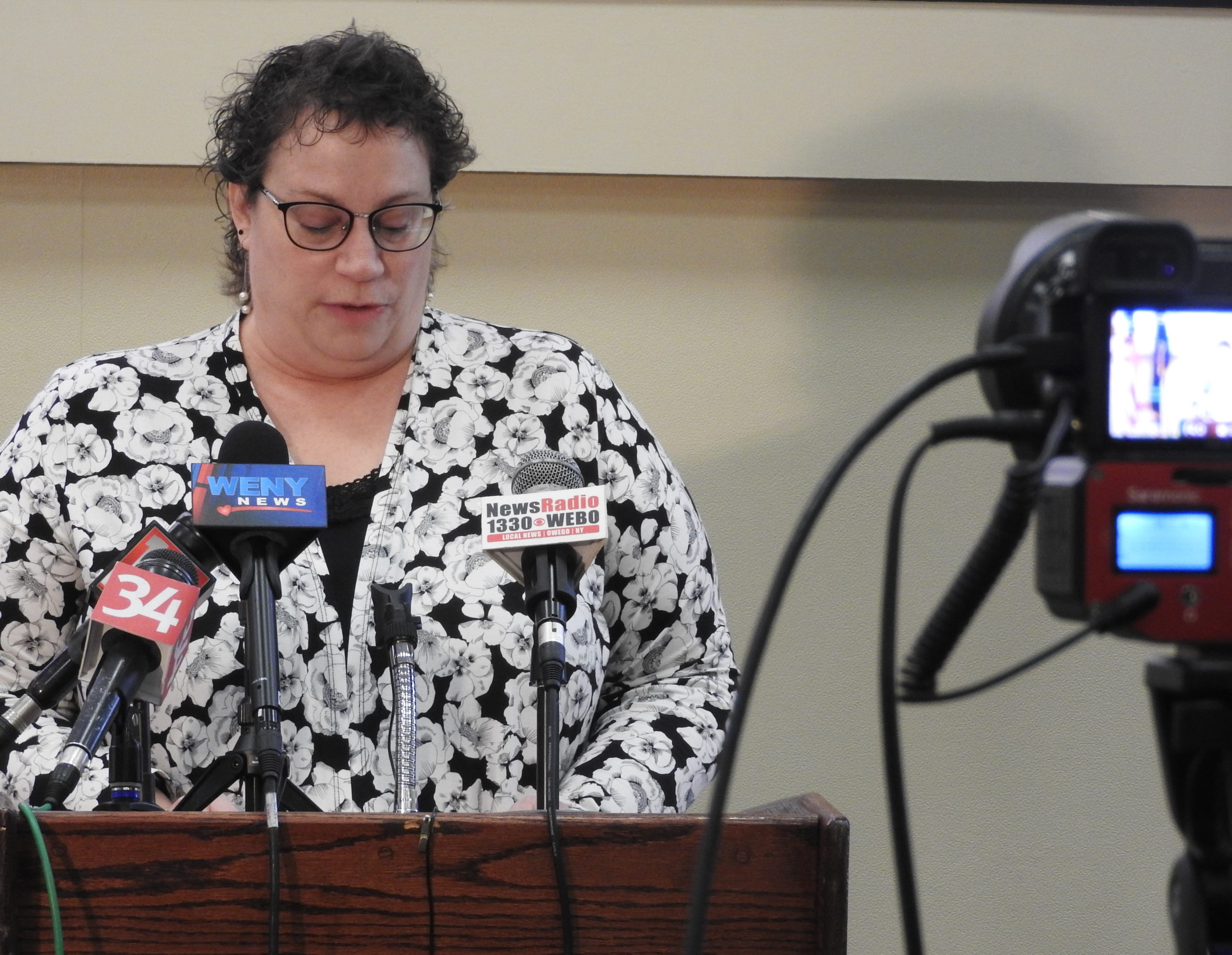 Elaine Jardine, Tioga County’s planning director, talks during Wednesday’s press briefing about the 2020 Census, which is available to fill out online at my2020census.gov. (Photo by Wendy Post)

“Take ten minutes to answer ten questions that will last ten years,” said Jardine, adding, “Our districts rely on the census count for funding, so this is important.”

Finally, LeAnn Tinney talked about New York’s reopening, which happened on Friday. Tioga County is one of eight counties selected for the opening, which will see two weeks in-between each stage.

Phase 1, according to Tinney, began on Friday; Phase 2 begins on May 29; Phase 3, June 12; and Phase 4 begins on June 26. It is noted that restaurant openings are a later phase, as well as gatherings.

Tinney did note, however, that things seem to change a bit every day. The best thing to do is visit https://forward.ny.gov for a comprehensive list of business type openings, and the protocol that needs to be established prior to opening. 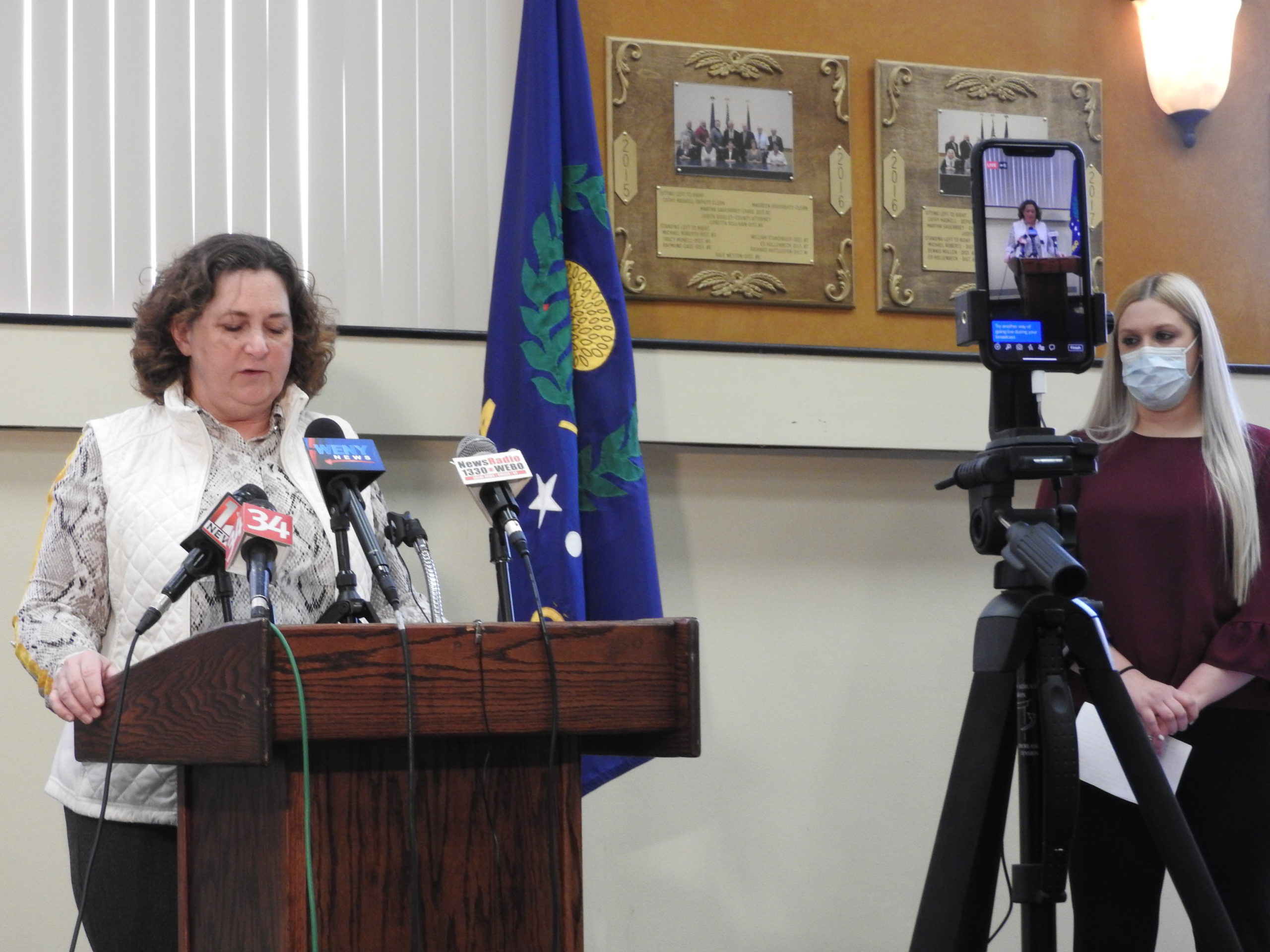 “It’s very challenging,” said Tinney, “to maintain social distancing and the many other things that need to be done.”

As far as how the county’s outlook is, financially, Legislator Sauerbrey stated, “We know the train is coming.”

She did add, however, that the county really won’t know where they stand until some decisions arrive from the governor’s office regarding cuts; we are in limbo.

When asked if any layoffs were being considered within the local municipalities. To that, Legislator Sauerbrey stated, “We’re fortunate, as we’ve been conservative in our spending. We will just have to wait and see where this ends up.”

When posed a question regarding oversight of business openings, and if compliance would be enforced, Legislator Sauerbrey stated that any business involved would be spoken to.

“I’m asking them to follow the rules,” she said.

But many unknowns remain. To date, graduation ceremonies are being worked in some fashion, and will have to be constructed with protocols in place. Large gatherings are further down the road in the reopening process.

When asked about Tioga Downs Resort and Casino in Nichols, N.Y., Legislator Sauerbrey said that she has spoken with its owner, Jeff Gural, and he is at least hoping to get something going virtually with the horse racing; keep the track going.

“Gural has a defined plan,” she added.

Legislator Sauerbrey continues to remind the community to be a team player, and encourages safety, caution, and a carefully reopened economy.

It’s on the horizon.