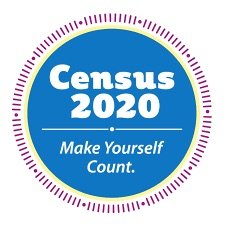 With the 2020 census almost nearly set to begin, Tioga County Officials are trying to get the word out to local residents of its importance and why they should participate. The Tioga County Planning Director, Elaine Jardine, said that population numbers are very tight, and if everything goes perfectly, Tioga should not lose any federal funding or services.

According to Jardine the census bureau has estimated that there are roughly 49,000 people in Tioga County.

“If we can edge that up and get people to answer that would be a successful 2020 census for Tioga County,” Jardine said.

Maintaining a population of above 50,000 is key for federal funding and maintaining representation in the U.S. House of Representatives. During the last census New York State lost three seats in the House.

“The Southern Tier is losing population at a rate higher than the rest of the state. It means less money and less representation, which effects things like day care, libraries, emergency services and more. If you aren’t impacted by this, someone else is. Roads are another area, and the Southern Tier roads need preserving because they are not in great shape; bridges as well. It is in everyone’s best interest to participate in the census,” Jardine said.

“The census also helps with the equitable distribution of public funds, because federal and state funding for things like educational programs, healthcare, law enforcement and highways is allocated based on population. The Census data is used to determine our system of political representation which is critically important to rural Upstate New York,” Sauerbrey said.

The 2020 census will be unique in that it will be the first census designed to allow every household in America to respond online, by phone or by mail.

““The 2020 Census is on mission, on schedule, and on budget to promote an accurate count. Response is important because statistics from the census are used in distributing where hundreds of billions in funding for school lunches, hospitals, roads and much more,” said Dr. Steven Dillingham, Census Bureau director in a press release from February.

Currently, Tioga County is not planning on holding any further informational sessions on the census.

Timeline of the 2020 Census

March: Households will begin receiving official Census Bureau mailings with instructions on how to respond to the 2020 Census either online, by phone, or by mail.

March 30 – April 1: The Census Bureau will count people who are experiencing homelessness.

April: Census takers will begin visiting college students, seniors living in senior centers and other areas with large groups; although this effort will be dependent on the state of the current pandemic.

May – July: Census takers will begin visiting homes that haven’t responded to the 2020 Census in an attempt to make sure everyone is counted.

December: The Census Bureau will deliver apportionment counts to President Donald Trump and Congress as required by law.

March 31, 2021: By this date, the Census Bureau will send redistricting counts to every state. This information is what is used to redraw legislative districts based upon population changes.

Be the first to comment on "Making sure you count!"